Stage presence in all its facets 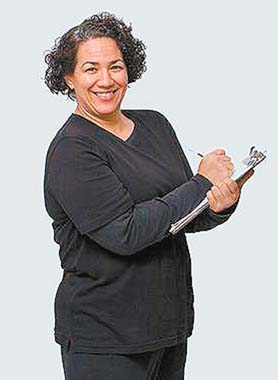 The play’s the thing for Tina Kailiponi, who is directing the ProArts production of “Strangers on a Train,” which opens tonight at the ProArts Playhouse in Kihei. Jack Grace Photography photo

When Tina Kailiponi was in third grade, she was cast as a tree in her elementary school’s production of “Snow White.” While she’d hoped to land the titular role, she says her disappointment was short-lived — and she made sure her leafy character did not go unnoticed.

“I was a very flashy tree,” she laughed.

Kailiponi has felt the magnetic pull of theater ever since. “When I’m in front of audience . . . I feel like I’m home,” she explained.

Kailiponi moved from Southern California to Maui at the age of 22, and not long after she arrived, made her Maui stage debut in a summer production of “West Side Story.” She says the theater community welcomed her with open arms, and she never once felt like the “new kid.”

“I made lifelong friends right away,” she said. 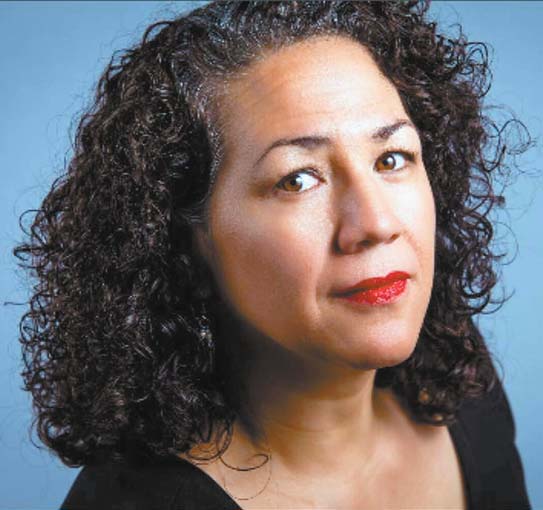 With more than two decades of experience as a stage manager, drama teacher, director and actress, Tina Kailiponi knows her way around a theater.

It was during a 1994 Maui Academy of Performing Arts (MAPA) production of “Cyrano de Bergerac” that she found a new calling. One evening, as she waited behind the curtains for her cue, Kailiponi observed the hive of activity backstage: Black-clad crew members swiftly swapping out set pieces, handing off props and manning the glowing soundboard. It was like a dance, she said — one that was masterfully choreographed by the stage manager.

Considered by many to be the unsung (and largely unseen) heroes of live theater, stage managers are the linchpins of any production. In fact, whoever coined the phrase “the show must go on” may have had a stage manager in mind. Among many other things, they act as liaison between the director, cast and crew; organize all of the technical aspects of a show; and keep track of every scheduling and logistical detail from the first rehearsal to closing night.

It’s no small feat — and that’s precisely why Kailiponi was drawn to it. Soon after, she stepped into the headset-wearing, clipboard-carrying role of assistant stage manager, and eventually, stage manager. Since then, she’s proved her mettle as the organizational backbone for dozens of theatrical plays and musicals brought to life by MAPA, Maui OnStage and ProArts. (She was also part of the running crew for ‘Ulalena at the Maui Theatre.).

In 2011, Kailiponi took on another role. As a teaching artist for MAPA, she shares her passion for acting with students ages 5 to 15.

“I love every minute of it,” she said.

In addition to being as fun as it sounds, Kailiponi says her job is intensely rewarding. Apart from honing their performing chops, her students are building confidence and self-esteem and learning 21st century skills, like communication, collaboration, creativity and critical thinking.

And she’s making a difference outside of the classroom, too. Last Christmas, she rallied members of the theater community to sponsor gifts for 52 kids staying at Ka Hale A Ke Ola Homeless Resource Centers in Wailuku.

Then, in July of 2018, she spearheaded the “Jam the Van” school supply drive at Kahului Shopping Center. Hosted by Surf Rents Trucks, the event rounded up items — enough to fill a cargo van — for Keiki Cupboard, a nonprofit organization that provides school supplies and shoes to students in need. It was so successful that Kailiponi did it again this summer, but took a different tack — she worked directly with parents to create and fulfill personalized wish lists. There’s no greater feeling than making a tangible impact, she said, which is why she plans to continue the school supply drive in the years to come.

Last year, Kailiponi co-directed “Vindication, Scenes from the life of Mary Wollstonecraft” alongside Lin McEwan (who also wrote the play) at the ProArts Playhouse in Kihei. Tonight, she will make her solo directorial debut at ProArts with “Strangers on a Train,” a stage play based on Patricia Highsmith’s 1950 debut novel (made famous by Alfred Hitchcock, who adapted it for the big screen in 1951).

“‘Strangers on a Train’ is a psychological thriller that will take you on a wild ride of who’s right and who’s wrong,” Kailiponi said. “This piece explores how both orderly and disordered lives can lead to ‘abnormal’ behavior, as well as how guilt and pressure can destroy a man’s soul.”

“Strangers on a Train” opens tonight and runs through Sept. 29 at the ProArts Playhouse in Kihei’s Azeka Shopping Center, 1280 S. Kihei Road. For showtimes and to purchase tickets, call 463-6550 or visit www.proartsmaui.com.

There are a couple of tests for COVID-19 — the Nasopharyngeal (NP) swab and the antibody test. This article aims ...

We had the difficult task of suing Maui County over the Honokowai injection wells — winning before the U.S. ...