Agents of change for the good 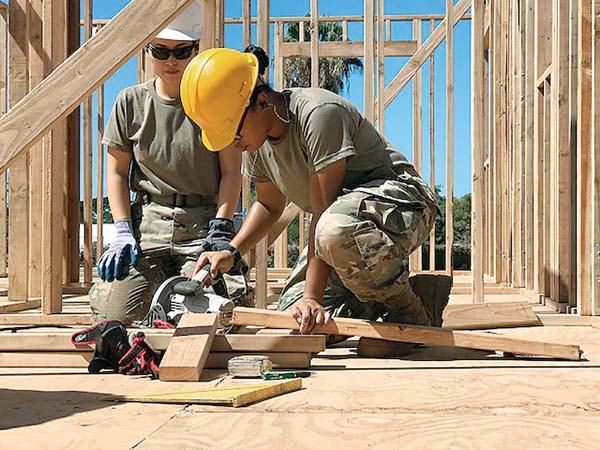 Ready to roll up your sleeves and make a difference? Habitat for Humanity Maui is always looking for volunteers to help out at its construction sites. You can also donate leftover residential building materials and overstocked, discontinued merchandise to Habitat for Humanity Maui’s ReStore, located at 1162 Lower Main St. Army Reserves 871st Engineer Co. / Spc. WESTON YAMADA photo

As the saying goes, there’s strength in numbers. That’s the idea behind “100 Real Estate Agents Who Care,” a fundraiser for Habitat for Humanity Maui.

The project is the brainchild of Pohaku Kepler, who modeled it after the “100 Men Who Care” and “100 Women Who Care” groups that have cropped up in communities across the nation. And contrary to what you might think, Kepler isn’t a real estate agent — he’s a senior at Kihei Charter School.

At the start of the school year, the 17-year-old was tasked with designing an independent semester-long project that would be meaningful and align with his interests. Right off the bat, Kepler knew he wanted to use the opportunity to make a difference in his community. He was familiar with the 100 Men Who Care Maui Chapter (his grandfather is a member) and decided to create a fundraising program using the same structure: 100 people donate $100 apiece to collectively raise $10,000 for a chosen cause.

When it came time to determine who those 100 people would be, he sought advice from his hanai aunt, Liza Pierce, the interactive media strategist for Wailea Realty Corp. Pierce was delighted to assist and suggested he rally Realtors to participate in the project. Kepler was instantly sold on the idea. For one thing, he knew there were quite a few Realtors on Maui. He was also aware of their myriad philanthropic efforts.

“They give their time and money to a lot of local nonprofits,” he explained. 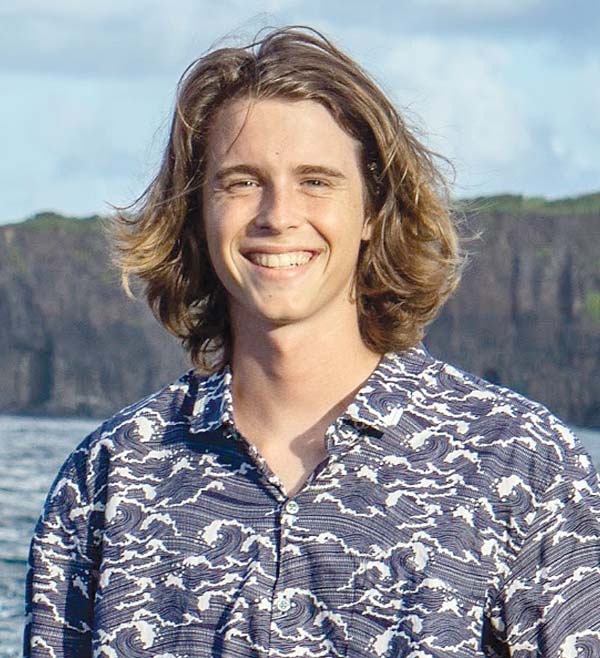 As for the beneficiary, Kepler says Habitat for Humanity Maui was the natural choice, given that real estate agents work to make dreams of homeownership come true. Through the power of collective giving, he knew the project could make a tangible difference by raising money to help the nonprofit organization build more affordable housing for local low-income families. Kepler kicked off the project last month with the goal of reaching $10,000 by the end of December. Since then, he’s launched a website and has been making presentations at Realtor caravans and weekly office meetings.

And he’s made considerable headway: As of this week, Kepler has raised $7,900 from 45 donors.

The stated goal is 100 donors, but Kepler says he hopes to exceed that number. The same goes for the final tally.

“It would be great if we could raise more than $10,000,” he said. And there’s something else: You don’t have to be a real estate agent to participate. “Non-Realtors can donate to the project as well,” he said. “The more donations we get, the more of an impact we can make.”

And those donations will certainly make an impact — just ask any of the grateful families who have moved into a Habitat for Humanity home.

Since it became an affiliate of Habitat for Humanity International in 1997, Habitat for Humanity Maui has built and renovated 123 houses on Maui and Lanai, providing homes for more than 500 people. The nonprofit sells homes to low-income individuals and families — those earning between 25 and 80 percent of the median income for Maui County — at a no-interest and no-profit basis. The organization also helps low-income residents who struggle to maintain their homes through its “Brush With Kindness” home preservation program. On Maui and in communities worldwide, Habitat for Humanity works toward one goal: To build strength, stability and self-reliance through shelter.

That’s why fundraising efforts like Kepler’s are so important, said Max Tornai, development director for Habitat for Humanity Maui.

“It is so inspiring when young people don’t just see a problem, but take direct action to make a true difference,” he said. “These funds will go a long way in helping us to continue to build safe and affordable housing on Maui.”

To learn more about the program or to make a donation, visit www.100RealEstateAgentsWhoCare.com. You can also donate to Habitat for Humanity directly, either through its website or by mailing a check to 1162 Lower Main St., Wailuku, HI 96793 (write “100 Real Estate Agents Who Care” in the memo line or the notes section of the online donation form).

For more information about Habitat for Humanity Maui or to inquire about volunteer opportunities, visit www.habitat-maui.org or call 242-1140.

The time for Maui County to protect its future is now

Aloha, Maui County, and Happy New Year! It is with great excitement that we begin a new decade with perfect ...

In today’s world, there is always pressure to be politically correct and say things in a way so that no one will ...

Thousands welcomed him at the landing field outside of Paris to greet him. When Charles Lindbergh became the first ...

EDITOR’S NOTE: No Ka Oi Health, produced by the state Department of Health, will be appearing on the fourth ...

Thursday morning, more than 700 Kihei Elementary School students will taste the thrill of live theater while ...

Q: When is the county going to put up for sale the three lots it owns on Keoneloa Street in Wailuku as a result of ...