Some people unwittingly enable the homeless in Maui County

I was talking to a friend just the other day. He is a police officer and was telling me how the community seems to expect officers to be the end-all to the homeless on Maui. As he was speaking, I was reminded of a similar conversation I had just a few days earlier about Maui homeless outreach workers. It is not okay to assume that those doing this work be police officers, housing outreach workers, medical professionals, mental health therapists, substance abuse counselors, marriage counselors, and the list goes on and on, all wrapped up into one.

There is only one way to make sure that the houseless receive these necessary services. It is to get them off of the streets and into appropriate housing! They need to be in a stable environment where needs can be evaluated and treated by the proper professionals.

There are two gentlemen, Tom and Jerry (not their real names) living on the streets in Central Maui. They are both disabled, with wheelchairs being their complete living space. This whole scenario is extremely depressing, especially when you consider it doesn’t have to be this way. Most people don’t realize that an immense amount of energy and time has been spent on these two. Case managers visit them regularly, hoping that just maybe this will be the time when one or both will be convinced to move into a home. But so far to no avail. Why is that?

When asked this question, they have two answers. First, there are people who daily bring them pretty much everything they want, and second, they want to spend their money on booze, not rent.

It was a few months ago when the Maui police stopped to check on these two, and both were in such bad shape that an ambulance had to be called. But when the ambulance arrived, the EMTs were overwhelmed by the filth and strong smell of urine and feces. They were incapable of transporting them to the hospital as they were. Tom and Jerry desperately needed to be cleaned up. After a quick phone call, caseworkers quickly arrived and drove them (in their own personal cars) to a shower.

Both of their bodies were horribly infected with what looked like staph and while Jerry was being washed in the shower, one of his toes fell off. It was horrific, but the workers didn’t stop. They managed to endure, and both were delivered to the hospital quickly for treatment. It took a few weeks before either of them were healthy enough to be released.

As senseless as it seems, they each returned to their old spot on the street. Housing was offered, but Tom, who has his own income, made it clear that he would rather buy booze than spend $400 dollars to pay rent, and Jerry just outright refuses all services that lead to a stable home.

When housing is offered, Tom and Jerry both answer, “Why would I do that? People bring me everything I need right here.” Folks, if you really want to help, try to remember that the street is not a healthy place to live and for them to thrive. They need to live in a home and receive proper care. But that will never happen if people continue to bring them food and supplies while they are on the street.

* Joyce Kawakami is a full-time volunteer, founder and CEO of Feed My Sheep Inc. As an active member of the Maui Homeless Alliance, she chairs the Awareness Committee. The alliance meets at noon on the third Wednesday of each month at MEO, 99 Mahalani St. in Wailuku.

Prepare our county for a resilient future

As our county faces an unprecedented and constantly evolving challenge in the coronavirus pandemic, the current ...

In the last few weeks, our world has completely changed. Because of this, it is extremely important to follow the ... 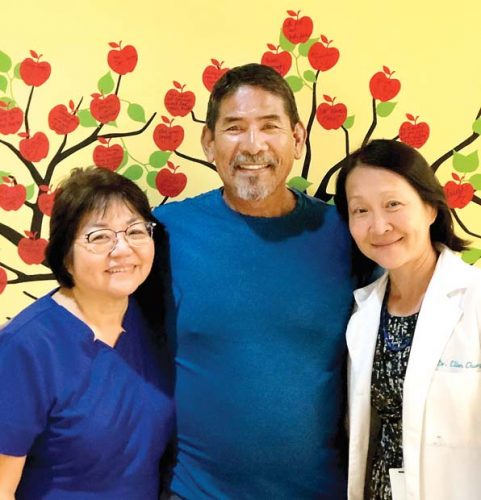 ‘I am so thankful’

The new coronavirus (COVID-19) is concerning most of us, and we are now either under quarantine or practicing ...

“Every cloud has a silver lining; and He who wove it knows when to turn it out. So, after every night, however ...

Show your lawmakers you care

It seems like every year we have a legislature, we have dozens of legislative tax proposals to wade through. Some ...