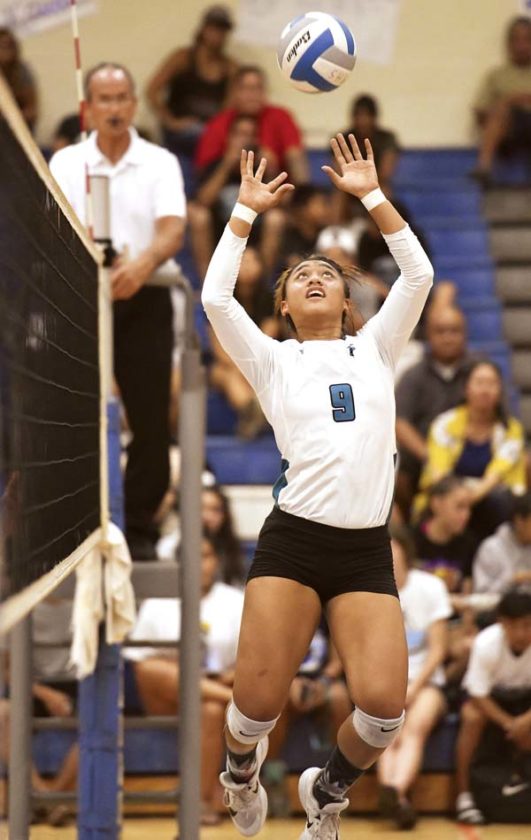 Kalena Vaivai knew her senior volleyball season for King Kekaulike High School had special possibilities that began with her.

The senior setter, surrounded by talent all over the court, delivered in a big way. After missing her junior Maui Interscholastic League season with a broken foot, Vaivai is back in familiar territory.

The Utah State University signee is the unanimous choice of the league’s coaches as The Maui News MIL Division I Player of the Year, an award she also won as a sophomore.

Vaivai is one of five Na Alii first-team selections who led a King Kekaulike team that lost just one of the 43 sets it played in MIL action.

“I’m honestly so grateful and just blessed because it was a step back with my injury, to be out for an entire year,” Vaivai said. “It just made me have to push harder to get back in the game, get up to speed with everyone else, and just perform for everyone and the team. It’s just, like, a surreal feeling.” 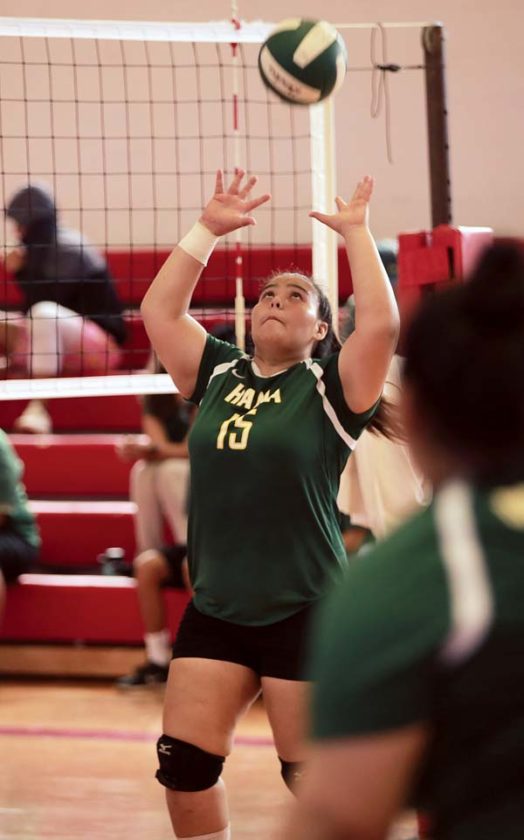 Vaivai is joined on the D-I first team by senior teammates Nina Macphetridge and Nohokula Lind, who have both signed with Alaska Anchorage. King Kekaulike sophomore Nanna Inoue and junior Temahh Shaw, Baldwin’s Sienna DeCambra and Maui High’s Kawai Houpo round out the D-I first team.

King Kekaulike bowed out of title contention in the state quarterfinals, but ended up being the only team in the tournament to take a set from eventual champion Iolani.

“It was more than actually special,” Vaivai said of her team. “We worked so hard throughout the season, on and off the court. For us at states, we didn’t get what we wanted, but we showed everyone what we’re capable of. At least we set a good name for ourselves at state, so hopefully in years to come we can improve.”

Hana’s Shaylee Roback is the MIL Division II Player of the Year in a race that was as close as the final regular-season standings that saw Seabury Hall, Hana and Molokai separated by just two games.

The Spartans won the MIL D-II title, while the runner-up Dragons made the state tournament for the seventh straight season. 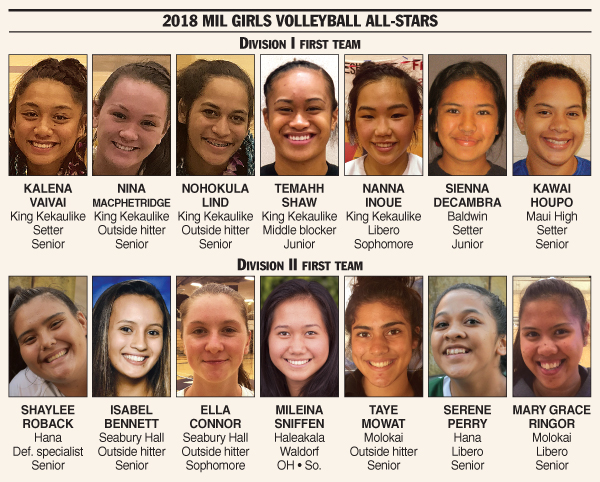 “I’m impressed, I had no idea,” Roback said of her POY selection. “It was fun playing with the people that I grew up with. … We had fun this year because the games were up and up, it was just fun to be able to make it to states.”

Roback took deep pride in wearing the Hana uniform. She will play basketball for the school this season, the first time she has ever played that sport. Softball is on the docket for the spring.

Hana’s tandem of Pake and Jonathan Tolentino and King Kekaulike’s Al Paschoal are the D-II and D-I MIL coaches of the year, respectively.

Vaivai and Roback played on the same Hawaiian Style Volleyball Club under Paschoal. The respect between the two is mutual.

“She’s very good,” Vaivai said. “We played together last year — in club we miss her. She was a big asset for us.”

Roback said playing with Vaivai and Lind on the Hawaiian Style roster was a big step forward into her senior season and perhaps beyond.

“It gives me a lot of confidence because that club play is very intense and it helped me improve a lot,” Roback said.

Vaivai did not receive a scholarship offer from the University of Hawaii, but said she was OK with it.

“That would have been a really good opportunity, but I kind of want to spread my wings and go out and about,” she said. “I mean, Hawaii will always be home, but I really just want to go out and see more of what’s out there. I have a lot of family in Utah.”