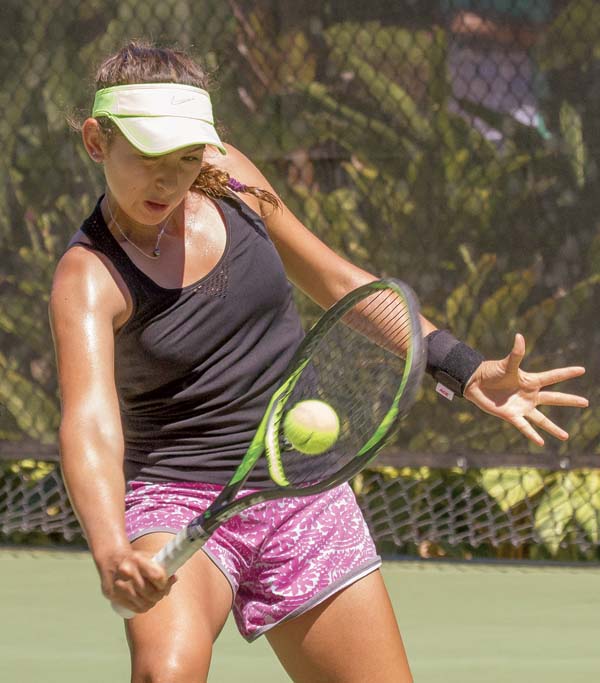 Kihei Charter School junior Jessalyn Lopez made a piece of history on Saturday at the Mauna Lani Sports & Fitness Club on the Big Island.

The second-seeded Lopez defeated fourth-seeded Maile Brilhante of Waiakea 7-6 (3), 6-4 at the HMSA State Tennis Championships, becoming the first singles winner from the Maui Interscholastic League in over 20 years.

Lopez was down 3-5 in the first set, she said, but the three-time MIL girls singles champion came back to win the tiebreaker over Brilhante.

Then she finished strong in the second. 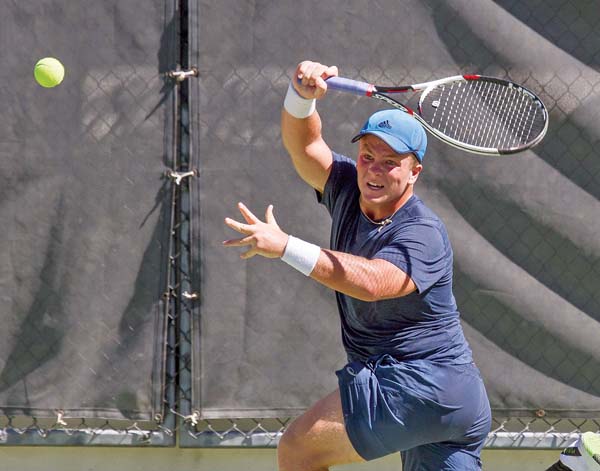 Kihei Charter coach Ian Cohen said Wednesday that he hoped to see his singles players make it to finals of the state championship — Lopez went above and beyond that by taking home gold for her school, which only formed its own team this season.

“I think the whole season went really good. I was unstoppable and the boys did really good,” Lopez said. “It felt good to represent Kihei Charter because it was our first year.”

Lopez is the first state tennis champion from the MIL since the Kamehameha Maui pair of Sarah Ikioka and Kylee Kato won the girls doubles championship in 2016.

With her first state crown under her belt, Lopez says she plans to take a short break and then “train really hard over the summer” for her senior season. 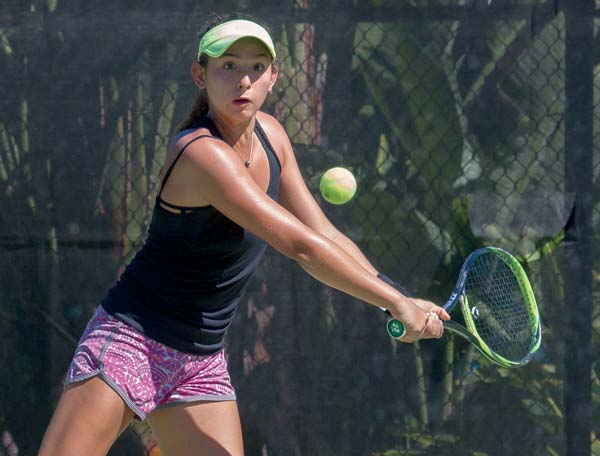 Tiger Sharks teammate Hobbes Wilstead lost his first match of the season, 7-6 (5), 6-3, in a close fight with top-seeded Ryo Minakata of Hawaii Prep in the boys singles final.

Wilstead said his calf was still “super sore” from his lengthy semifinal match the day before.

“It was tough today, but it was a good match,” Wilstead said. “First set was close. Neither of us broke our serves, so we were both holding our serve up until six-all at the tiebreaker. … (Minakata) closed it out 5-7.”

Wilstead, a junior who is the reigning two-time MIL champion, was the first MIL player to make a state boys singles final since St. Anthony’s Kento Tanaka-Tamaki in 2011.

Lopez and Wilstead helped the Tiger Sharks boys and girls place fourth. The Iolani boys won their third straight team title, while the Punahou girls claimed their 17th in a row. 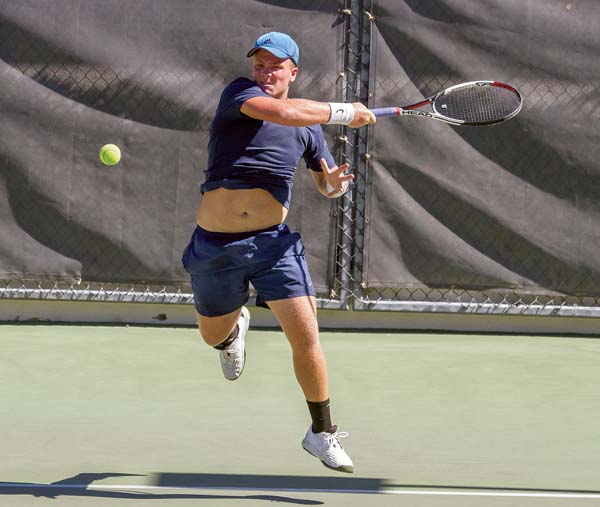 “It was a good tournament overall,” Wilstead said. “Next year will be exciting, we’ll have a lot of new kids.”