PUKALANI — A high school transgender athlete was on the roster and sat on the bench, but did not play in a girls varsity volleyball match Tuesday in what is believed to be a first for the Maui Interscholastic League.

It also raised concerns in the Maui sports community about the potential for a competitive physical advantage by transgender athletes.

The player, whom The Maui News is choosing not to name, warmed up and was in uniform for Kamehameha Schools Maui in the Warriors’ 25-14, 25-17, 27-25 win over Baldwin in a girls volleyball opener at Kaulaheanuiokamoku Gym on Tuesday night.

The athlete played for the KSM boys junior varsity volleyball team as a freshman in 2017.

Hoala Alapai had 10 kills to lead the Warriors, while Logan Spencer and Karli Dean each had nine kills.

MIL Executive Director Joe Balangitao said Monday night that the league is following the lead of the Hawaii High School Athletic Association, which adopted a policy on transgender student-athletes in October 2017.

“This is kind of something new, so everybody’s learning,” Balangitao said.

HHSAA Executive Director Chris Chun, who wrote the policy, said it is still a work in progress.

“I can’t answer questions about specific students and cases,” Chun said Tuesday. “I wrote the policy about trying to be inclusive and letting student-athletes of all kinds of groups participate, which will make them feel comfortable.

“I don’t feel comfortable getting into specifics or a specific sport, but safety is always a concern and competitive advantage is also a concern. So even though we have a policy, it’s kind of like a guideline. It’s still in its early, early transition stages.”

Chun said the HHSAA is working with the state Department of Education to construct policy guidelines for transgender student-athletes. He added that no cases of transgender eligibility have reached the HHSAA level yet.

“It needs work, but until there’s more cases I won’t know how to shape it,” Chun said. “It’s definitely a work in progress.”

The three-page HHSAA Transgender Policy says: “A student has the right to participate in athletics in a manner consistent with the sex listed on their school records. A student whose gender identity is different than the sex listed on the student’s registration records may participate in a manner consistent with their gender identity” by following certain steps.

If the gender differs from school records, the student and/or parents need to notify the school administrator or athletic director of the difference with the school registration records and the student’s desire to participate in sports based on the student’s gender identity.

The policy adds that “a student is presumed eligible to participate in HHSAA activities in a manner consistent with their school registration records, even if that differs from the sex assigned at birth.”

The policy also outlines the process to challenge the eligibility of a transgender athlete by opposing teams.

The league office would have to “receive a timely petition from a member institution challenging a student’s participation in a sex-segregated activity consistent with his or her gender identity.”

The HHSAA would then convene an eligibility committee specifically established to hear gender identity appeals. The committee would include Chun, a physician “with experience working with youth whose gender identity differs than the sex they were assigned at birth,” a licensed mental health provider with the same youth gender identity expertise, a school administrator from a non-appealing school, a league office staff member and “a gender-affirming advocate” familiar with issues affecting youth and gender identity issues.

The Gender Identity Eligibility Committee would make a decision based on whether “the student’s gender identity is sincere, i.e., is not motivated by an improper purpose,” the policy says.

Either the petitioner or the student can appeal the committee’s decision.

One opposing MIL girls volleyball coach, who requested anonymity because of the nature of the subject, said that his and other teams he had talked with were not advised of the situation prior to the season opening Tuesday night.

“In my opinion, it’s very irresponsible for the league to place these young women, who are minors, in an elevated level of risk,” the coach said. “They all sign off on an assumption of risk form for an understandable amount of risk. Now, there’s an elevated level of risk their daughters are going through and being put through without any notification to the parents at all.

“I have no problem with the kid being who (they) want to be, but now these girls are being put in an unsafe situation without giving the parents the opportunity to make an educated decision on whether they want their daughter in that position.”

A Baldwin High administrator, who also requested anonymity, said over the weekend his school was aware of the situation going into Tuesday’s match.

“We are OK with it,” the official said.

Tiare Sua, who transitioned from male to female as a youngster, defended the Kamehameha Maui student and challenged the perception that males are necessarily stronger than females.

“I just want to say that, for me, I don’t compare females to males in that kind of strategy because I feel that females are stronger than men think,” said Sua, project coordinator for the Hawaii Empowered Alliance Reaching Transgender Services program at the Maui AIDS Foundation.

“I don’t like to degrade women as thinking that they are weaker than men,” she said. “Like, you would be surprised at how strong women are. …To have somebody transgender or saying that somebody who’s trans is stronger than a female opponent, to me, is just biased.

“To me, females are strong, just the same. … Women are not weak, they are strong beings.”

Girls should not be underestimated, Sua said. She played volleyball at Wahiawa Intermediate School on Oahu.

• Changing areas, toilets and showers. “Transgender student-athletes should be able to use the locker room, shower, and toilet facilities in accordance with the student’s gender identity. Every locker room should have some private, enclosed changing areas, showers, and toilets for use by any athlete who desires them.”

• Hotel rooms. “Transgender student-athletes should be assigned to share hotel rooms based on their gender identity, with a recognition that any student who needs extra privacy should be accommodated whenever possible.” 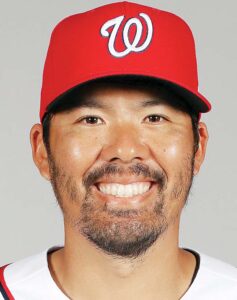