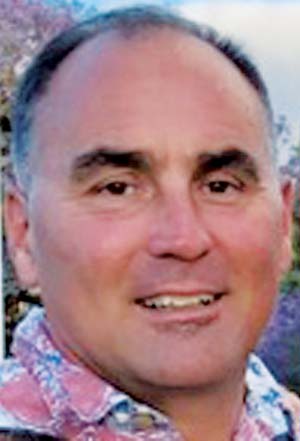 Former Seabury Hall Athletic Director Robert Dougherty filed a complaint in Second Circuit court on Thursday, asking for damages due to alleged wrongful termination and breach of contract, among a list of 10 counts.

He is suing the school; the school’s former interim headmaster Paul Wenninger, who served only for the 2018-19 school year and has returned home to New Mexico, according to a school trustee; assistant head of school Kay McLeod; and the school’s board of trustees.

The suit, which is seeking unspecified damages, alleges that Dougherty was fired because he reported a relationship between Winninger and McLeod that had begun to raise questions among parents and students, and because he raised concerns over the size of physical education classes.

New Seabury Hall head of school Maureen Madden forwarded requests for comment from The Maui News to R. Clay Sutherland, the head of the board of trustees for the school.

“Seabury Hall has reviewed a lawsuit filed by its former athletics director, Robert Dougherty, and unequivocally denies the claims made in the lawsuit,” Sutherland said in an emailed response. “Since this is a personnel matter that is currently in litigation, the school will have no further comment at this time.”

Attempts to reach McLeod and Wenninger were unsuccessful Friday. McLeod is on a leave of absence from the school, and a voicemail left on Wenninger’s cellphone requesting comment was not immediately returned.

Dougherty declined to comment on the advice of his lawyer, Doug Wright. Wright did speak to the allegations outlined in the suit.

“The complaint was out of necessity, to be quite honest, for Mr. Dougherty, who has an outstanding resume and is just an outstanding individual, both as a parent and as a professional administrator,” Wright said via phone on Friday.

Dougherty is a member of the Boston University athletic Hall of Fame, being inducted in 2000 after his tenure as a quarterback for the school’s football team. He was a professor and head football coach at College of the Sequoias in California before moving to Maui to take the Seabury Hall AD job in 2013.

“He has also had higher education to bolster his athletic standards to meet the academic requirements for various schools,” Wright said. “To be quite honest, he was doing a great job on the Mainland and as life decisions do unfold, they decided to move back to Maui to be close to family and he accepted a job at a small private school, but it is an outstanding institution for which the island has a tremendous amount of respect, including myself and the Dougherty family.

“Unfortunately, a new head of school came on board and things changed, to be polite.”

While living in on-campus housing, Dougherty and his wife Allison would patrol the school grounds “for the nightly responsibility of monitoring campus grounds and locking gates,” the complaint says. “In fulfilling these responsibilities, which Robert almost always conducted alongside his wife, Allison, they witnessed on more than one occasion at night and away from the school’s offices, a relationship between Wenninger and McLeod.”

“Parents and students of Seabury Hall were also witnessing certain events and contact between Wenninger and McLeod during the 2018-19 school year, which caused them to express their own concerns and raise questions,” the complaint says.

The complaint also mentions an incident where a student witnessed Wenninger and McLeod walking down a street in Waikiki on Feb. 1 holding hands, and that the student reported the incident to Dougherty as the school’s athletic director, her mother and other students.

The complaint says “Recognizing that the Wenninger-McLeod relationship was now impacting students, Robert (Dougherty) brought the complaint to the attention of the Board of Trustees, by and through its president, R. Clay Sutherland.”

The complaint also says that Dougherty also reported concerns over the size of physical education classes at the school to Wenninger on Feb. 27 and March 5, 2019. After one PE teacher was fired, the classes had reached as large as 69 students with one teacher — “Wenninger never responded to Robert about these safety concerns,” the suit says.

Furthermore, the complaint says, “On March 8, 2019, Wenninger’s assistant called Robert and told him that Wenninger wanted to speak to him. Robert was relieved and incorrectly assumed that the purpose of the meeting was to address the issue of unsafe class sizes.”

Instead, the complaint says that Wenninger told Dougherty that he was immediately being placed on administrative leave because a grievance had been filed against him by McLeod for harassment.

All of the trauma that Dougherty said he suffered led to a case of post-traumatic stress disorder and the school was provided a doctor’s documentation of the PTSD diagnosis, the complaint says.

Dougherty filed a worker’s compensation claim, “but Seabury Hall refused to accept his claim or provide any workers compensation to Robert,” the complaint reads.

Dougherty was employed as the Seabury Hall AD from August 2013 to June 2019, when he was terminated.

“Robert’s termination was in retaliation for (1) forwarding a student’s complaint, and (2) reporting dangerous class sizes and liability,” the complaint says. “Wenninger and McLeod sought to silence Robert for reporting their relationship to the Board of Trustees, the Board of Trustees was complicit in the punitive behavior when it failed to take appropriate action and terminated Robert’s employment.”