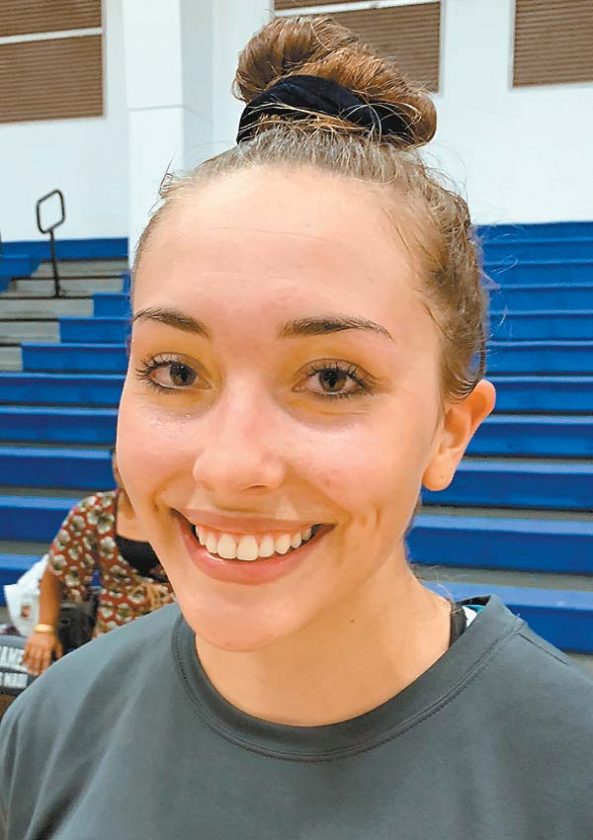 PUKALANI — Both the King Kekaulike High School and Kamehameha Maui girls volleyball teams had been waiting for Tuesday night.

The first meeting between the two powerhouse programs in the Maui Interscholastic League Division I ranks did not disappoint, with the defending champion Na Alii pulling out a 25-20, 20-25, 25-14, 16-25, 15-8 victory in a match that took nearly 2 1/2 hours to complete.

“It’s very exciting to play a match like that,” Na Alii outside hitter Annika Stammberger said moments after Temahh Shaw’s block ended the epic battle. “It fuels all of us and we’re all working as a team. And when momentum picks up, we just all play together and it’s really nice.”

Na Alii’s big weapons came through across the board — Montana DiSegna had 14 kills, three aces and two blocks; Shaw had nine kills and five blocks in the middle; Stammberger had eight kills, a block and 16 digs; and libero Nanna Inoue smacked seven aces to go along with her 24 digs, many of them acrobatic. 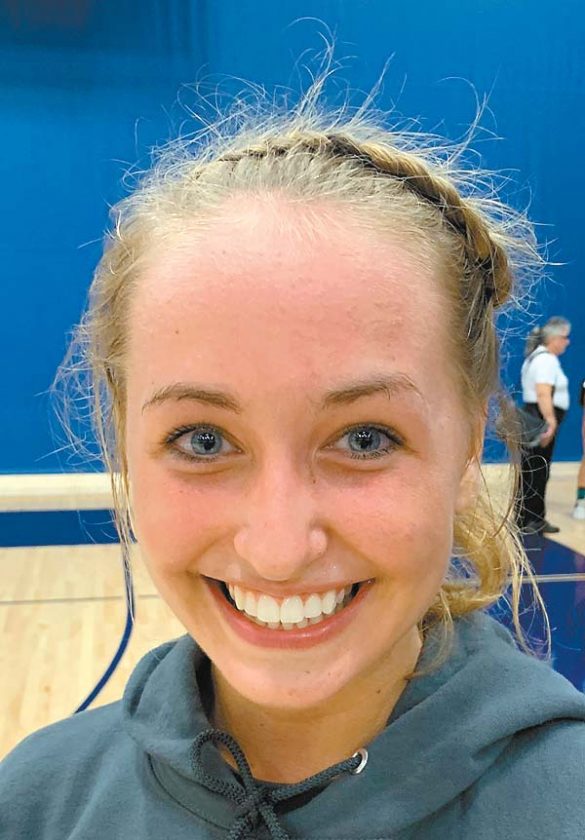 “It’s really nice, it gives me a lot of options,” setter Lauren Albrecht said after dishing out 38 assists to go along with 23 digs, two kills and an ace. “If someone’s in a funk, I have a lot of options to spread it out a little bit and create more offensive plays for the defense to catch up on.”

Inoue was sublime all over the court for Na Alii.

“I love getting passes from Nanna — and really any backrow (player) — but she has so much consistency and I know she’s going to be everywhere,” Albrecht said of her junior classmate. “She just has that fight in her to get anywhere at any time.”

These two teams meet again next Wednesday and then the following Thursday in matches that will almost certainly decide the MIL regular-season champion and No. 1 seed for the MIL tournament.

“It was really big to get this one,” Albrecht said. “We’ve been all looking up to this game for weeks and weeks, since the beginning, we’ve been really just excited to meet them.”

King Kekaulike coach Al Paschoal said his team came through when needed. They looked to be in command after dominating the third set, but Kamehameha Maui came roaring back in the fourth.

Na Alii took advantage of the side of the court in Kaulaheanuiokamoku Gym nearest the doors for the final set.

“There’s something about that side of the floor,” Paschoal said. “Sometimes that’s all you need, to just get your mind square. Hats off. The girls, they rose to the challenge, they definitely did. So, I’m very proud of them — they have been working very hard for this, so I was extremely proud of them.”

Kamehameha Maui was led by a huge match from Jhene Saribay, who had 23 kills and 19 digs. Hoala Alapai added 14 kills and Meleana Hoopii had 18 digs and two aces.

“That was just good volleyball on both sides,” Kamehameha Maui coach Alex Akana said. “We saw runs of let-ups from both teams, but just volleyball from both sides — them and us. They’re a great team, they really are. They have great passers in that back row, solid passers, solid hitters in the front, a huge front row, every year.”

Akana knows her team will have to bounce back in a week at the King Kekaulike Gym.

“I can’t say that I’m a fan of the schedule,” Akana said. “But it is what it is and they are in the same boat as we are.”