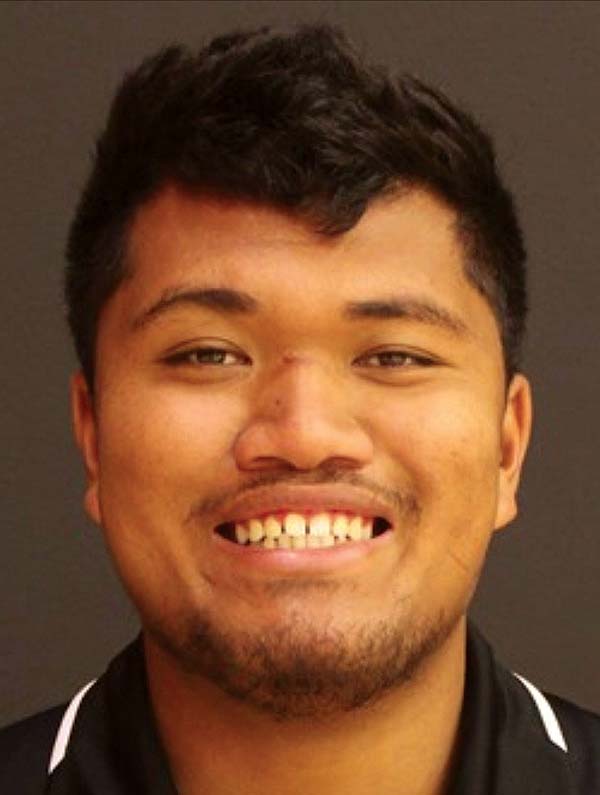 The opportunity that Josiah Tonu was waiting for landed in his inbox on Monday morning.

“Dear Josiah, I couldn’t be more excited to extend you an official invitation to join the XFL Player Draft Pool for our inaugural season kicking off in February 2020.

He said the message “came through email, actually this morning at about 6:30.”

His reaction was a bit muted because of the time of day.

“Super excited,” he said. “It’s like you’re waking up with your eyes a little bit open and then you see that you got an email from the XFL commissioner and it’s like, well, here’s step one.”

Tonu had hopes of hearing his name called at the NFL draft in April and when that didn’t happen, he thought an undrafted free-agent opportunity might pop up. The phone never rang and another shot at playing professional football passed when the Alliance of American Football went belly-up before it finished its first season.

Tonu got another shot of hope when he got invited to the Spring League showcase event over the summer. It was there that he got pep talks from a pair of former University of Hawaii coaches– June Jones and Norm Chow.

“At that Spring League, June Jones, the head coach for the Houston team, and Norm Chow, the offensive coordinator for the L.A. team, they both talked to me saying that I would be in the draft,” Tonu said. “They were impressed with what I had to bring to the table. They pulled me aside, talked to me for quite a long time.”

The XFL draft is in October, when eight teams will select 70 players each.

“I got a text from Randy Mueller, he’s the Director of Personnel for the Houston team,” Tonu said. “He texted me on Friday saying that he wanted my information so he could send it to the commissioner’s office regarding getting put into the draft pool.”

The 6-foot-6, 310-pound Tonu is currently working at Jim Falk Motors and coaching the offense for the junior varsity, and offensive and defensive lines for the varsity at Kamehameha Maui.

He will stay on Maui to get prepared for the upcoming XFL opportunity.

“I feel like I can get everything done here on Maui,” Tonu said. When asked if the KSM weight room is better than what he had at NAIA power Southern Oregon, Tonu did not hesitate: “Yeah. Kamehameha is the top facility on Maui.”

Tonu has grown from a starter at quarterback for the Bears to his current stature that saw him be both a standout defensive lineman, tight end and offensive lineman at SOU. He admitted that he was within a year of using his criminology degree and becoming a Maui County police officer.

“You have to realize it’s a business and there will be ups and downs,” he said. “It’s just how you overcome it and push your way through your downs.”

The XFL has eight teams, but Tonu has an idea where he might be headed.

“The two teams that were talking to me were the Houston Roughnecks and the L.A. Wildcats where Norm Chow is, and then Houston where June Jones is the head coach,” he said. “Just want to be able to play the game I love — that’s why I’m coaching right now because I can’t walk away from it.”

Getting the emailed invite this quickly is clearly a good sign.

“I wasn’t expecting to get it this morning,” he said. “I don’t know how many went out, but I know that this is the part where they start inviting guys who got cut from the (NFL). So, I wasn’t expecting to even get one until later on, like in October. To get it now is great, to be up there with the guys who had a shot at the NFL.”

He knows when his name is called that he will be ready.

“I’ve been waiting for this opportunity for about six months now,” he said. “Now it’s just time to go out there and do my thing and show what Maui athletes are able to do.”