Runners head to Maui to finish off 50 states journey 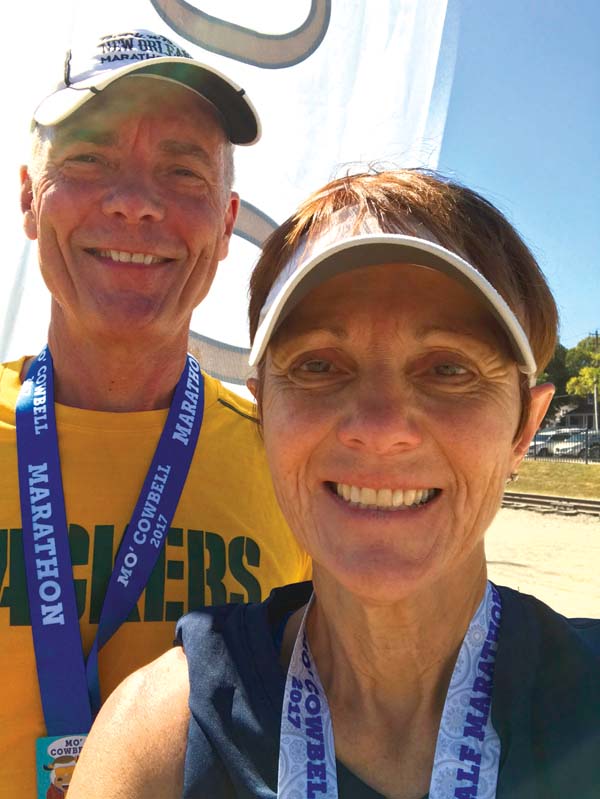 Andy and Rhonda Peterson of Wisconsin are among several runners making Sunday’s Maui Marathon the finale of their journey of running races in all 50 U.S. states. Photo courtesy of Rhonda and Andy Peterson

While completing a full or half marathon is an achievement in itself, a few runners have taken on the challenge of finishing the long distance races in every U.S. state.

On Sunday, Andy and Rhonda Peterson of Wisconsin aim to cross the finish line at the 49th Maui Marathon, completing their goal of running races in all 50 states — Andy runs marathons, while Rhonda tackles half marathons.

“Rhonda has more sense than me, she only runs half marathons,” Andy Peterson, 65, said via phone of his wife, 64. “About two weeks ago in North Dakota, I ran my 100th marathon.

“We’ve been working a long time to get all the other states done, so we thought it would be a way to celebrate,” he said.

While the couple, who have been married for 40 years, became avid runners during their 30s, it wasn’t until 2012 when they decided to complete a 26.2- and 13.1-mile race in each state whenever they could find time off of work. 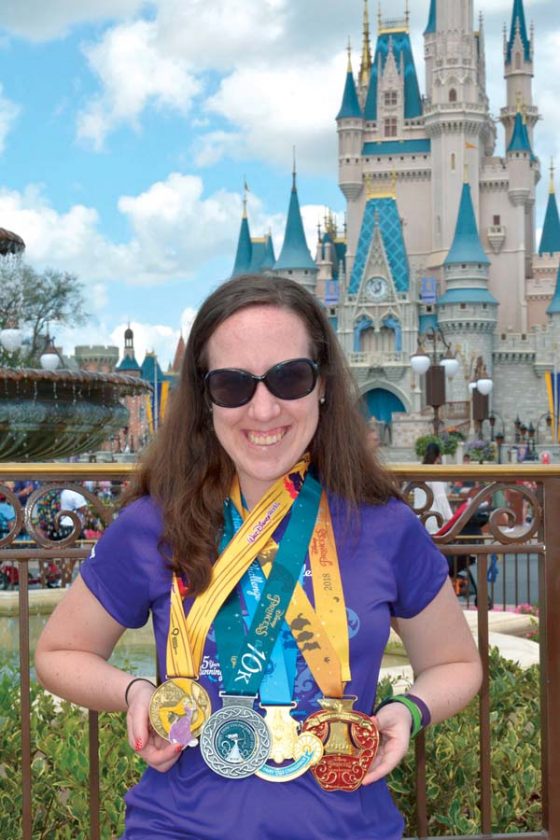 In the beginning of the journey, the Petersons would complete between three to seven races in a year. However last year, there was a period when they ran six in only eight days.

“If you slow down and walk a lot, it doesn’t feel any different than if you raced really hard on that one race,” Andy Peterson said. “You’re sore after or a little tired after the week but as long as you pace yourself, you’ll be fine. … Once you get into the kind of shape we’re in now, we’re never really out of shape to run marathons.”

Kathleen Benson, 35, of Illinois is excited to run in the half marathon Sunday, hoping to complete her 50th in under 2 hours, 15 minutes.

“I’m a little worried about how hot it’s going to be,” said Benson, who is a special events planner in her hometown. “I think I can do it though.”

Benson recently finished up her 49th half marathon last Sunday in South Dakota, where temperatures averaged 35 degrees. She also crossed off No. 48 a few weeks before that in Rhode Island. 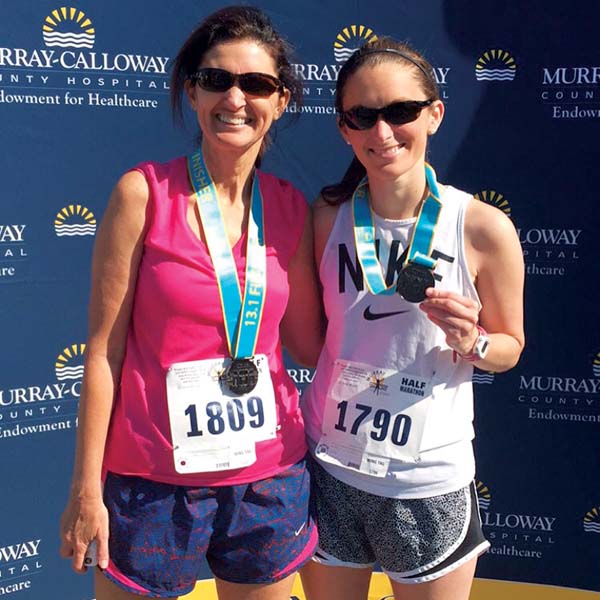 Sheri Osment (left) poses for a photo with daughter Nicole Blackburn after finishing the Murray (Ky.) Half Marathon. Photo courtesy of Nicole Osment

In 2013, Benson started her “experience of a lifetime” with her sister by slowly working up to a 10-mile race, and then eventually to multiple 13.1-mile races all over the country.

Benson’s journey with running in every state has been a family affair, with her sister influencing her to train for the first time and now with her mom supporting her in Maui at the finish line in Kaanapali.

“That was the goal from the beginning, to finish up in Maui,” she said.

Also looking to complete her 50th state half marathon Sunday — and coloring in the final U.S. state on a map board that her coworkers gave her as a retirement gift — is 56-year-old Sheri Osment of Tennessee.

“I had a few states already when they gave it to me, but I wasn’t really on a mission then to do all 50, so I’ve only been working at this for about two and a half years,” Osment said.

Once she became more serious about finishing the map, Osment completed one half marathon every month, with the exception of June when she ran seven.

During the Valley Isle race, Osment said her daughter, Nicole Blackburn, will be joining her for “13 miles of fun” to finish her 50th state race.

“I like to travel, and I like being with friends and family running,” Osment said of her inspiration to run long distances. “My daughter and husband runs, and we have a pretty good group of friends we run with.”