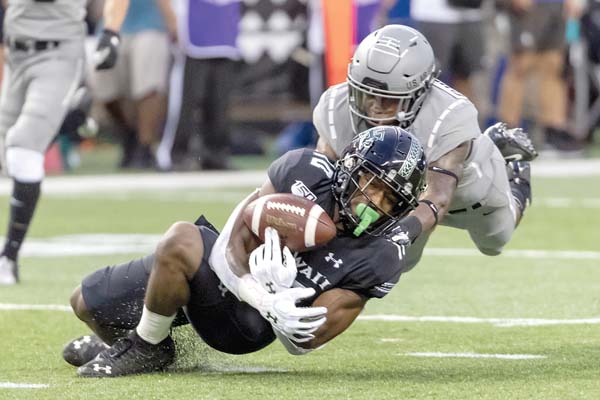 “There are certain expectations required of a football student-athlete here at the University of Hawaii,” Rolovich said. “We hold all of our student-athletes to these standards and expect them to represent our football program to the highest degree. We wish Melquise the best as he moves forward.”

The release stated that neither Rolovich nor the school will have further comment on the matter.

Stovall had 18 receptions for 248 yards and four touchdowns while playing in five games for UH (4-3) this season. The Lancaster, Calif., native was also the team’s primary returner, averaging 27.4 yards per kickoff return and 4.7 yards per punt return.

He had three catches for 71 yards and two touchdowns in the Rainbow Warriors’ 56-26 loss to Air Force on Saturday. Stovall did not play the second half after being flagged for a personal foul following a fair catch in the second quarter, according to a story posted on the Honolulu Star-Advertiser website.