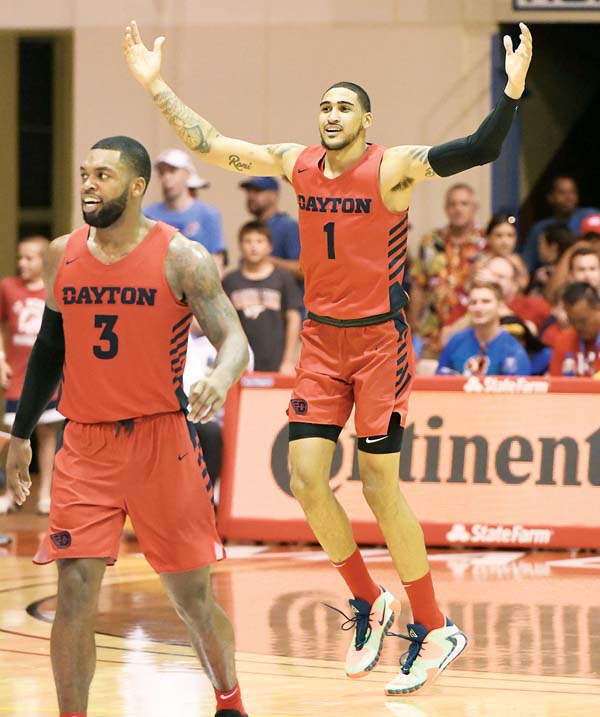 Dayton’s Obi Toppin soaks in the crowd’s roar after dunking in the second half of the Flyers’ 89-62 win over Virginia Tech in a Maui Jim Maui Invitational semifinal Tuesday afternoon at Lahaina Civic Center. The Maui News / MATTHEW THAYER photos

LAHAINA — With just over a minute to go in Dayton’s 89-62 win over Virginia Tech in the semifinals of the Maui Jim Maui Invitational on Tuesday, a chant rang out at the Lahaina Civic Center.

The fourth-ranked Jayhawks obliged in the second semifinal with a win over BYU in the final game of the night.

Those two teams will meet for the Wayne Duke Championship Trophy at noon today in what is guaranteed to be an interesting shouting match between perhaps the two most boisterous fan bases here.

“The biggest thing for us, we’re just worried about who is winning the next game,” Dayton guard Trey Landers said after scoring 13 points and before the Jayhawks tipped off against the Cougars. “We don’t know who is going to win. The fans are going to be fans, they are going to say what they want. 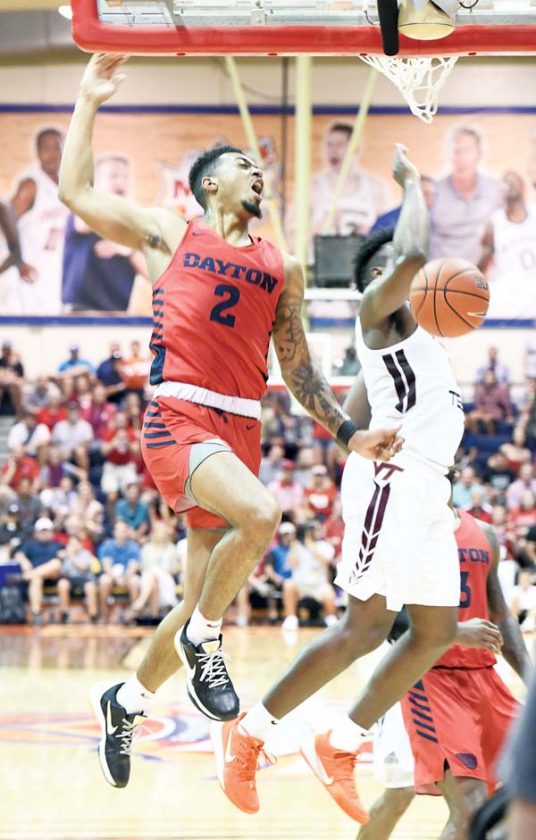 Ibi Watson of the Flyers follows through on a slam dunk at the end of the first half.

“At the end of the day, we just focus on what we do, whether BYU wins or Kansas wins, we just got to lock in on what’s going on, so we’re not really worried about that part of the game.”

Dayton coach Anthony Grant knows which fan base he feels will be loudest in the championship game.

“If you ever get a chance to come to Dayton, Ohio, you’ll know that that’s an everyday thing for our fans,” Grant said. “We got some of the greatest fans in the country. You can see by the way they travel, the way they show up here. And they love the Flyers. So I can’t thank them enough for coming out here and giving us all the love and support that they give us.”

Virginia Tech’s Landers Nolley II sank a 3-pointer to pull the Hokies within 29-26 with 7:34 to go in the first half before the Flyers finished the half on an 18-5 run to take an 18-point lead at the break. 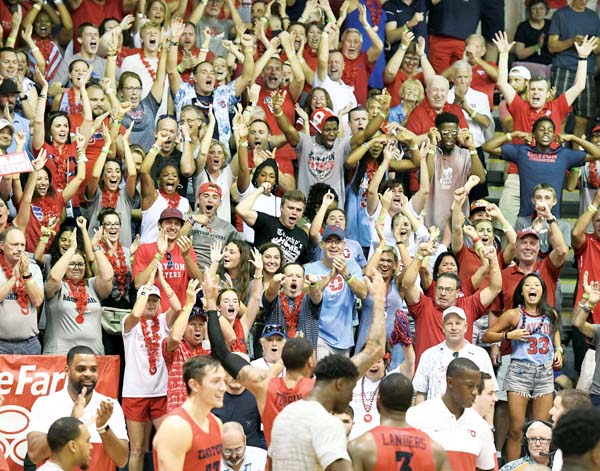 Obi Toppin led the Flyers with 24 points on 10-for-14 shooting to go along with eight rebounds. He was emotional throughout the second half as the Dayton lead grew to as many as 28 points.

“Knowing what we have been through this whole off-season and summer, it’s just, it’s a good feeling being in this position right now just because we know how hard we worked to get here,” Toppin said. “And so this opportunity to play in the championship at the Maui Invitational, it’s a great feeling.”

At one point in the second half, Toppin pointed to Grant’s family in the stands, and later he flapped his arms as if he were flying. It was a clear sign of the camaraderie the Flyers enjoy as a team. 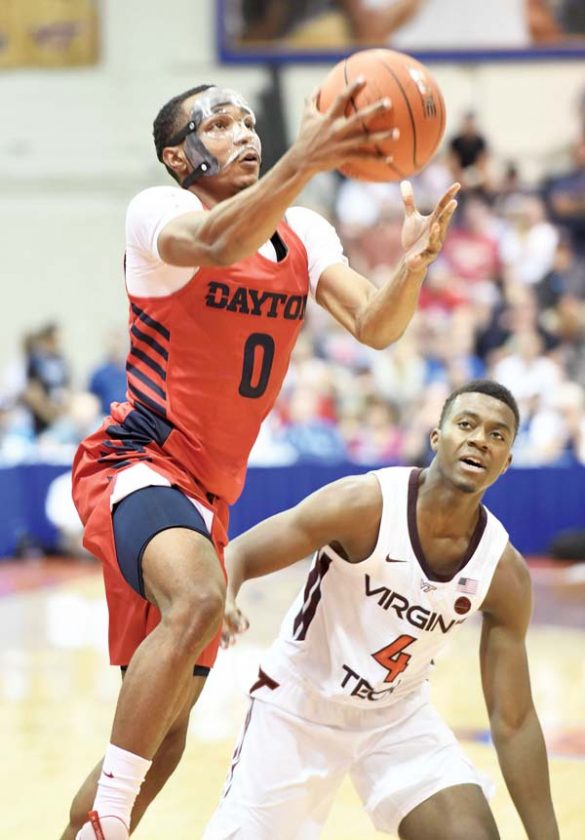 The Flyers’ Rodney Chatman drives to the basket past Virginia Tech’s Nahiem Alleyne.

Virginia Tech (6-1) will play BYU for third place today at 6:30 p.m. The Hokies, coming off an upset of No. 3 Michigan State in the first round, were led by Nolley, who had 15 points and six rebounds.

“We tip our cap to a really good Dayton team, exceptionally well-coached Dayton team,” Virginia Tech coach Mike Young said. “They took us behind the shed and whipped our hind end.”