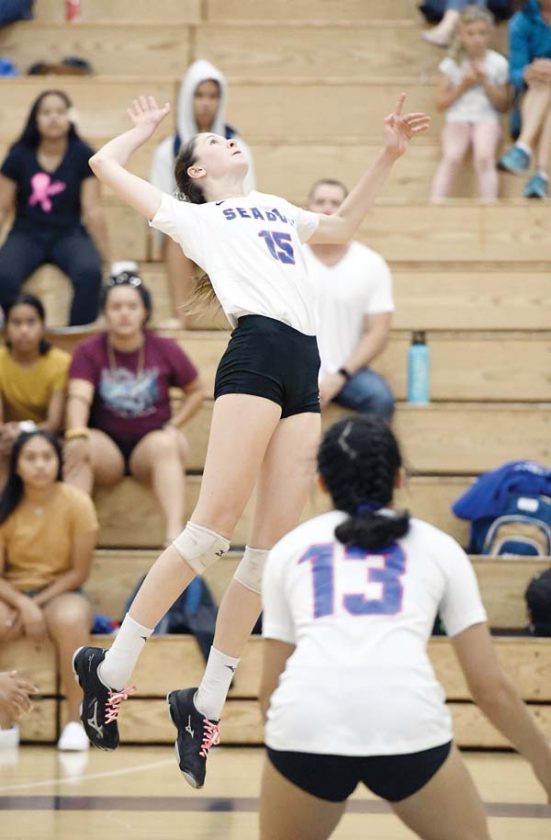 Ella Connor has known where she is going to play college volleyball for over a year now.

Nanna Inoue has only lived in the United States for a little more than two years. While she’s not sure where yet, Inoue recently decided she will play volleyball in college.

Both are The Maui News’ Maui Interscholastic League players of the year, as voted by the league’s coaches.

Connor, a dominant outside hitter as a Seabury Hall junior, is the runaway choice as MIL Division II Player of the Year. She verbally committed to a scholarship offer from Cal Poly during the summer after her freshman year.

“Honestly, it’s a really cool experience and I’m really excited,” Connor said of the award. “I don’t see it any different now, like it doesn’t really change anything for me because volleyball is volleyball. I’m just doing what I love.” 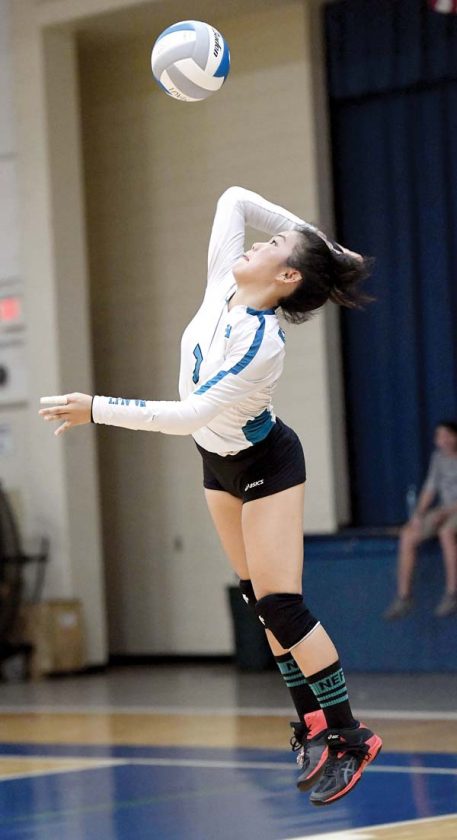 Inoue, a junior libero for King Kekaulike, emerged from a crowded field to win MIL Division I Player of the Year honors. She moved from Japan to Maui just before her freshman year to play volleyball.

After an undefeated run to a third straight MIL D-II championship, Connor’s Spartans finished fourth in the state tournament, losing a five-set decision to eventual state champion Damien in the semifinals.

“We all worked through different challenges that we had and all came together to play our best and just try our hardest,” Connor said.

Ella Connor played for her father Brian Connor, who took over for veteran coach Scott Zucco just before the season started in August. Brian Connor was the choice of his peers as MIL D-II Coach of the Year. 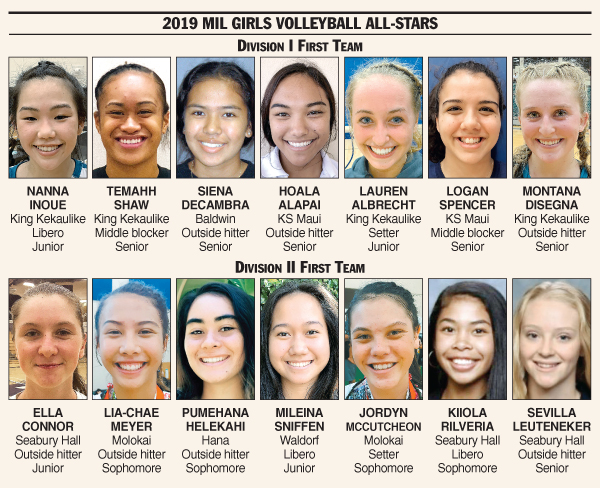 “I was really upset when coach Scottie left — he’s been my coach and like a role model to me since I was really young,” Ella Connor said. “My dad and I get along really well, so it wasn’t that much different, but I did like to attempt to control some of the drills more than he did. I did that a little too much because I was always telling him that he was just doing it wrong.”

That brought a chuckle from Brian Connor.

“Both (assistant coach) Josh (Kulhvy-Sutherland) and I really respect Ella’s volleyball I.Q.,” he said. “So she is able to challenge us as a player on the court as to what she’s seeing to make us maybe think differently about how we’re trying to proceed.”

Speaking little English when she arrived on Maui, Inoue will graduate in three years this spring. She has recently received major interest from the University of Hawaii-Hilo, as well as programs on the Mainland.

“I just got a call from Coach Al (Paschoal) and I was, like, ‘Oh my gosh,’ “ Inoue said of how she found out about her award. “I’m just so happy. I didn’t know that I could be there. I was always dreaming about it.”

Inoue was a starter on a King Kekaulike team last season dominated by college prospects, including two-time MIL Player of the Year Kalena Vaivai, who is now seeing significant playing time as a freshman at Utah State.

“It’s such an amazing thing because last year it was Kalena all the time,” Inoue said. “She is, like, a really great player and I never thought that I was going to be like her. I’m just so happy right now.”

Her parents traveled from Japan to see her play in the MIL and state tournaments. The Mossman family, who Inoue calls her “hanai family,” took her in for the last two and a half years so she could pursue her dream.

“My parents will be so happy when I tell them, they have always supported me since I was in third grade,” Inoue said. “They will be so proud of me. … In Japan I would have had to make the decision: (learn) English or volleyball. Here I can do both of them. I came to King K because I heard coach was awesome. I heard King K is the best team, so I just chose here. … I love this team, I love this coach, I love how things worked out.”

At midseason, she was undecided on college volleyball, but now she says succinctly: “I am going to play volleyball.”

Paschoal, who has sent several players to all levels of college, says his libero will excel wherever she finds her spot.

“She most definitely is a remarkable young lady,” said Paschoal, the MIL D-I Coach of the Year. “When you talk about challenges and obstacles that these young ladies face, not many students out there or players out there can say that they’ve climbed and overcome as many as she has in such a short amount of time.

“What’s so amazing about Nanna is just her wonderful, glowing personality in the gym. This is a girl who can outwork every single person in the gym and she just thrives on working hard and the tough challenges. And she does it all with a smile on her face.”