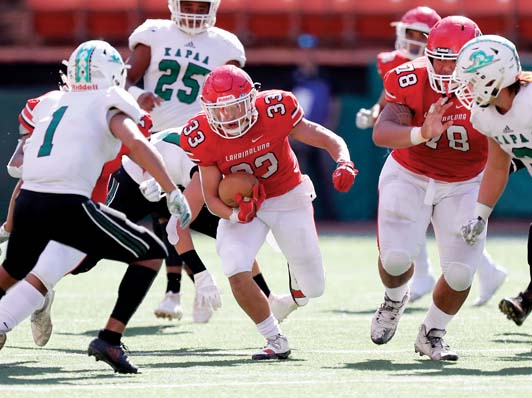 Tuipulotu Lai spent Sunday night at Maui Memorial Medical Center. He had attended church in the morning, but he couldn’t shake the aching feeling in his hand and had a fever.

The Lahainaluna High School senior two-way lineman originally hurt the hand in a state semifinal win over Roosevelt on Nov. 24 as the Maui Interscholastic League champions rolled to a 35-0 victory. It lingered through the state championship game, where the Lunas won their fourth straight state Division II title, 21-10 over Kapaa last Friday.

“I wasn’t feeling so good,” Lai said. “They assume that it might be a spider bite because they cut open my hand and took out all the puss. They assume that the puss was something from a spider.”

Lai is not sure where the spider bite might have happened, but he received good news in his hospital bed. The heavily-recruited 6-foot-2, 280-pound senior emerged from a crowded race to win The Maui News MIL Defensive Player of the Year award.

Lunas teammate Joshua Tihada, who ran for an all-division state tournament-record 310 yards in the championship game, is the overwhelming choice of the league’s coaches as Offensive Player of the Year. 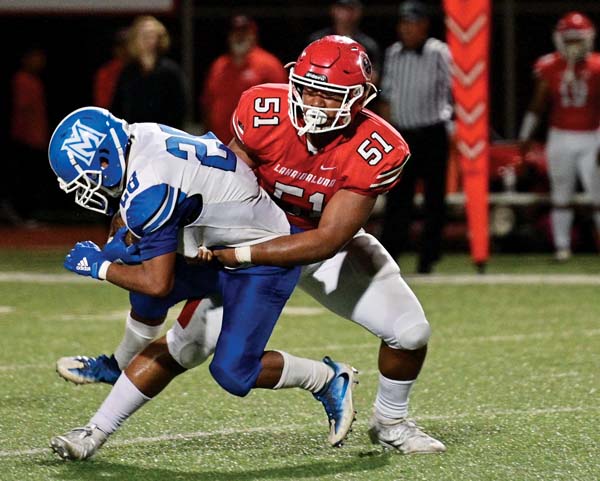 The mystery of Lai’s hurt hand may never be solved, but he’s OK with that.

“At first I thought it was (football-related) because it was swollen,” he said. “I jammed up my finger in the Roosevelt game trying to make a tackle. Because it was swollen at first, I thought over time it got infected. We were all wondering how it appeared to be infected out of nowhere.”

The Lunas’ romp to their fourth straight state title — both Lai and Tihada won a fourth championship ring — was a special one.

“There were a lot of emotions going through our community and our players,” Lai said. “It was something to remember. All the seniors and alumni, we all played for those who set good examples for us and we’re just trying to set good examples to the underclassmen and hope for the best for next year.” 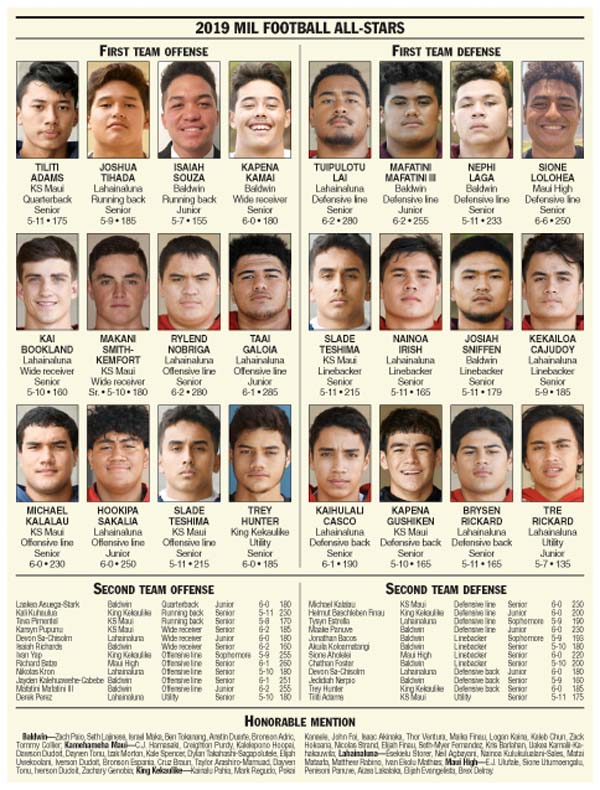 Lunas co-head coaches Dean Rickard and Bobby Watson were voted by their peers as MIL Coaches of the Year.

Tihada was the co-MIL Offensive Player of the Year last season, but this year there was no question who the award was going to. He capped his stellar high school career with his 65th, 66th and 67th touchdowns and a state record on a day he was simply unstoppable.

“Honestly, it’s amazing, it’s a blessing — I just want to thank God for putting me in this position,” Tihada said. “I couldn’t have done it without the O-line, my teammates, my coaches, my family for always pushing me to be the best I can. I’m just so grateful to all of them.”

Tihada was a freshman on the state championship team in 2016 when Justice Tihada, his older brother, was a senior and the go-to running back. 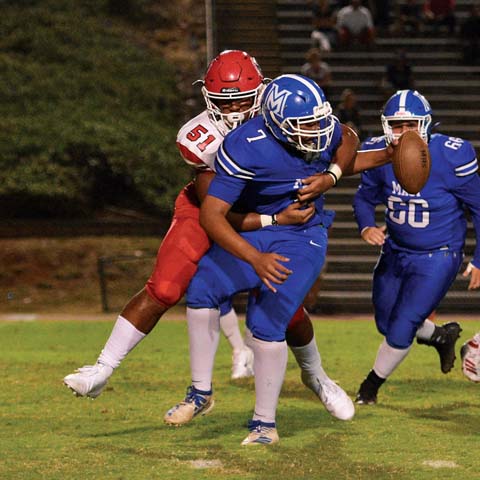 “My brother is always there to support me and he’s always so happy for me,” Joshua Tihada said.

There is one more brother coming up: Kaulana Tihada is a current 8th-grader at Lahaina Intermediate School.

Another brother, of sorts, is the Defensive Player of the Year — Joshua Tihada and Lai have known each other since grade school. Both are set to play basketball for Lahainaluna this winter, but before that, both were selected to play in an all-star game on Oahu this weekend, though Lai’s participation is up in the air as he recovers from the spider bite.

“It’s so perfect to have us Lahaina boys just to be represented,” Tihada said. “He definitely improved himself this year. … Tui is an amazing guy, I give high props to him. It was great to play with him on my team.” 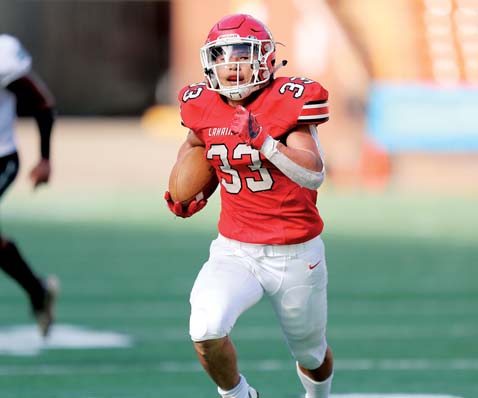