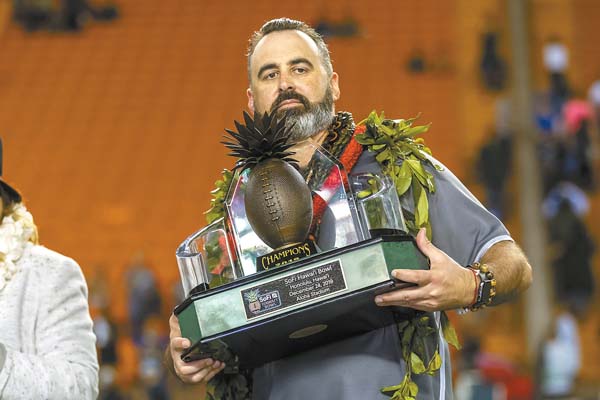 Washington State is close to finalizing an agreement with the University of Hawaii’s Nick Rolovich to take over as the Cougars’ head football coach, according to two people with knowledge of the situation.

The people spoke to The Associated Press on Monday night on condition of anonymity because the hiring had not been announced by the school. The Athletic first reported that Rolovich is expected to take over the Washington State program after Mike Leach left for Mississippi State last week. The deal is expected to be for five years at $3 million per season.

“Nick called me tonight to inform me that he accepted the Washington State job,” Matlin said. “Our football program is in a better place today because of Nick and we wish him all the best. Our search for our next head coach begins immediately.” 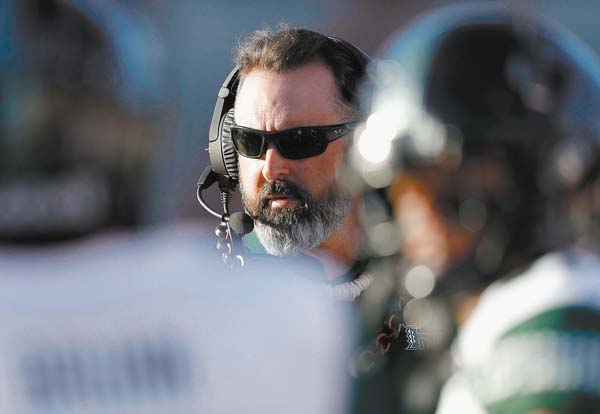 Nick Rolovich has won at least seven games in three of his four seasons at Hawaii. The team’s 10 wins this season were the most for the Rainbow Warriors since 2010.

A former quarterback for the Rainbow Warriors, Rolovich has been the head coach at Hawaii for four seasons and led the program to its first Mountain West Conference West Division title this season. Hawaii went 10-5 overall, losing to Boise State in the Mountain West title game but rebounding to beat BYU in the Hawaii Bowl.

Rolovich has overseen a significant turnaround with the Rainbow Warriors. When he took over at UH in 2016, he inherited a program that had won 11 total games in its first four seasons in the Mountain West. He’s won at least seven games in three of his four seasons. The 10 wins this season were the most for the Rainbow Warriors since 2010, when they won 10 games and were co-champs of the Western Athletic Conference with Nevada and Boise State.

Rolovich is 28-27 in four seasons with the Rainbow Warriors, including three bowl appearances. Rolovich signed a two-year contract extension with Hawaii last January. He made more than $600,000 last season.

Rolovich spent four seasons as an assistant at Hawaii before becoming the offensive coordinator at Nevada in 2012.

Rolovich makes sense for Washington State because of the style of offense he’s run during his time at Hawaii. His high-scoring, pass-happy system will play well in Pullman after Leach’s time installing the “Air Raid” offense on the Palouse.

Hawaii ranked fifth in the country in passing this season and was ninth last season when Rolovich fully adopted a pass-heavy offense.

Washington State athletic director Pat Chun didn’t give much detail last week about what he was seeking in a head coach and whether he wanted to stay with the specific style Leach coached, which made Washington State an attractive destination for quarterbacks and skill position players. Chun didn’t give a timeline, only reiterating he understood the urgency of landing a head coach while not wanting to rush the process.

Chun said he believed it was not the same job it was when Leach was hired in late 2011. Washington State was 9-40 before Leach arrived. The Cougars went 55-47 with six bowl appearances in Leach’s eight seasons.

“I believe that Coach Leach has left us in great shape,” Chun said. “Based on what he took over and what is here now, this is not a rebuild anymore at Washington State. We need and will go find the right person that is going to add to this program.”