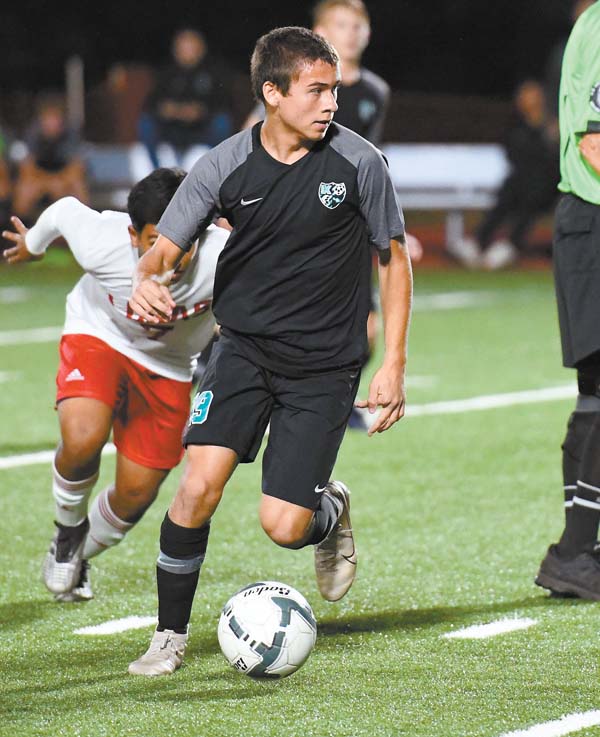 Both teams are riding Maui Interscholastic League title streaks, but the boys find themselves one behind the girls’ string of three straight league crowns.

Hunter Devlin is on a mission to help the Kekaulike boys stay on the heels of their schoolmates, who came home from the state tournament with silver medals last month. 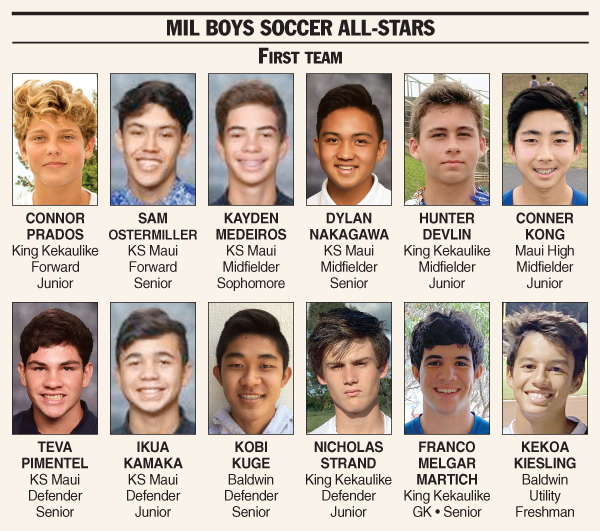 Devlin is the choice of the league’s coaches as The Maui News MIL Player of the Year. The junior midfielder scored three times, but more importantly dished out nine assists for Na Alii this season.

“It feels good, I came into this year, that’s what I was going for,” Devlin said. “I mean, I wanted that Player of the Year, so it feels good to get it, for sure.”

It was perhaps when Devlin was missing that his prowess was most noticeable for Kekaulike. He received a red card in the final MIL match of the season and had to sit out Na Alii’s 4-0 loss to Kalani in the state quarterfinals.

That is clearly a huge motivating factor for Devlin going into his senior season wearing black and teal.

“We have a lot of juniors this year — 13 I believe,” Devlin said. “So, next year is going to be a lot of seniors, very top-heavy. So, we’re going to be an experienced team and, I mean, we’re quality. So, I think next year we want to go beyond just winning the MIL.

“I think next year, just talking to my team and the coaches, we want to win the state title. Like, that’s our goal. … We’ve been playing together for a long time and we love it.”

Devlin knows how tough the red card infraction was on his team at a key time. Prados also missed the match, with an injury.

“It was rough, you know,” he said. “It was my first red ever, so it was hard just sitting there watching my team and not being able to do anything. Watching them, like, struggle at times, not being able to help in any way. All I could do was sit there and help from the side, so it was very difficult.”

The drive now is crystal clear.

King Kekaulike co-head coaches Barry McKay and Tye Perdido are the choices of their peers as MIL co-Coaches of the Year.

“He definitely meant everything,” McKay said of Devlin. “We pushed him from the beginning of the season and he definitely didn’t disappoint. He lived up to our expectations, out there making plays, and keeping the team focused. And, yeah, I’m real proud of that kid.”

Devlin went out of his way to thank his mother Lena Devlin and club coach Carl Musto.

“I would like to thank my mom and Carl Musto for helping me be the player and person I am today,” Hunter Devlin said.

That kind of maturity does not surprise McKay. Upon his return, Devlin scored twice in the first 30 minutes of a 4-3 state consolation-round loss to Kaiser.

“We have a bunch of juniors moving up and he’ll definitely be one of the top dogs, again,” McKay said. “Without (Devlin) at states — and then Connor Prados was injured, so he didn’t play that game — we were sitting ducks out there. It was unfortunate.

“I believe that result will drive the whole team.”