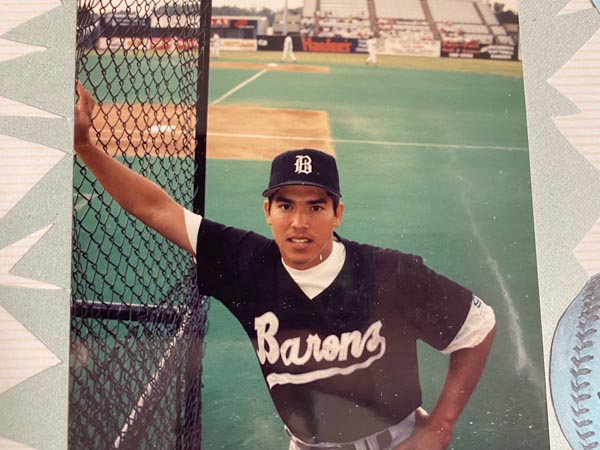 In this undated photo, Joey Vierra is shown during his time with the Double-A Birmingham Barons. Vierra, who has made his home on Maui since playing for the Maui Stingrays, was a teammate of Michael Jordan in 1994, when the NBA great played minor league baseball. Photo courtesy of Joey Vierra

Those who know he was there have been asking Joey Vierra what he recalls about being a minor league baseball teammate of Michael Jordan with the Double-A Birmingham Barons.

The questions have popped up with “The Last Dance” documentary filling the sports television universe recently. Vierra has not watched a minute of the 10-episode series.

For his part of the story, he really doesn’t have to — he was there, in Birmingham, Ala., for two months in 1994 when Jordan hit .202 in his only season in the minors.

“I remember the first night there were 40 newspapers there, 40 different papers,” said Vierra, who has made his home on Maui since playing for the Maui Stingrays on two Hawaii Winter Baseball League championship teams in the mid-1990s. “I remember wondering, ‘Do I have to shower now?’ I mean, they’re in the locker room and everybody was like, ‘How am I going to shower?’ There’s ladies in there, there’s guys in there. You usually have to shower naked, right?

“Even Steve Sax was like, ‘I’m just going to shower,’ so I’m just like, ‘Heck, I’m going to shower now too.’ Everybody was interviewing Jordan and a whole bunch of guys were just going in there to shower. That was kind of funny because nobody really cared about anything other than Jordan.” 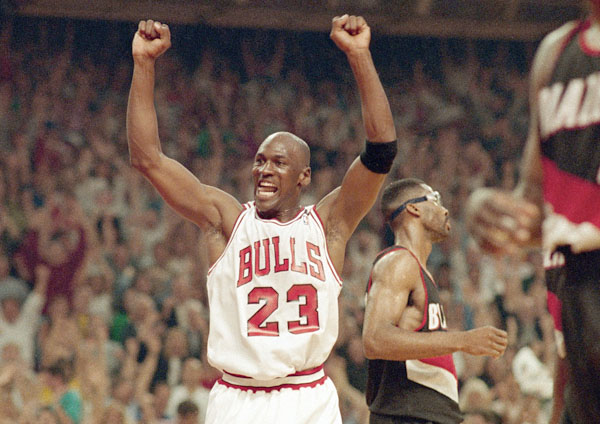 Michael Jordan celebrates the Bulls’ win over the Trail Blazers in the NBA Finals on June 14, 1992. AP file photo

Vierra was drafted in the 31st round by the Cincinnati Reds in 1987. He graduated from Saint Louis School in 1982 and the University of Hawaii in 1987 after playing the first three years of his college career at UH-Hilo.

Vierra recalls hearing from this agent that he had landed a job in Birmingham and then his agent saying, “There’s a little kicker: ‘Michael Jordan is going to be your teammate,’ and I was like, ‘Stop kidding around. Are you sure? That’s going to be disaster,’ thinking like, ‘that’s going to be a crazy show going on,’ a show on wheels kind of thing. And it was.”

Those Barons also included future big-league All-Star pitcher Atlee Hamaker, but perhaps the person Vierra remembers best from his time there was former Negro Leaguer and team ambassador Kenny Hairston. Terry Francona, who Vierra faced earlier in his career in Triple-A, was the Barons manager.

“That was nuts, that crew,” Vierra said. “It was Tito Francona who really made the experience awesome. Michael Jordan was Michael Jordan. I met (Chicago Blackhawk hockey player) Chris Chelios, Charles Barkley and his entourage came in. I had fun with Charles. I remember Chi Chi Rodriguez came in and said, ‘Hey, there’s a guy from Hawaii in here.’ He came in because everything was just a show. It was crazy, it was really neat.”

One of the more telling stories Vierra recalls was spring training the next year when Jordan walked out the baseball door for good. The 1994 season ended with the players’ strike that wiped out the World Series and bled into the 1995 season.

“Michael was invited to (big league) camp and nobody really says anything about the last day of Michael’s baseball career, walking out right in the middle of camp,” Vierra said. “There was 61 of us in spring training in ’95. (White Sox general manager) Ron Schuler had everybody in the clubhouse asking, ‘Who’s going to cross and who’s not going to cross?’ And Michael stood up and said, ‘I told you to keep me out of this.’ And then he walked right by me, right past me, Ron Schuler is cheesing him out, and he’s gone from baseball forever.

“His words that I heard as he passed me were, ‘I told you to leave me out of this,’ but we were all part of it. It was a strike and how can you be left out of it? You’re a player. That summed up my relationship, I knew where my relationship with Michael Jordan was for a long time, but that kind of solidified it. He wasn’t really here for baseball, he was here for Michael Jordan.”

The 56-year-old Vierra, who is currently a vice principal at Kahului Elementary School, remembers throwing to Jordan in practice in 1994.

“When we had to throw live we usually just threw live,” Vierra said. “You would kind of tell him what was coming and then throw it and just kind of throw live so guys can see it. For Michael, I didn’t know how to serve it up. It was kind of hard because he would swing at balls in the dirt, and once you see somebody do that you have to stop yourself from bouncing balls in the dirt to see how many times he’s going to do it.

“The natural instinct is you see something and then you react to it. So I remember bouncing a couple in the dirt and him swinging at it and going, like, ‘Oh, that’s not really helping him,’ but hanging it ain’t going to help me, right? It was kind of funny.”

He recalls losing his first clubhouse game of ping pong against Jordan 21-19 and then asking to switch sides of the table for a rematch. Jordan answered that request with “next.”

Vierra chuckled when he said, “I made sure to never lose another ping pong game to him, and we played quite often.”

Vierra, a 5-foot-7, 170-pound standout left-handed relief pitcher, spent seven seasons at the Triple-A level where he was twice an All-Star but never made it to the major leagues. He played 10 professional seasons, finishing with a 3.38 ERA, 29-24 career record and 36 saves in 581 1/3 innings.

“I don’t want to use the word bitter, it took me a long time, it took me a long time to get over the fact that, ‘You know what? It’s not going to happen, you might as well just deal with it, accept it, and move on,’ “Vierra said. “You know how when you grew up and your dad said, ‘You know what? You just keep working hard and it’ll come,’ right? And you expect it, so when it didn’t come it wasn’t a good feeling.”

Vierra has spent time as a softball coach and baseball pitching coach for Baldwin High School, where he has worked in the past — his wife Donna still works at the school and his daughters attended the school.

He returned to coaching this spring — after more than 10 years away — for the Giants, a group of 13-year-olds who play in the Central East Maui Little League at the Intermediate 50/70 level.

“I really started to find a love of the game again,” Vierra said.

Vierra’s youngest daughter Jordyn now performs music with him at church from time to time. When asked if she was named after Michael Jordan, Vierra laughed.

“Everybody asks that question, but I think my wife wanted that name and I think that’s why she wanted it, I’m not sure,” said Vierra, who is an accomplished professional musician who often plays at local eateries.

Vierra did see signs that MJ was willing to work hard in baseball, but it was an uphill climb for a 31-year-old who hadn’t played the game since high school.

“The work ethic was there, for sure, but it was very elementary,” Vierra said. “You’re working on your swing, so he’s got to work on his swing. So, it must have been frustrating because he did work hard and guys took the extra time to be there to help him.

In this undated photo, Joey Vierra is shown during his time with the Double-A Birmingham Barons. Vierra, who has made his home on Maui since playing for the Maui Stingrays, was a teammate of Michael Jordan in 1994, when the NBA great played minor league baseball. Photo courtesy of Joey Vierra

Michael Jordan celebrates the Bulls’ win over the Trail Blazers in the NBA Finals on June 14, 1992. AP file photo 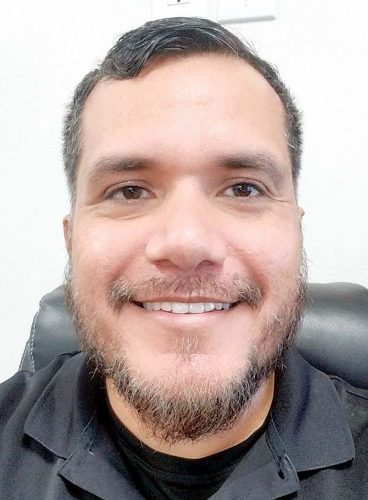