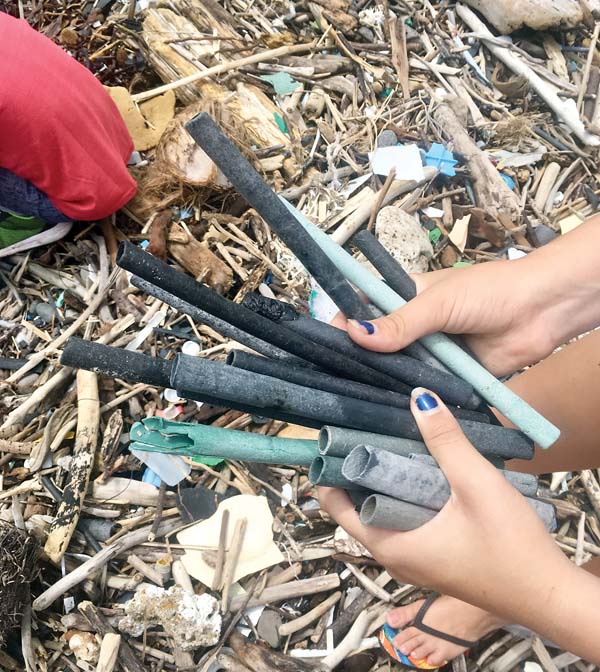 Cleanup participants display oyster spacer tubes found at Kahului Harbor. These plastic tubes are used in Asian and West Coast oyster farming operations. Once made from natural materials like bamboo, these oyster spacer tubes can be swept away during large storms or hurricanes and carried across the ocean to Hawaii beaches.

Record amounts of net masses have hit Hawaii’s shores this year and many of the community groups who responded to their removal also attended a recent international event on marine pollution in California.

Last month, 28 delegates from Hawaii representing numerous organizations and agencies made their way to San Diego to attend and present at the sixth International Marine Debris Conference. This weeklong event that was hosted by the National Oceanic and Atmospheric Association, and the United Nations Environment Program brought together more than 700 participants from over 50 countries around the world March 12-16.

“As an island in the middle of the Pacific, we are especially susceptible to the impacts of plastic pollution. Our research on Maui has increasingly helped inform local policies, establish baseline data for debris loads and improve our understanding of the plastic pollution issue — both on a local and Pacificwide scale,” said Lauren Blickley, founder of Swell Consulting.

Plastic pollution represents between 60 and 95 percent of the debris found in the world’s oceans. Plastic pollution is commonly mistaken by animals for food. An estimated 90 percent of seabirds have plastic in their guts. Turtles, fish, sharks, seabirds and even whales have also been shown to ingest plastic.

Fortunately, marine debris and plastic pollution are preventable. Refusing single-use plastics like straws, plastic bags, utensils and to-go containers are easy first steps that consumers can take every day. And though plastic pollution is a global issue, it is one that is largely addressed on a local scale.

“Over the past decade, Maui has led the islands in addressing marine debris, particularly single-use plastics. We were first movers in banning plastic bags and smoking on beaches, and were the first county to phase out polystyrene (Styrofoam) food containers. We’re leading by example, and 6IMDC allowed us to further share our successes and lessons learned on an international stage,” said Blickley. 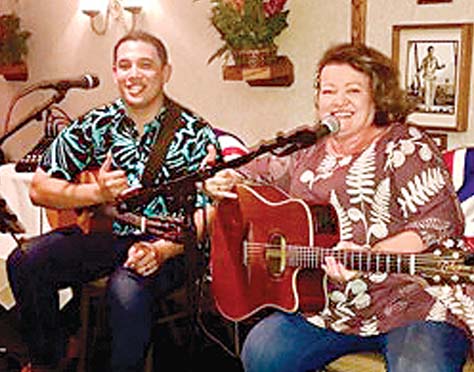 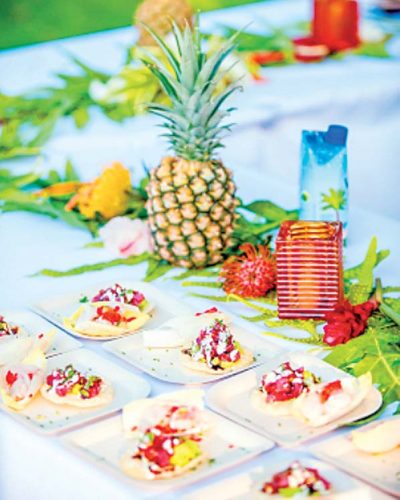 The Makena Golf & Beach Club is partnering with community-based nonprofit organization Ala Kukui to present a ...

Maui AIDS Foundation will present Mardi Gras Maui at 5:30 p.m. Friday at the Waikapu Ballroom of the King ...