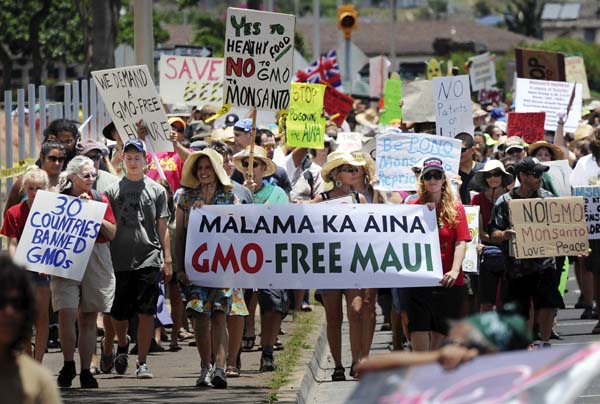 “We conclude that the Legislature intended to create an exclusive, uniform and comprehensive state statutory schedule for potentially harmful plants,” Callahan said, writing for Judges Sidney Thomas and Mary Murguia. “By banning commercialized GE plants, the ordinance impermissibly intrudes into this area of exclusive state regulation and thus is beyond the county’s authority.”

Filed nearly a year ago, the SHAKA (Sustainable Hawaiian Agriculture for the Keiki and the Aina) Movement appealed Mollway’s June 2015 ruling that shelved a move to implement the moratorium narrowly approved by voters in November 2014. SHAKA led the effort to pass the county’s first voter initiative.

The moratorium ordinance aimed to outlaw the cultivation, growth or testing of genetically engineered crops until scientific studies determined their safety and benefits. 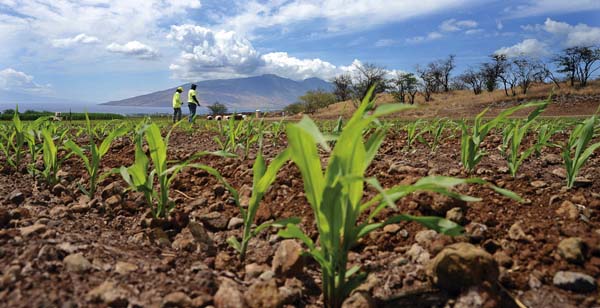 Mark Sheehan of SHAKA and a plaintiff in the appeal, said Friday that there will be no further appeals, ending the effort to get the moratorium enacted.

However, he and Bruce Douglas of SHAKA, who co-authored the initiative, noted favorable aspects in the ruling. While disappointed with the ruling, Sheehan said that the appeals court “acknowledged there is economic and environmental damage from pesticides and commercial GMO activity.”

Callahan’s ruling said that the “cultivation and testing of GE plants raise several well-documented concerns,” including biological contamination of conventional plants and those in the wild in a process called “transgenic contamination.”

“Transgenic contamination has previously caused significant economic impacts on farmers of conventional non-GE crops,” the ruling said. “The cultivation of GE crops also may raise environmental concerns, such as harm to beneficial plants and animals caused by the increased use of pesticides sometimes associated with testing and growing GE corps, the proliferation of ‘superweeds’ and other pests resistant to pesticides and the reduction of biodiversity.”

As far as the danger to human health from food produced from GMO crops, Callahan said that scientific studies have not shown a risk.

Douglas called the ruling “a very huge win for the nationwide GMO movement” because the court acknowledged that states and counties in some states have the power to regulate commercial GMO crops. This clarified a gray area in the law, he said.

Still, since the state has authority over commercial GMO farming, “we want the state to take responsibility for exercising that authority” through the Health and Agriculture departments, Sheehan said. “Those agencies have failed in their responsibilities” in the past.

“This new groundbreaking precedent will reshape and reform the entire political and environmental landscape against the scourge of genetic pollution and pesticide pollution throughout our nation,” a statement from SHAKA said Friday afternoon. “SHAKA Movement states that by no means is this ruling a setback or loss in any way. We and the over 20,000 citizens of Maui who voted for the GMO crop moratorium believe in the Hawaii State Constitution and will continue our efforts to ensure the public trust doctrine is honored as the rule of our lands.”

An official with the county declined to comment specifically about the ruling, but other defendants in the appeal applauded the ruling.

“We’re listening, and we’ve heard the concerns some people have about GMOs and today’s farming practices,” said Dan Clegg, Hawaii business operations lead for Monsanto, which does GMO farming on Maui and Molokai. “Our commitment to ongoing dialogue with our neighbors doesn’t stop today. We understand the responsibility we have to farm sustainably and to work collaboratively, and we welcome the opportunity to continue having conversations with members of the community.”

Chris Mebille, vice president and chief operating officer for defendant Makoa Trucking and Services of Molokai, said: “We are elated with the court’s ruling. Had it been allowed to stand, the GMO moratorium in Maui County would’ve done great harm to not only our local farmers, but our local businesses, their families and our entire community.”

Mark Wond of defendant Friendly Isle Auto Parts of Kaunakakai also was thankful for the ruling and hoped it would “clear away some of the negative and unsubstantiated claims of GMOs and farming.”

“As a business, this means we can feel confident in investing more into our community,” he said.

“This is a positive ruling for all our local farmers, all agriculture in Hawaii, but most importantly for our local businesses here on Molokai, where the seed industry is a welcomed and stable part of our Molokai economy,” he said.