Araki-Regan has come under fire for her connection to mayor 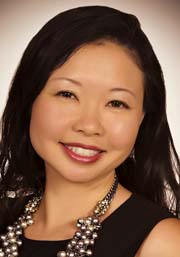 Newly appointed Budget Director Lynn Araki-Regan said Friday that her experience in both the public and private sectors has prepared her for her new position, and she emphasized that her connections to the mayor’s administration would not keep her from carrying out her duties ethically.

The mayor “knows my work ethic, and he knows that I have the utmost integrity and interest in the community,” Araki-Regan said. “I know that I’m a tireless worker and that I would never cheat or take advantage of anything. I think that it’s important for the mayor to select someone you can trust.”

As the county’s former economic development coordinator, Araki-Regan said she’s “always had an interest to return back to the county.”

County spokesman Rod Antone said that the administration searched for a new budget director both within its ranks and outside the county, but that employees are needed in their positions. And, around the same time Baz left, the employee second to him (the budget office does not have a deputy director) left for a higher-paying job in the Finance Department.

Antone said it’s difficult to find people who can accept a temporary, two-year job, given that the mayor is halfway through his four-year term.

“The budget office staff said they wanted to work with Lynn out of the other candidates,” Antone said. “We knew people would probably gripe about the fact that she’s married to Keith, but it’s not like she needed this job. She had her own business.”

A 1988 Baldwin High School graduate, Araki-Regan received her Bachelor of Science degree in accounting from Santa Clara University in 1992. She went on to earn her law degree in 1995 from the William S. Richardson School of Law at the University of Hawaii.

Araki-Regan has had a law practice on Maui since 1996. She has served as a law clerk with the Hawaii Supreme Court, and as grand jury counsel for the state’s 2nd Circuit Court. She is also a licensed Realtor and an etiquette consultant.

In her work with the county and on the boards of local nonprofits, Araki-Regan said she’s had experience putting together budgets, forming policy and working with legislators.

From 2003 to 2006, Araki-Regan was the county’s economic development coordinator and prepared a budget for the Office of Economic Development each year. She created the Mayor’s Small Business Awards Program and developed the Maui County Business Resource Center.

During her time there, the budget averaged $7.5 million a year, she said. The county’s fiscal year 2017 totaled $659.5 million. Araki-Regan acknowledged it was a big step up.

The Office of Economic Development budget amount “may be miniscule as compared to the $659 million budget, but the concepts are the same,” Araki-Regan said. “We have to create performance measures.  . . . We have to make sure that each of the grantees that receive monies are properly managed and that necessary documentation and justification is provided.

“The concept of preparing a budget, whether it be for an office or the whole county, the concepts are the same,” she said, adding that her qualifications go beyond just knowing concepts.

“It’s a combination of work experience along with my education, even my law background,” Araki-Regan said. “Being able to read the County Code, it’s so much easier with a legal background.”

Araki-Regan has come under fire for her connections to Arakawa and Regan. In response to social media criticisms of nepotism, she said that the mayor should appoint people whom he “can trust wholeheartedly.” She said it was “not about the money” and that she didn’t need the job.

“I think if I was thin-skinned and very sensitive about this whole thing, I wouldn’t be able to take this job,” she said. “I think the mayor needs someone who has his back and is politically astute enough to tolerate and not get sick physically over what the public says.”

While Araki-Regan will review the county budget with Regan, she said she is “not supervised by Keith.” The budget director reports to the mayor and the mayor’s chief of staff, Herman Andaya. Araki-Regan said that she believes there are advantages to both her and Regan working for the administration.

“Being able to discuss and pick his brain and having him be accessible after hours, I think we both can make a bigger, more positive difference for the county,” she said. “I’m not hiding the fact that I’m married to him.”

Antone said Araki-Regan sought an opinion from the state Office of Disciplinary Council, which reviews ethical issues and violations for attorneys, before taking the position. Araki-Regan said that the office OK’d her taking the job while still working at her law practice.

Araki-Regan’s appointment was among a number of recent Cabinet shifts. Council Member Gladys Baisa, who is leaving the Upcountry residency seat due to term limits, will become deputy director of the Department of Water Supply with the retirement of Paul Meyer. Council Member Don Couch, who lost his South Maui residency seat in November’s general election, will likely take a yet-to-be-determined position in the Budget Office.

In preparation for the mayor’s proposed budget in March, Araki-Regan said that she’s started meeting with department heads to review their budgets and to “ask the tough questions that I think the council members will ask.” She said, as budget director, she wants to seek out “other revenue sources rather than depending on taxpayer dollars” for much of the county’s expenses. She gave an example of putting ads on buses to offset operation costs.

Andaya said Araki-Regan’s salary is still being finalized. Baz made $114,000 a year, “which is in line with almost every other director,” Andaya said.