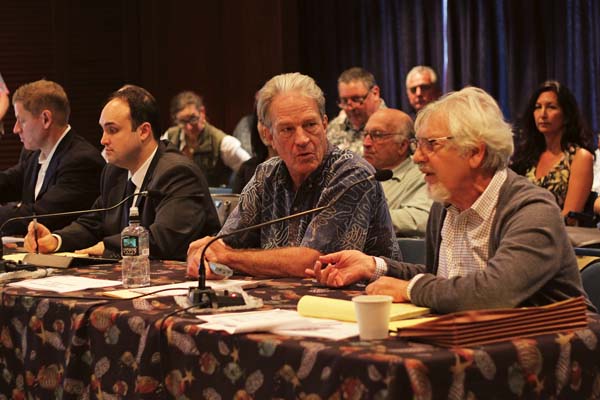 Waikapu Country Town would include 1,000 single-family and 433 multifamily units, but at full buildout would encompass offices, shops, parks, a school and about 1,000 acres of agricultural land.

“It sort of reminds me of the old way, how I grew up in Wailuku,” said testifier Mike Takehara, who comes from a fourth-generation plantation family. “Our community was called a ku, and this project . . . is sort of like a reincarnation of the old way.”

A decade ago, Atherton moved to Maui looking to buy 10 acres. He ended up purchasing 2,000 acres that included the Maui Tropical Plantation from Wailuku Agribusiness. Since then, Atherton said he’s been working with the community on his dream for a “complete and entire community.”

“Waikapu used to be a town,” Atherton said. “We’re giving them a chance to get their identity back.” 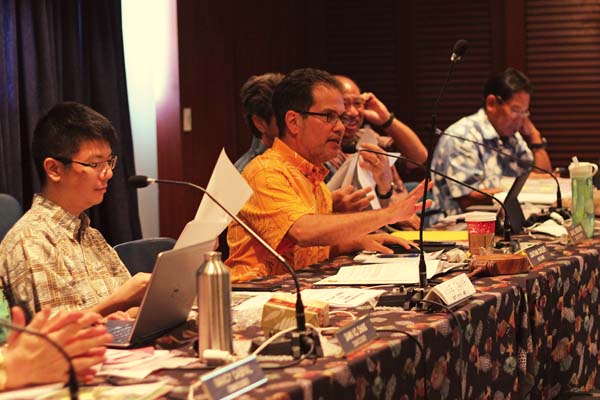 Plans call for the project to be built in two five-year phases through 2026. The project would extend north and south of the Maui Tropical Plantation at 1670 Honoapiilani Highway. Development mauka of the highway will focus on a “village center,” with a mix of affordable- and market-priced housing, commercial space and parks. The makai side will have more housing, an elementary school and park, bordered by the future extension of Waiale Road.

A dual water system would deliver potable water from on-site wells and nonpotable water for irrigation. The site would also have its own wastewater treatment facility. In addition to the 1,433 residential units, a maximum of 146 ohana units would be allowed. The total development would span about 500 acres.

West of the housing, about 800 acres would be set aside as an agricultural preserve in perpetuity, and 277 acres would be dedicated to diversified agriculture. Currently, a handful of local farmers and ranchers are growing canoe crops and raising cattle on the land.

“He’s backing up agriculture and considering keeping 1,000 acres in ag,” said Kula farmer Bobby Pahia, who grows dry land kalo, banana and sweet potato on land leased from Atherton. “I don’t know of any other developers that came and offered this to the community.”

All eight testifiers supported the project because, they said, it was “different” from so many others. Atherton lives in the community, has a business there and is a regular at community association meetings, testifiers said. 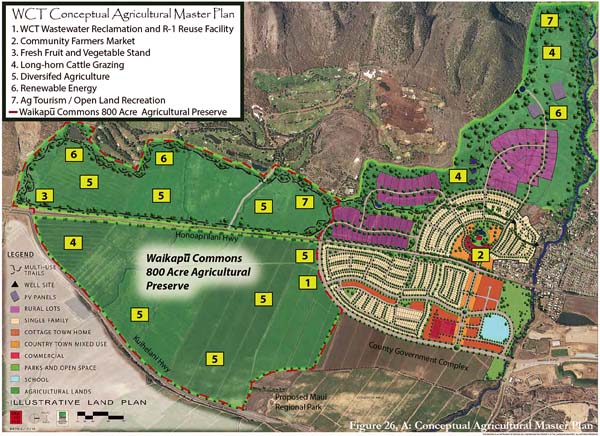 The Waikapu Country Town development would extend north and south of Maui Tropical Plantation along Honoapiilani Highway, with 1,000 single-family and 433 multifamily units, businesses, parks and a school. About 1,000 acres west would be set aside for agricultural use. Plans call for two five-year phases through 2026. The Maui News / COLLEEN UECHI photo

“It’s been my observation that a lot of these developers that have come to our community, come to us because it’s politically correct,” Waikapu resident Russel Gushi said. “We don’t really see a good follow up on our comments. . . . There’s been one exception to all these developers, and that has been Mike Atherton.”

More hearings are still ahead for the Waikapu project. It must undergo another Land Use Commission hearing for the proposed district boundary amendments — from agricultural to rural for about 150 acres and from agricultural to urban for about 335 acres. It must then pass through the Maui Planning Commission, the council Planning Committee and finally, the full council.

Atherton said he hoped these final steps would take 18 months.

“This is a housing project, it has a lot of local support, and because of the local support, I believe we can take it through pretty quick,” he said.

Buildout of the full town, however, is still a ways away. Testifier Dick Mayer expressed some concern over the traffic impacts once the Waikapu project and four other nearby projects — Puunani, Kehalani, Maui Lani and the Waiale housing project — are fully built. If the project took longer than 10 years, commissioner Dawn Chang asked if Atherton would reassess some of the studies.

“I would do that,” Atherton said. “I have no problem with that.”

Hokuao Pellegrino, vice president of Hui O Na Wai Eha, said after the meeting that he was satisfied with the measures taken to protect streams and ensure access to the valley for cultural practices.

“Usually, the developers have to give a certain buffer for the streams,” he explained. “(Atherton) went kind of above and beyond and  . . . put a good amount of green space. The fact that he’s going to be preserving agriculture in perpetuity, that’s really incredible.”

After a relatively smooth meeting, commissioner Nancy Cabral commented on “how nice it is to review something . . . that clearly appears to have considered the entire community.”

“Obviously, we need to have growth, it’s going to continue,” Cabral said. “We might as well face it and try to put it together in the best way possible.”

For more information on the project, visit waikapu.com.

The Waikapu Country Town development would extend north and south of Maui Tropical Plantation along Honoapiilani Highway, with 1,000 single-family and 433 multifamily units, businesses, parks and a school. About 1,000 acres west would be set aside for agricultural use. Plans call for two five-year phases through 2026. The Maui News / COLLEEN UECHI photo