Commissioner: There’s still a long way to go to compete with Oahu 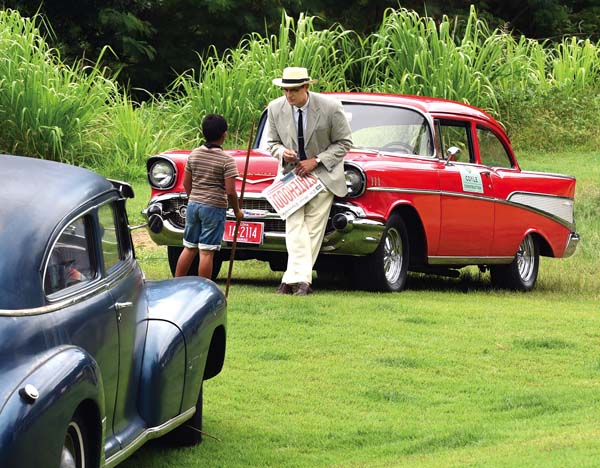 Maui County’s film and television industry is surging after raking in $15 million last year — far surpassing previous years — but the high cost of production compared to Oahu continues to be an impediment, according to the Maui County film commissioner.

Maui County only generated about $4 million in 2015, and under $2 million in previous years, Bennett said. He said that a company was shooting on the island every couple weeks last year. 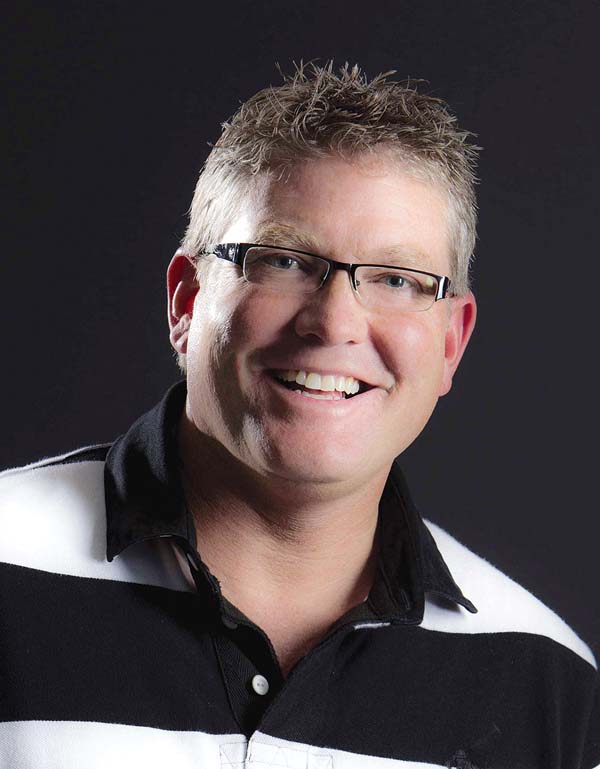 “I’d like to think I made good use of my previous relationships in the industry, and I’ve been going to trade shows and really showing off Maui and what we have to offer,” he said. “I get great support from the mayor and our council.”

Other movies and commercial productions are in the works to be shot on Maui, including one that Bennett signed a nondisclosure agreement on. He said he would not be able to divulge details until the budget is approved on the movie.

The island came close to landing its first legitimate television series with the surfing drama “The 808.” However, it was not picked up by Fox, Bennett said.

He said Maui filmmaker Stefan Schaefer is working on a television comedy series called “Surf Break Hotel” but has yet to connect with a network.

“I’m still trying to land that feature film or a television series,” Bennett said. “All the Neighbor Islands are up against a wall because of the labor issue.” 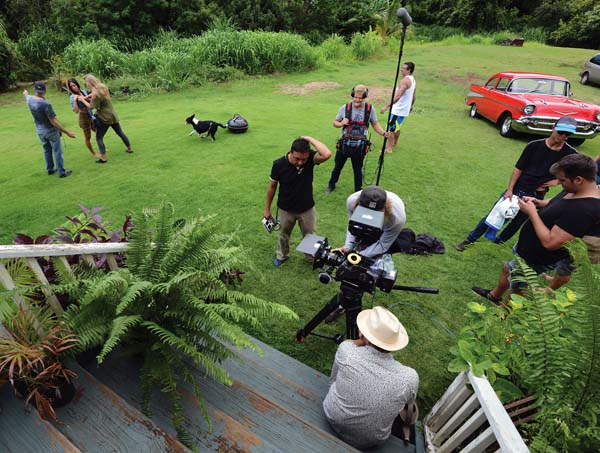 A scene for the movie “Kuleana” is shot in Waiehu on June 9, one of the final days of shooting for the film. Writer/director Brian Kohne said that the film produced on Maui with local actors will be active on the film festival circuit this summer and fall. The Maui News / MATTHEW THAYER photo

Bennett said all three productions scouted the county and had meetings, but “at the end of the day the studios care about the bottom line.”

“It costs anywhere from $600,000 to $2 million more for productions to bring a crew from Oahu, as opposed to just shooting on Oahu,” he said. “Quite frankly, the hotel rates on Maui just can’t compete with Oahu.”

Maui has only 38 registered union workers and most feature films have a local crew of at least 60 to 70 workers, Bennett said. Outside workers must be flown over, housed and fed by the production.

Room rates also can be $100 more per night compared to Oahu, which adds up for a crew of a hundred shooting over the course of eight weeks. 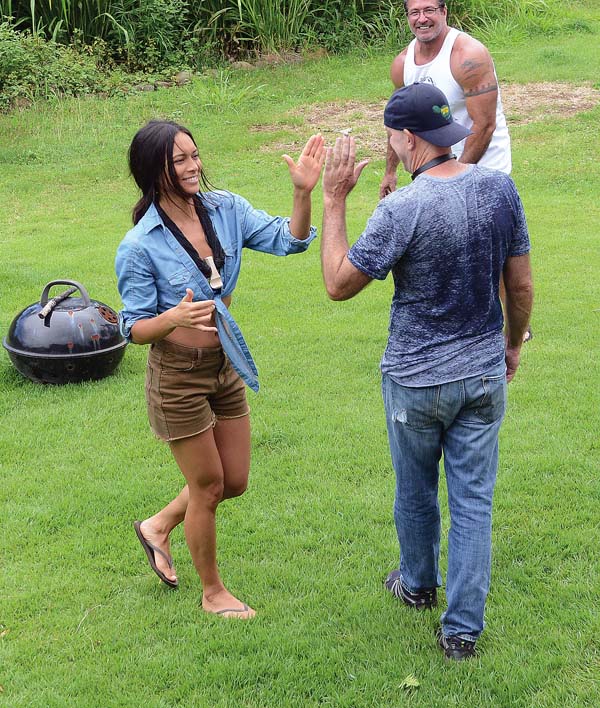 “Every single decision comes down to money, especially when you talk about a big studio,” Bennett said. “That’s really the biggest challenge. I can get the producers and movie studio execs here because they all vacation here and spend time here. But when it comes to financing and shooting a movie on Oahu, we just can’t compete right now.”

Bennett is working with the local union to increase membership to as high as 60, which includes camera operators, makeup artists, actors and set workers. He also is working with state Rep. Justin Woodson of Kahului on a bill that would extend tax incentives for film productions in the state and provide an extra 10 percent for Neighbor Island productions, which would go directly to local labor and goods.

“Justin and I have been working closely for the last couple of years to level the playing field so Maui can get the same type of prospects and number of projects Oahu does,” Bennett said.

Although more workers and incentives would help the Valley Isle’s chances of landing its next big movie or television show, sometimes projects can simply “fall off the face of the Earth,” Bennett said.

Two years ago, the island was supposed to stage the next blockbuster action, adventure and fantasy film series, “Ethyrea: Code of the Brethren.” The film was compared to “The Lord of the Rings” and rumored to star Johnson or Jason Momoa.

Bennett said he spoke with writer and producer Danica Fontaine for a year until communication suddenly stopped in 2015. He said she became “very, very ill” and he has not heard from her since.

“Everybody just sort of moved on,” he said. “I’m hoping that her health is OK. I figured if she had some news to report about coming to Maui she would let me know.

“There’s so many variables that go into a project, whether it be film or TV. The stars literally have to align and so many pieces of the puzzle need to be put in place in order to make it on the big screen or small screens or new media.”

Among the productions shot on Maui that did make it to screens were MTV’s “Are You the One” and Wailuku filmmaker Brian Kohne’s “Kuleana.”

The MTV show that aired in June provided a “huge economical benefit” to local workers and businesses but was not welcomed by residents, Bennett said. He said producers had difficulties getting permits for the stage and a structure on the property. Residents complained to the Mayor’s Office about traffic, noise and lights, forcing Bennett to personally visit and speak with neighbors.

“Overall, I wouldn’t say it was a very good experience for the neighborhood of Haiku, but it put some of our union workers to work,” he said of the production that employed close to 60 people for about eight weeks. “Those are some of the challenges. We get a good project in, but I think there was a lack of communication with the neighborhood and production.

“I think the end product still put Maui on the map and made us look very good.”

Kohne said Wednesday that his film is complete, and that he plans to sign with a sales agent in the next day or two. He was not ready to announce the film’s world and Hawaii premieres, but noted that he is seeking theatrical distribution.

“That’s definitely everybody’s holy grail,” he said. “We’ll definitely achieve that in Hawaii, one way or another.”

Kohne said he is looking at “quite a few film festivals” and expects to release a trailer within a couple months. He said that the film will be active on the film festival circuit throughout the summer and into late fall.

“We will be going to market this year, and we’re very, very excited to,” he said. “It’s powerful, I can’t wait, but we got to line our ducks up. The real prize here is successfully taking a movie produced entirely in Hawaii starring all Hawaii people and putting it out successfully in the world.”

Set on Maui in 1959 (the year of statehood) and 1971, actors and locations will be familiar to older audiences. Kohne wrote 11 drafts over the course of a decade before he settled on the script.

“I obsessed over it all these years. It’s deeply personal,” said the filmmaker, who was born and raised on the island. “You only get one chance to tell a story like this so I was determined to do it as well as I possibly could. The Hawaii crew really took this movie to an amazing place, even I couldn’t have imagined.”

Bennett plans to hold a red-carpet event, possibly at the Maui Arts & Cultural Center, for the film’s premiere. He said that the production employed about 60 people.

Bennett is excited to see how much the county’s film industry will grow over the next few years and plans to attend the annual Association of Film Commissioners International trade show in April. The event is the biggest industrywide gathering in the world, with every movie studio and decision-maker in attendance.

Maui County plans to have its first individual booth at the show, featuring flowers shipped from the islands and other materials promoting the county.

“The reason why I love Maui is because we don’t look like Los Angeles and it’s much easier to work here,” Bennett said. “We just have to make it more economically viable for a production to choose us.”