Jury rules in favor of family in quiet title dispute

A 2nd Circuit Court jury returned a verdict Friday in favor of a Native Hawaiian family in a case involving Makila Land Co.’s attempt to quiet title a 3.4-acre kuleana parcel in Kauaula Valley in Lahaina.

The jury of nine women and three men found that Ke’eaumoku Kapu and his family own the parcel, which has been used for family burials and contains cultural sites, said Wailuku attorney Lance Collins. He said that Makila Land Co. — which is managed by West Maui Land Co. — has a large water pipe that runs over the parcel.

“We’d like to thank the jury for taking a week out of their lives to hear and decide this important case,” said Collins, who represented Kapu along with attorney Bianca Isaki. “We believed the evidence could only support one conclusion and that was that Ke’eaumoku Kapu and his family are the true owners of the kuleana, and that was what the jury found.”

He said Kapu could trace the family claim back to the original 1848 awardee of the parcel known as “Land Commission Award No. 6507 ‘apana 1.”

In 2002, Makila Land Co. sought quiet title to the parcel in an action filed in 2nd Circuit Court. The court initially granted summary judgment on the company’s claim, which Kapu appealed. In 2007, the Intermediate Court of Appeals reversed that decision and sent the case back for trial.

During the four-day trial last week, six witnesses testified. Because some documents in the case were in Hawaiian, two witnesses, Moana Rowland and Melelani Pang, were called as experts on the Hawaiian language.

Collins said Kapu obtained his interest by descent through five generations from the original Land Commission awardee. Makila Land Co. argued it obtained its claim through another person — unknown to the family — who claimed to be related to the original awardee and sold the interest to Pioneer Mill in 1892.

The jury decided in favor of Kapu’s claim and against Makila Land’s claim.

While quiet title cases involving kuleana lands are not uncommon, it is unusual for them to be tried by a jury, Collins said.

For much of the trial, the courtroom gallery was filled with Kapu family members and others following the case. Many of them waited in the hallway while the jury deliberated for about two hours Friday afternoon before returning the verdict.

At least 10 of the 12 jurors had to agree to reach a verdict.

“I want to mahalo everyone, especially all the families, that have supported us in this case that has gone back almost 17 years,” Kapu said in a news release after the verdict was announced Friday. “It’s not over, but today was an important victory for us.”

“We do plan to appeal when the time is appropriate to do so,” Gibson said. “We have confidence in the judicial system.” 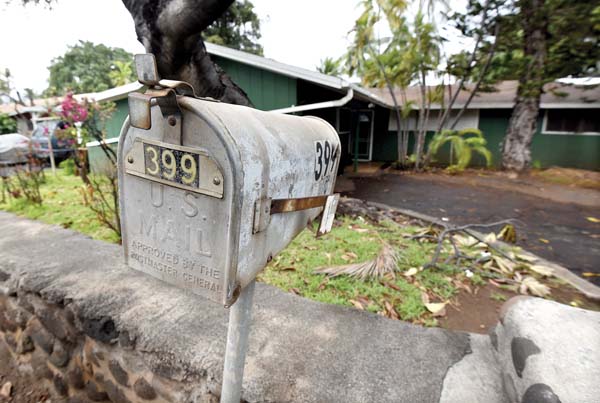 Free child car seat and booster seat inspections will be done from 10:30 a.m. to 1 p.m. Saturday in the parking lot ...

A homeless man was arrested after he punched a woman through her vehicle window before taking her cellphone and ...

The Maui News David Sereno, an attorney on Maui for more than 30 years, was suspended from practicing law in the ...

Mauian, founder of Women’s Marches, to speak at event