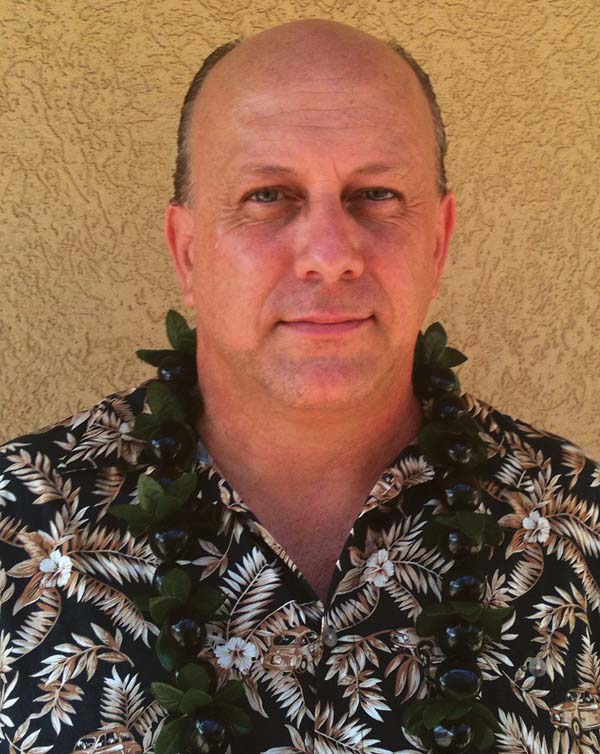 WAILUKU — Two teenagers testified they were “shaken” and “scared” when a stranger used a racial slur and yelled at them while they were waiting for food at a Pukalani restaurant earlier this year.

Antonio Gimbernat “yelled words that were so offensive it created fear, shock and a genuine concern that the defendant was going to hurt them,” said Deputy Prosecutor Joshua Kent.

“At most, it’s an insult,” Wolfenbarger said. “Even though the two teenagers said they believed he was going to assault them, that’s not enough.”

The attorneys made their comments during closing arguments Friday in Gimbernat’s trial in Wailuku District Court.

The 49-year-old Haliimaile resident has pleaded not guilty to harassment and disorderly conduct in connection with the incident at 6:46 p.m. Feb. 22 at McDonald’s in Pukalani.

After hearing testimony and arguments, Judge Kelsey Kawano took the matter under advisement and set a Dec. 15 hearing for his ruling.

Testifying Friday, 16-year-old Antonio Mason said that he walked into the McDonald’s that evening holding the hand of his then-girlfriend Christiane Keyhani.

After ordering ice cream, they were waiting for their food when Gimbernat “walked up behind me, threw up his hand” and said, “I’m sick of these niggers,” Mason testified.

“It was definitely loud enough for the entire McDonald’s to hear as well,” said Mason, who is African-American.

“I was stunned, shocked, confused, and I had no idea what was happening,” Mason said. “I was extremely offended, hurt.

“I was shaken. I was frozen in fear. I didn’t move for a few seconds. I really thought he was going to hit me.”

“I was fearful for me and Antonio,” she said. “I felt like he was going to hurt us.”

Gimbernat was throwing away what was left of his food when he “turned around and continued to shake his hand at me and yell, ‘Do you know your ethnicity? You shouldn’t be with this white girl,’ ” Mason said.

“At this point, I was still frozen and scared,” Mason said. “I really didn’t know what happened.”

Mason took out his cellphone and started recording what was happening.

The video received 95,000 views when it was posted on social media, with some viewers identifying Gimbernat as the man in the video.

That video and a surveillance video without sound from the restaurant were played during the trial Friday.

Restaurant employee Sam-antha Dudoit testified that she was working in the drive-thru area when she heard Gimbernat say something “angry and loud” that made her turn around.

She said she alerted the restaurant manager because she was afraid someone might be hit.

Other customers were getting involved, Dudoit said, with one man trying to get between Mason and Gimbernat.

She said Gimbernat was pushed out of the restaurant.

Gimbernat chose not to testify in his trial.

Wolfenbarger said that the best evidence was the restaurant video, which showed the incident occurred in less than 30 seconds and Gimbernat confronting the couple for less than 10 seconds.

“He walked toward the young couple, made his comment with his food tray in his hand,” Wolfenbarger said. “Then, when he throws his tray away, he made another comment about them being together.

“At the most, they have shown he wanted to say his piece, right or wrong. We have the right in this country to say something.

“We would likely not be here if the N-word was not used.”

Wolfenbarger said that in other cases where someone is charged with harassment, threats have been made.

“In this case, the state is prosecuting Mr. Gimbernat for his words, which are offensive but do not reach the level of a criminal act,” Wolfenbarger said.

“A majority of people in society do not want to hear these statements,” Wolfenbarger said. “But there are a good number of people who have these ideals, perhaps, just like Mr. Gimbernat. That doesn’t make it a crime.”

Kent said that the teenagers were harassed “without provocation or reason.”

“All they wanted to do was enjoy an evening together with a nice meal,” Kent said. “What is clear is the defendant’s attention was drawn to them solely on factors out of their control — the color of their skin. He had difficulty taking his eyes off them.

“You can’t walk into a crowded movie theater and yell fire if there’s no fire,” Kent said. “In this case, the defendant reached far beyond constitutional protections.”