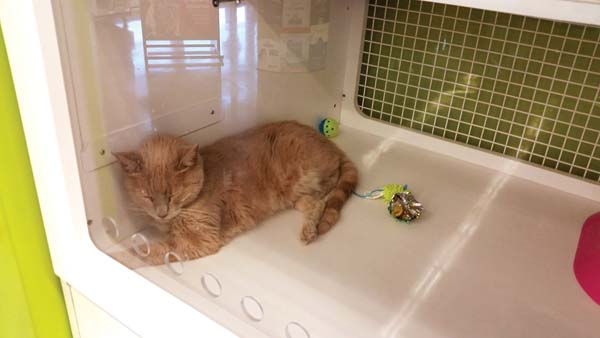 Add to the list Domino’s Pizza, Maui Tacos, Planet Fitness, HMSA, Starbucks, Massage Envy and Ulta Beauty, which have signed leases with the center. Brooks R. Borror, principal broker of Commercial Consultants Inc., based on Oahu, confirmed the leases Monday and said that the businesses all will be open “probably no later than second quarter” of 2018.

There still are five smaller spaces to fill, Borror said. Commercial Consultants currently is negotiating with several businesses on the already built anchor spot on the southern portion of the center.

Yet to be built is another building in the corner spot nearest to Maui Veterans Highway, formerly known as Mokulele Highway, he said. 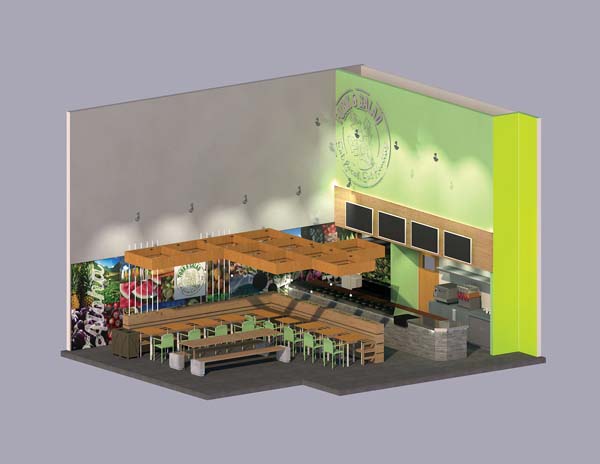 This concept illustration shows the planned interior for Fork & Salad’s location at the Puunene Shopping Center. The farm-to-table eatery is expected to open by late spring.

Businesses that are new to Maui are Planet Fitness, Ulta Beauty and Massage Envy.

Planet Fitness has over 10 million members and more than 1,300 locations in 48 states and the District of Columbia, Puerto Rico, Canada and the Dominican Republic, according to its website. Borror said Planet Fitness also will have a location at Ala Moana Center on Oahu soon.

It is known as a low-cost fitness center with a “judgement free zone” that allows members to relax and to go at their own pace. The Planet Fitness at Puunene Shopping Center will be in a 25,000-square-foot spot.

Also coming to the center is Ulta Beauty, which recently announced the opening of stores in Kailua and at Pearl Highlands Center on Oahu. Ulta Beauty carries cosmetics, hair-care products, fragrances and skin-care brands.

Massage Envy currently has four locations on Oahu, according to its website. Services offered by the Scottsdale, Ariz.-based company include therapeutic massage and skin-care services.

The businesses join anchor tenant Target, which opened in 2015, and Verizon Wireless and Supercuts, which opened earlier this year.

Verizon moved from the nearby Maui Marketplace, as did Petco, which closed its Maui Marketplace doors Sunday and opened in the Puunene Shopping Center on Monday, said Petco spokeswoman Stephanie Wilson.

The new store is about 500 square feet larger than the previous location and its design elements include an interactive park to hold dog training classes in the center of the store, an immersive aquatic department and a grooming salon, Wilson said.

A grand-opening weekend will be held Friday through Sunday.

Maui Marketplace along Dairy Road has seen an exodus and closing of stores in recent years. Both Sports Authority and Borders Books Music & Cafe closed after the national companies went into bankruptcy. Lowe’s home improvement store vacated the Maui Marketplace for a spot in the Maui Business Park near Target earlier this year.

Being in the Puunene Shopping Center with Target and near to Walmart, Home Depot and Lowe’s is a draw, said Jeff Endervelt, president of Maui Tacos.

“This is beginning to be a very exciting trade area,” Endervelt said from New York on Monday. “We think that area will be growth areas for commercial and retail for quite a while.”

He expects the new Maui Tacos outlet to open between Dec. 20 and Jan. 15. The 1,265-square-foot restaurant will seat about 36 people and includes an outdoor patio space.

At the beginning of this year, there were eight Maui Tacos locations nationally, but by the middle of 2018, there will be 14 to 15, Endervelt said. Maui Tacos got its start with a location in Napili in 1993.

As for Fork & Salad, the project is in the design phase with owners Jaron Blosser, Travis Morrin and Cody Christopher hoping to open the site by late spring, according to a news release. The 1,400-square-foot eatery will provide indoor seating for more than 30 with dine-in, takeout and pickup options.

The business focuses on farm-to-table fare with fresh salads, sandwiches and soups. A Kihei outlet in the Azeka Mauka shopping center opened in July 2016. At the Puunene Shopping Center location, owners plan to enhance their menu with more signature salads, steak as an added protein and infused house-made lemonades and ice teas.

Morrin said in an email Monday that he and co-owners always “dreamed of expanding our concept since its inception.”

“Our mission is to redefine farm-to-table eating as convenient, fast and affordable. We want anyone and everyone to have access to farm fresh Maui ingredients, via salads, sandwiches, soups, etc. — so expanding beyond just Kihei was always a goal.

“We thought that having a ‘central’ store meant more people could try out Fork & Salad,” expanding its potential customer base to East and West Mauians as well, Morrin wrote. Another storefront also means more sales and support for the more than 25 farms and Maui vendors that Fork & Salad patronizes.

The owners are all chefs, friends and business partners who launched Three’s Catering back in 2010. They also run Three’s Bar & Grill in Kihei and a food truck.