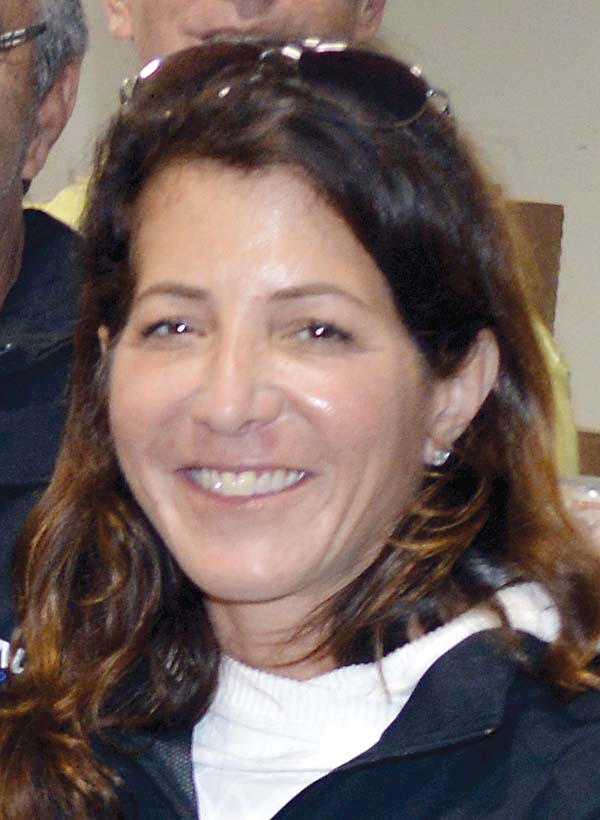 WAILUKU — A California couple who paid off layaway bills for customers at Mainland big-box stores last year are spreading their generosity to Maui, donating $10,000 to the Maui Food Bank on Thursday.

Long Beach residents Steve and Samantha Bryson, who are vacationing on the island during the holidays, personally stopped by the food bank to drop off a check and even stock a few shelves.

“I have to give something back. We like to help,” said Steve Bryson, noting he has been visiting the state for more than two decades and is looking to buy a home here.

He said that he loves the people of Maui.

“It’s the vibe. People are the friendliest and nicest people on the planet,” he said. 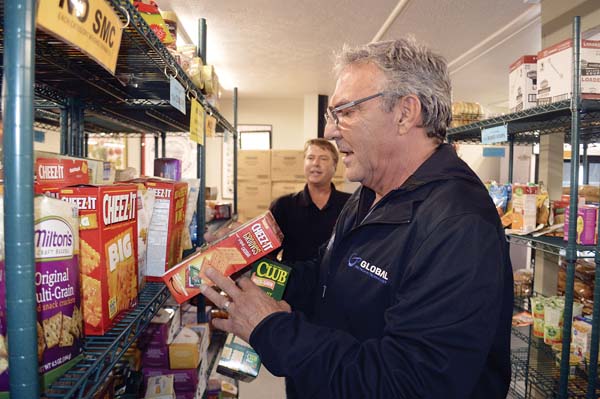 Maui Food Bank Director of Operations Keith Wright (left) and donor Steve Bryson stock shelves Thursday at the food bank in Wailuku. Bryson and wife Samantha of California donated $10,000 to the food bank. They are hoping others will donate as well. The Maui News / MELISSA TANJI photo

The Brysons own Torrance, Calif.-based Global Electronic Technology, an electronic payments processing company; the record label I55 Productions; and online billing solutions firm OrbitalPay. They also founded the Cypress, Calif.-based Never Forgotten Foundation, a nonprofit that helps impoverished people. And he has a soft spot for veterans, himself serving as a paratrooper in the Army’s 82nd Airborne Division.

On a previous visit to Maui, Samantha Bryson saw a Maui Food Bank sign in West Maui. The couple investigated further and decided to donate their money to the organization.

“We are constantly searching for needs and places that have needs,” Steve Bryson said.

“When guests visit Maui from the Mainland and hear about a need and then step up to meet that need, it is very much appreciated,” said Maui Food Bank Development Director Marlene Rice.

The food bank was surprised and gratified by the Brysons’ donation, she said.

The donation can be used immediately to purchase rice and fresh produce.

Steve Bryson was impressed with the nonprofit organization. He said that his donation doubled after he found out about the food bank’s Aloha Backpack Buddies program. Elementary schoolchildren who are participated in the free and reduced meal program receive a pre-filled backpack Fridays thanks to the program. The backpacks contains six meals that students take home for the weekend. The program was launched in September 2012 with one school. There are now 20 participating schools.

“That alone is really quite special,” Steve Bryson said, as he saw one of the backpacks.

When asked why he made a donation for food instead of paying off layaway items, Bryson reflected back on his poor childhood in Memphis, Tenn. His father had an alcohol problem and was away from the family, and his mother raised six children.

A family friend used to drop off food for his family.

Bryson said that no matter where people are living, they shouldn’t be afraid or ashamed to seek assistance.

Bryson said that he makes his donations public with the hope that others will come forward and do the same, or even donate to his organization so he can help others.

Around 90 percent of what Bryson donates is from his own family or company, with the rest coming from others.

“We are going to keep on doing it, even if we have to do it alone.”