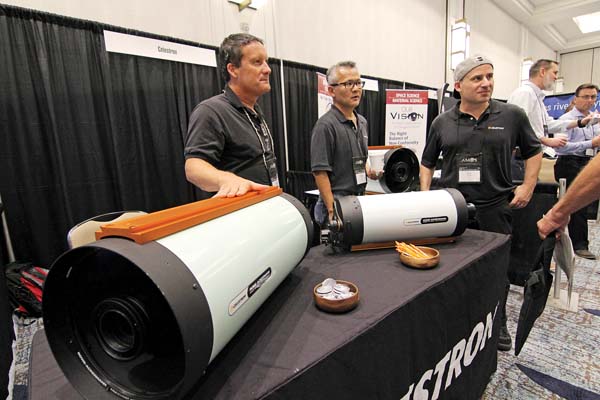 WAILEA — Nearly 60 years ago, world powers raced to be the first to launch into space. But now, it’s less of a concern about who gets there first — and more about what they’ll do once they get there.

“Like it or not, we are entangled with a rapidly evolving threat that is changing our calculus and changing the way we have to think about space,” Air Force Maj. Gen. Stephen Whiting said Wednesday at the 19th annual Advanced Maui Optical and Space Surveillance Technologies Conference. “For decades we knew who our neighbors on orbit were, and we could understand their norms of behavior, which in turn shaped our own norms of behavior. But space is no longer a sanctuary.”

AMOS, held annually by the Maui Economic Development Board, drew more than 830 people, including military officials, defense contractors and academics, to the Wailea Beach Resort-Marriott, Maui for a weeklong conference on the unique challenges and opportunities of space.

Whiting, the keynote speaker, said that space has become just as important a battlefield as land, sea, air and technology, and changes over the past year have set “a precedent for how interested we are as a nation in space.”

For example, the National Space Defense Center in Colorado transitioned from an experimental unit to a 24/7 operation, which will improve the military’s ability to detect and defend against threats to its space system. The U.S. also launched an innovative new space surveillance satellite (ORS-5) that performs better for a fraction of the cost. 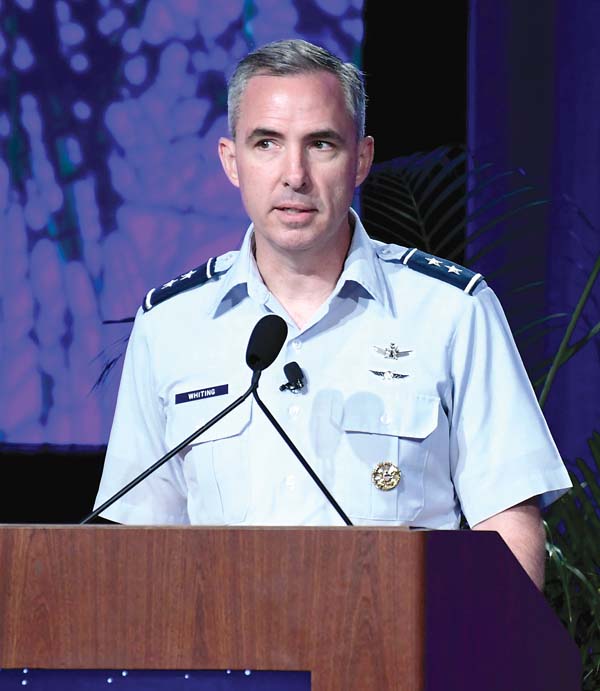 Next year, the Lockheed Martin-engineered Space Fence, another space surveillance facility, will come online in the Marshall Islands, allowing the Air Force to track some 200,000 objects in space.

“We’ve entered the age of reusable rockets, of rapidly decreasing cost of space access leading to exponentially increasing rates of adoption,” Whiting said. “My staff calls this a modern manifest destiny. I call it the second golden age of space.”

But as the U.S. adapts, so do other nations. AMOS panelist Jana Robinson, space security program director for the Prague Security Studies Institute, pointed to China and Russia in particular, whose ramped-up space operations and “seemingly benign” space partnership agreements with other nations appear “driven by a desire to gain influence or even take control of the nascent space center in countries such as Pakistan, Bolivia, Nigeria, Belarus or South Africa.”

When it comes to future threats in space, Whiting said he likes to look to the past — to British Vice Admiral Horatio Nelson, who went against traditional strategy and used his captains’ talents to beat the formidable Franco-Spanish armada during the 1805 Battle of Trafalgar.

“He witnessed a new and unpredictable threat growing on the horizon, challenging Britain’s superiority over their strongest military domain, the sea,” Whiting said. “And the same principles that held true back then still hold true today. Superiority over any domain is not a birthright. Every country must earn it and constantly evolve to maintain it.” 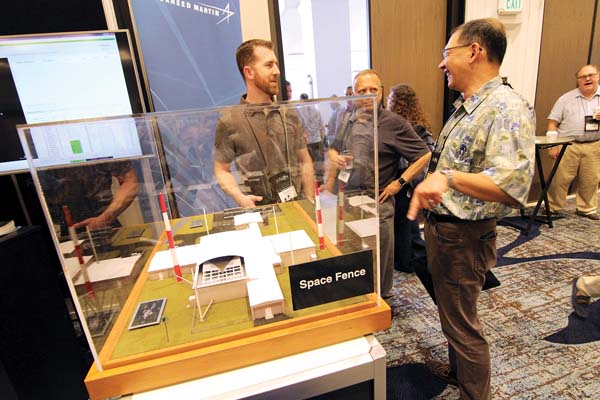 For Whiting, the private sector, unburdened by federal red tape, holds a major key to the future of space.

“Innovate without permission,” he encouraged the audience. “Turn your sensors to the sky and discover new problems. Isolate them and solve them individually and use what you learn to help us preserve peace in the space domain.”

In August, Vice President Mike Pence announced the government’s plans to create a U.S. Space Force as early as 2020 — another indicator of U.S. interests in space. While terms like “Space Force” or “war in space” may conjure images of troops and battles, experts at the conference pointed out that it would be anything but.

“It’s not like ‘Star Wars’ where you’ve got like X-wing fighters and they’re going around in space,” said Steve Gowser, general manager of the Space Environment Research Centre in Australia.

Rather, it comes down to protecting the satellites and systems that not only help the military keep track of movements around the globe, but also allow everyday citizens to use GPS or banks to operate ATMs. 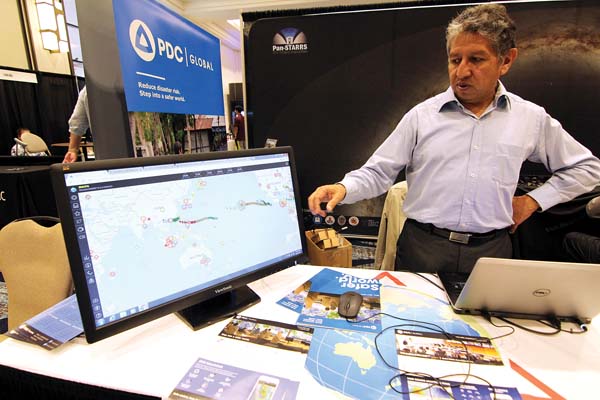 Carlos Villacis, director of applied science at the Pacific Disaster Center, explains how the center keeps track of all major weather activity across the globe.

“So much of our infrastructure relies on space,” said Robert Hall, director of Commercial Space Operations Center (ComSpOC) operations for software developer AGI. “We need to protect the satellites that help protect our daily life. Most people don’t realize how much space is helping provide that.”

Hall declined to take a side on the idea of a Space Force — “that’s for the government to decide,” he said — but he agreed the U.S. needed to take threats in space seriously.

Ron Mason, vice president for business development at CACI, a contractor for the U.S. Department of Defense, said these were issues that “we didn’t have to worry about” a decade ago.

“The threat is constantly evolving,” Mason said. “When we looked at SSA (space situational awareness), it was basically making sure things didn’t bump into each other. Now, it’s not only what is out there. It’s ‘What is it doing? What’s its intentions? If those intentions are hostile, can we assess it early enough and take appropriate measures?’ “

Gowser, the Australian, wasn’t sold on a Space Force. He said that the U.S. Air Force already has the weapons and capabilities to take out satellites and wondered what purpose a Space Force would serve.

“I think it’s a Trumpism,” he said. “In Australia, we have a term: ‘bigging yourself’ . . . when you inflate yourself up and say, ‘I’m bigger, I’m better. . . . I think a Space Force in that sense is a little bit of ‘bigging up’ of capabilities that the U.S. already has.”