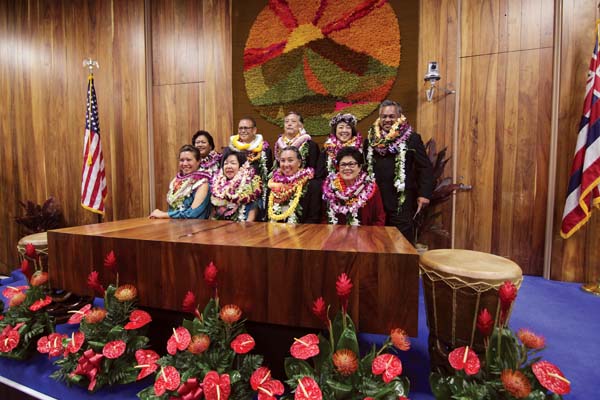 The council decided on its leadership in less than an hour, much faster than the last inauguration day meeting when the leadership still was unresolved by 10 p.m. and the meeting ended around 3:30 a.m. the next day.

This time, the council adjourned at 9:10 p.m. after adopting its rules, approving staff and passing all of the proposed committees. All of the leadership votes were unanimous, though some voted for King with reservations.

Kama nominated King for chairwoman, saying that she was impressed with King when they both served on the Board of Education, and that King has experience as a successful business owner with good networking and communication skills. 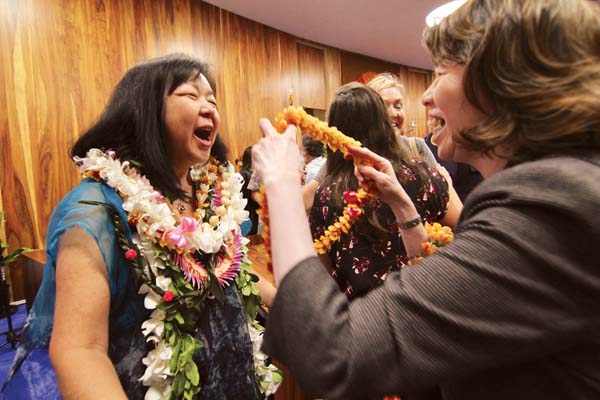 Lee, Hokama and Sugimura voted yes but with reservations. Lee said King had “some very admirable qualities, but I don’t always agree with her on all the issues,” while Hokama said that he had tried to reach out to King to discuss the upcoming council but that she never met with him. (King later apologized if Hokama felt there was a miscommunication and said she didn’t hear back from him on a meeting date.)

After King was elected, Sinenci nominated Rawlins-Fernandez, praising her as a “constant portrayal of integrity and professionalism” and that she brought dedication and strong family values.

Rawlins-Fernandez then nominated Kama for pro tem because of her “big heart,” her belief in diplomacy and compromise and her understanding of everyday people’s struggles.

“Thank you to my colleagues for their faith and their trust and their aloha to me,” Kama said. “I’ve never heard many of you speak the way you’ve spoken today to me or about me, but I like it, so don’t stop.”

But the most hotly debated issue was over salaries for Office of Council Services staff, who haven’t gotten raises since 2012, Director Maria Zielinski said. With the stagnant salaries, morale has been low and it’s been hard for the office to retain staff. Zielinski said her office has been working with five vacancies. 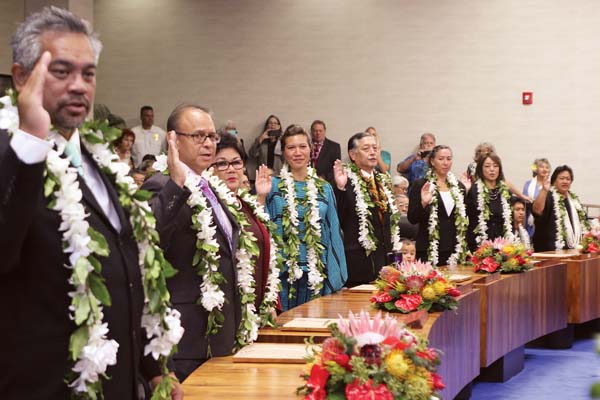 But Hokama, who chaired the Budget and Finance Committee during the last term, was concerned about asking six new council members to decide on salary increases when they hadn’t had much time to work with the staff and weren’t familiar with budget issues.

“Do you know who you’re giving raises to?” Hokama asked. “Have you seen their work effort and their work product? . . . This is not the place for the first meeting of the council to deal with this kind of pay increases. I think you guys should have time to talk to the employee, have it reviewed, and make up your mind. . . . We can do retroactive (increases) come budget.”

Zielinski said the approved increases in salaries would amount to $51,000 for the rest of the fiscal year. She added that because her office has five vacancies, they’ve actually been saving money, and that money for raises could come from other areas. For example, the office has $1.2 million for audits but has only used about $600,000 up to this point.

Molina suggested the council defer the issue to give members time to work with staff and then take it up again during budget talks in March. But King said she was not going to defer the issue.

“We have some employees who may walk out the door if we don’t do this,” she said. “We have some very good employees that I’ve worked with over the last two years who have been very frustrated, and we are having a hard time attracting people to Office of Council Services. . . . I’m convinced that this is the right move.” 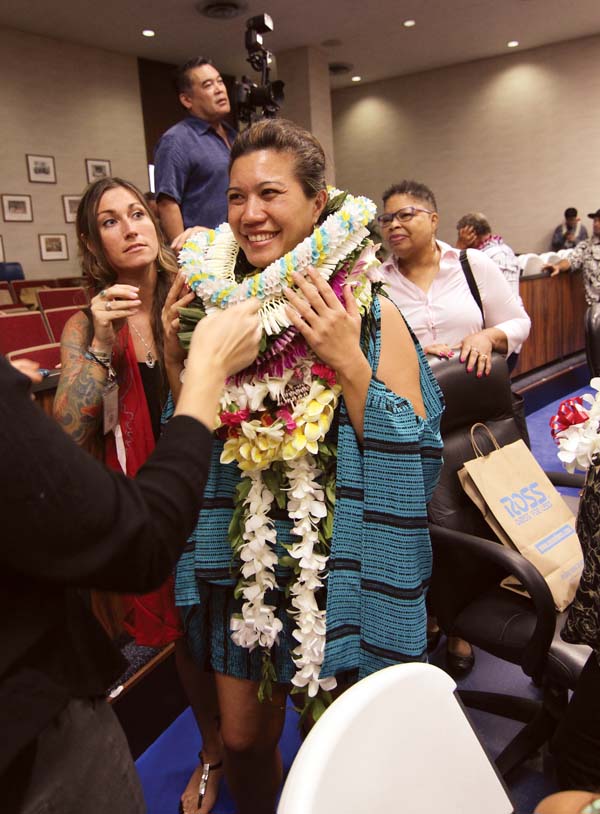 Council members eventually approved Josiah Nishita as the county clerk with a salary of $105,000 and Maggie Clark as deputy county clerk with a salary of $94,000. They also approved Zielinski as director of Council Services and bumped her salary from $127,059 to $135,000. They also gave David Raatz a salary bump from $127,948 to $135,000 and approved him as the office’s supervising legislative attorney. Hokama was the lone dissenting vote to the pay increases.

“I can’t tell you how excited I am about this day,” testifier Mark Joiner said. “I think this is going to go down in history as a day that Maui Nui changed, that all of a sudden there’s this bright new sunrise over Haleakala.”

Several testifiers spoke in favor of King, Rawlins-Fernandez and Kama assuming the three leadership roles. They also supported the proposed committees, especially the move to give affordable housing its own committee.

The council eventually passed all of the proposed committees. They are: Affordable Housing; Economic Development and Budget; Environmental, Agricultural and Cultural Preservation; Government, Ethics and Transparency; Healthy Families and Communities; Multimodal Transportation; Planning and Sustainable Land Use; and Water and Infrastructure. 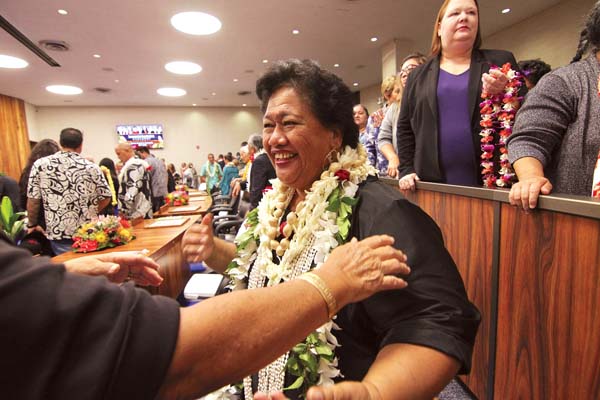 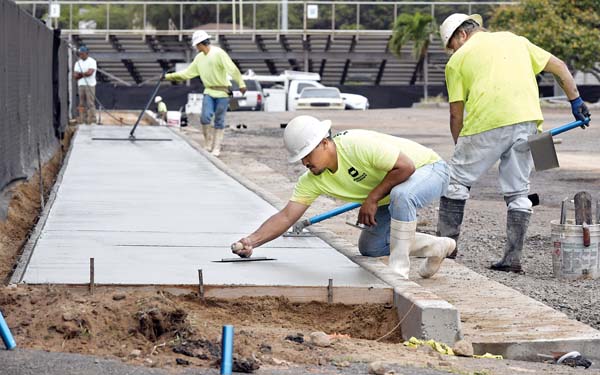