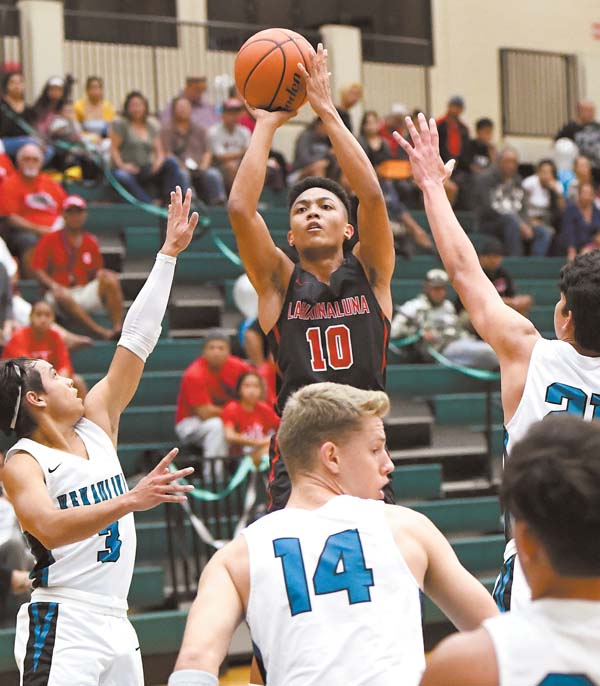 Kama Konohia remembers meeting the new kid who would soon be his teammate prior to the Maui Lani Bucks’ season in the Maui Menehune League five years ago.

Reece Pascua had just moved to the Valley Isle from Sacramento, Calif., before he entered 8th grade and the seeds were planted at that moment for the future of the Maui Interscholastic League Division I and II ranks.

Lahainaluna High School’s Pascua is the unanimous choice among the league’s coaches as The Maui News MIL Player of the Year in D-I, while Seabury Hall’s Konohia earns the nod in Division II.

“That’s actually pretty cool because when I first moved here he was my first teammate,” Pascua said of Konohia. “It’s cool to see him and I both become successful players in high school.” 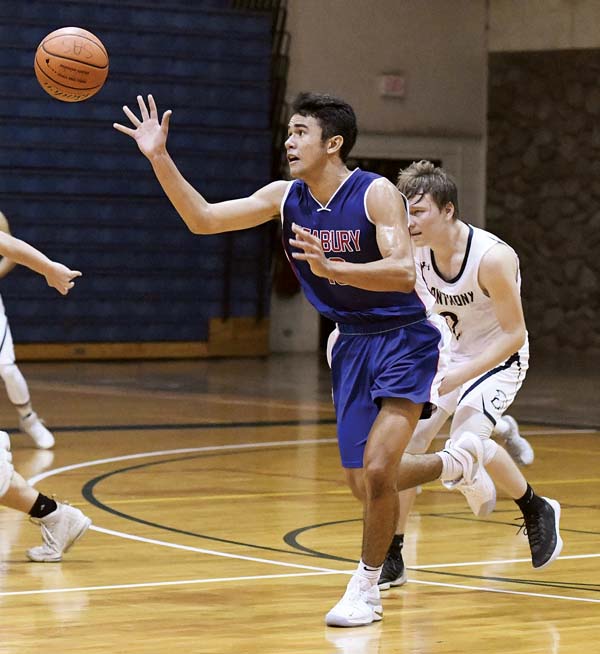 “We were, like, the two main guys on Maui Lani, so we became really good friends,” Konohia said. “I would go over to his house, I know his family really well. We would train together, we played on the same club team for one summer. We’re pretty good friends, through basketball. … He’s just one of the smartest players I’ve ever played with.”

Pascua, a 5-foot-11 point guard, led the Lunas to their fifth straight MIL title and finished his career 55-1 in MIL play, winning the final 52. He was the unquestioned leader of the Lunas this season, whether it be by example, scoring or passing to make sure teammates were involved.

“I’m kind of surprised — I didn’t think I did that well this year, but I guess I performed well enough to impress people,” Pascua said. “It was a good run. I’m not too pleased with the outcome of the state tourney and whatnot, but I’m pleased with the way my teammates played this year and how we performed as a team.”

“It’s very, very exciting, I’ve had many good players before me with Isaiah being my teammate for the past three years,” Konohia said. “This was my year to just kind of shine. Of course, I had my senior counterpart Noah Payne, who just did amazing this season. I really couldn’t have done it without my teammates and their support.” 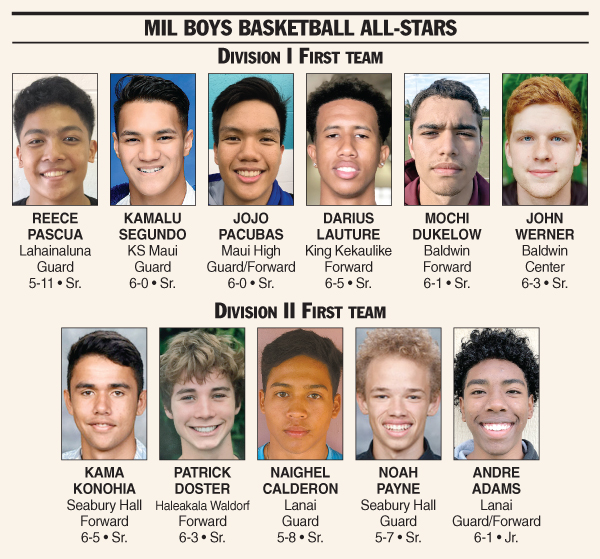 Seabury Hall coach Scott Prather is the D-II coach of the year.

“My coach, for putting me in a situation to do the best I could throughout the whole year, giving me the ball when the game’s on the line, I really have to thank (him) for that,” Konohia said.

In a rare occurrence, all five teams are represented on the D-I first team. Because of a close vote for the top five, the first team includes six players.

Lahainaluna had six players off its state-championship football team on the basketball roster, but lost both of its games at the state basketball tournament. Pascua helped the team gel after it wasn’t able to practice with a full roster until late November because of football.

“I’m very satisfied because ever since freshman year I always worked very hard to get playing time and improve,” Pascua said. “It all culminated into this year. As I started as a freshman (on) varsity, I didn’t play that much and built my way up to starter to becoming one of the top players on the team, but I couldn’t have done it without my teammates, of course.”

Lahainaluna coach Jason Justus is the choice of his peers as MIL D-I Coach of the Year. Justus said the award goes to the entire staff, including his fiance Rachel Kane and Kalei Houpo.

“It was a really great experience because he’s a really great coach,” Pascua said. “One of the best coaches I think I’ve ever had. He stresses defense, of course, but he got us to do what he wanted us to do. He got us to play our best all the time, every time. Never took a day off, through practice, through study table, through film study to the games. He always worked hard for us and pushed us to be our best.”

Justus said he and Kane, a former Ms. Basketball Hawaii and state champion for Punahou, are set to be married in May. Both are former NCAA Division I players, Justus at Iowa State and North Dakota State, Kane at Gonzaga.

“He’s deserved everything that has come to him, all the awards that he’s up for and getting — and I believe this is just the beginning for him,” Justus said of Pascua. “His desire to succeed is, bar none, probably the best I’ve seen.”

Justus said that Pascua can play at the next level if he wants to.

“His work ethic and his drive just to be a great basketball player, let alone a great kid, is uncanny, it’s awesome,” Justus said.

Hoping Ogden will continue its promise to employees