‘It’s been a great ride’ 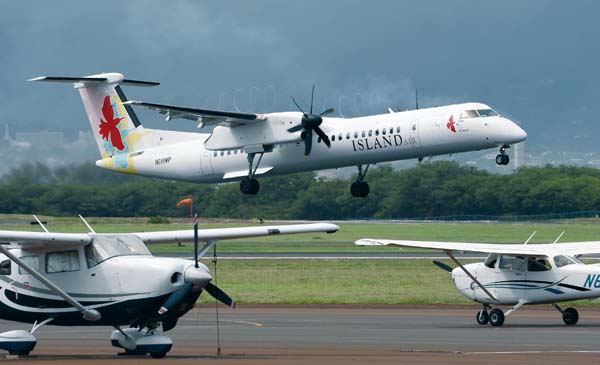 An Island Air turboprop takes off from Kahului Airport on Friday afternoon, the last day of operations for the interisland carrier. -- The Maui News / MATTHEW THAYER photo

KAHULUI — Tears welled in Kimi Tamanaha’s eyes as the head of Island Air’s operations on Maui reflected on her employees, the company and the passengers that are now history with the airline’s closure Friday.

“I just want to mahalo my team, who has been my family. It was an honor working side by side with them,” Tamanaha said while standing in Kahului Airport’s ticketing lobby Friday morning as other airport employees came by to offer support and hugs. “I want to thank everyone who flew with us, too. It’s been a great ride.”

Tamanaha and fellow employee Cindy Kahakauwila, who also shed some tears, were not wearing their usual uniforms Friday. Instead, they donned the gray Island Air T-shirts they received for Christmas last year. The T-shirts read: “Let’s Do This” on the front and “The Island Way” on the back. It was a way to show unity and say aloha Friday when the 37-year-old airline had its last flight because of financial problems and litigation.

Hawaii Island Air, Island Air’s parent company, filed for Chapter 11 bankruptcy protection Oct. 16 in an effort to continue operations following threats of legal action by the lessors of the airline’s 78-seat Bombardier Q-400 turboprops to repossess three aircraft. But Island Air was unable to locate a new investor or lender to provide funding to support airline flight operations and a successful reorganization, according to a news release from the airline. 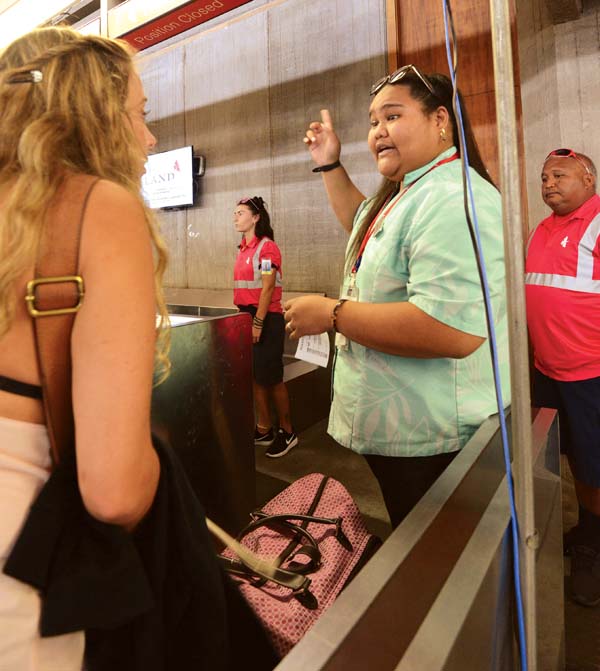 The airline had been flying 36 flights per day between Honolulu, Kahului, Lihue and Kona.

The end of Hawaii’s second-largest interisland commercial carrier means the loss of 33 jobs on Maui. Statewide, around 400 people are affected.

Tamanaha said that while there were state Department of Labor meetings scheduled on Oahu on Friday with employees, former Maui airline employees would have their meetings at a later date. She added that various airlines have approached her and her staff to apply for employment.

Uchiyama said late Friday that businesses, including other airlines, hotels, health care providers and other industries, have reached out to Island Air to provide information about potential employment opportunities, as well as to inquire about the skills and qualifications of the impacted employees. 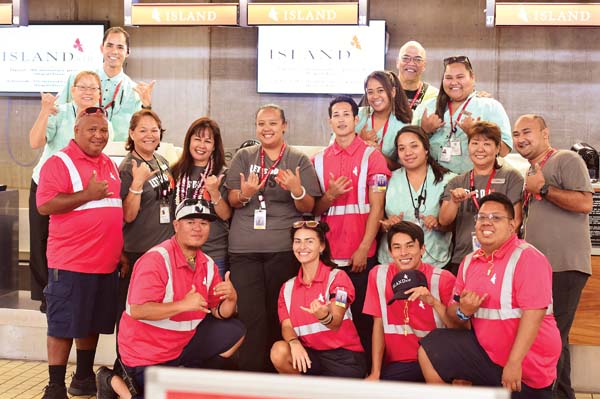 Island Air staffers pose on the airline’s last day Friday morning at Kahului Airport. When asked if they wanted to be serious for the picture, the tightknit crew said that was not their style. -- The Maui News / MATTHEW THAYER photo

The airline said it hopes to compensate its employees in full for the work performed through Friday, though the final determination will be up to the bankruptcy court trustee. The employees’ existing health insurance benefits will expire Nov. 30 at the earliest, the airline said.

“We thought with the filing of Chapter 11, we felt fine. We were protected. That was supposed to give us an opportunity to regroup and figure it out,” she said.

Looking back, Tamanaha said she should have seen “the writing on the wall” because two of Island Air’s planes were “sent away” in September. That led to a scaling back of daily Maui flights from 13 to seven. 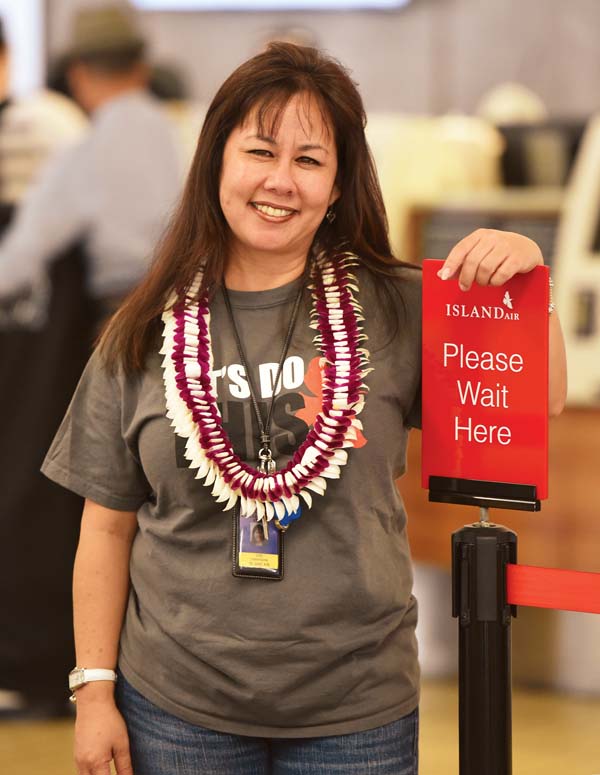 Two of Tamanaha’s remaining employees have now lived through two airline closures. One of them is Kahakauwila, who worked for Aloha Airlines in 2007, only to have it close a year later. She didn’t think it would happen again, but it did.

“First thing I did was cry,” said the customer service agent from Kahului. “Cannot do anything about it . . . move on.”

Stunned by the airline’s closure was Lahaina resident Ricardo Nacino Jr., a 30-year employee of Island Air, who began with the airline when it was known as Princeville Airways. The airline was founded under that name in 1980.

“I was kind of shocked,” the ramp agent said as he took a break in the airport ticket lobby Friday. He said that he had already put in a job application with United Airlines.

Nacino said that he initially worked out of Kapalua Airport and remembered the airline having only four Twin Otter aircraft. Over the years, the air fleet expanded, and he recalled that flights went to Molokai, Hana and Kamuela on the Big Island.

Nacino said he often gets questions about why he stayed with the company for so long, and Friday his answer remained the same.

“It was the people. I really like the people I work with.”

And the employees were liked by their passengers.

Kahului resident Hilda Kawaakoa said she was “very sad” to hear the airline was shutting down.

“I always fly with them. They are really good,” she said as she waited to check in for her flight to Oahu to take care of her father. It is a trip she makes frequently.

She wasn’t sure what she will do to travel to Oahu in the future because she said she could get one-way flights for as little as $62.

Kawaakoa said she had booked a flight back to Maui with Island Air for Sunday. She said she got in contact with Hawaiian Airlines and was able to get on a standby list.

The shutdown will affect about 6,500 passengers from today through Thursday.

Tamanaha, who has been with Island Air continuously since 2006, although she also worked for it in the ’90s, was planning to stay at the airport until that flight left.

“We will be here all day, taking care of the customers to the very end.”