Council has property tax changes in the works 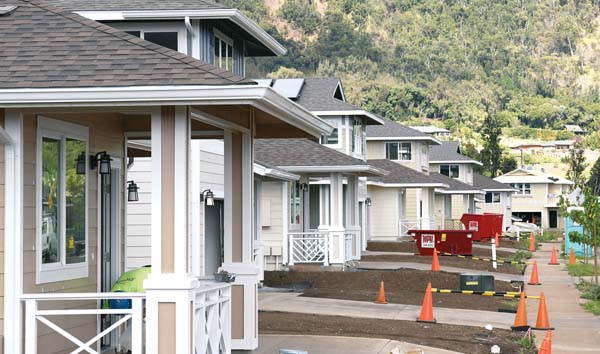 Houses under construction in the Highlands at Kehalani development in Wailuku near completion Friday morning. Changes to real property taxes are in the works as the Maui County Council considers bills that would establish tiers of real property tax rates and a new set of real property classifications. -- The Maui News / MATTHEW THAYER photo

Bills to establish tiered property tax rates and a new set of property tax classifications were passed on first reading by the Maui County Council on Friday.

The bills, aimed at tax reform, would establish tiers in several tax classifications based on value ranges.

Another bill revises the organization and description of property classifications. For example, the residential and homeowner categories would instead be placed under the proposed “owner-occupied category.”

Both measures, which still need to undergo a second and final reading, do not involve setting any tax rates. Property tax rates are set by the council during its budget review in the spring. The council also takes into account property valuations when determining rates. 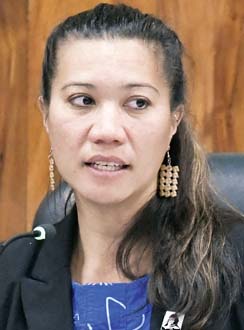 A provision in one of the bills, which would have established a new way of classifying condominium units, was removed before the vote Friday, with members agreeing that more discussion was needed. For now, condo owners will continue to annually declare how they use their units to the Department of Finance and be categorized accordingly.

The council voted 6-1 in favor of the bills, with Member Yuki Lei-Sugimura voting “no.” Chairwoman Kelly King and Member Riki Hokama were absent and excused.

Sugimura made a motion for a public hearing, which did not garner enough support. She said testifiers and constituents are wanting more information and clarity about the bills before the council acts on them.

“I think this needs to be taken out to the general public,” she said.

Sugimura has already planned for educational meetings on the bills for her district of Upcountry, but said “what we really need is consistency in the message.” She called the changes “huge.” 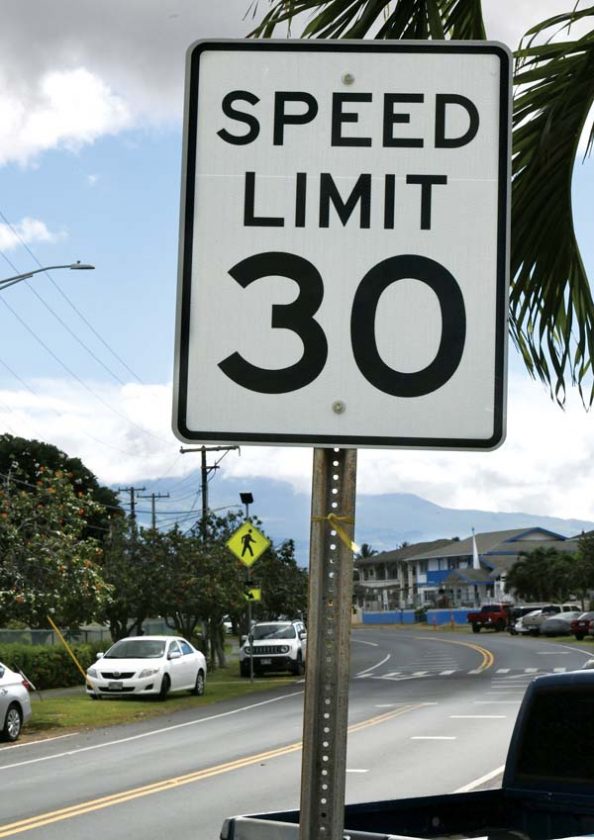 The Maui County Council approved a bill on first reading Friday that would lower the speed limit on Hina Avenue from its intersection with Wakea Avenue to its intersection with Mokapu Street from 30 to 20 mph. Council members said residents in the area asked for the change. -- The Maui News / MATTHEW THAYER photo

“I think we owe it to the community to have more transparency,” Sugimura said.

But member Alice Lee said that “a public hearing could very well be premature.”

“We are putting together a framework. . . . We got a lot more to finish the house,” Lee said. “If I were the general public, I would want to know, what is my next tax bill (going to) look (like)?”

“We’re really not at that point,” Lee said, explaining that members would not be able to provide all the answers now as rates have not been determined.

The bills are products of a temporary investigative group, made up of Council Vice-Chairwoman Keani Rawlins-Fernandez, the group chairwoman; Lee, the group vice-chairwoman; and Council Members Tasha Kama and Tamara Paltin. Between July 17 and Sept. 9, the group met seven times with Department of Finance officials on creating tax reform solutions, identifying barriers to creating tax reform and drafting legislation for the council’s consideration to facilitate tax reform, according to the Economic Development and Budget Committee report on the bills.

Last month, the committee voted to recommend that the full council approve the bills.

If a person’s property is classified currently as “homeowner,” it will likely be classified “owner-occupied” under the new proposal, and the person’s eligibility for the homeowner exemption won’t change, Rawlins-Fernandez said in a “Council’s 3 Minutes” column in The Maui News on Oct. 26.

The other bill establishes “three equivalent or ascending tiers of tax rates.”

The rates, tiers and value ranges will be set in the annual budget, according to the bill.

The City and County of Honolulu has also enacted a tiered structure for real property tax rates, initially implemented in 2014.

In his budget proposal in 2018, former Mayor Alan Arakawa proposed a tiered scheme for property taxes to increase income from second homes and investment properties, which many have said aggravates Maui County’s housing crisis. However, the proposal failed. Then-Budget Chairman Hokama said the proposal had validity but that the real property tax system wasn’t equipped to handle such a change at the time.

On Friday, testifier Dean Frampton, former chairman of the county’s Real Property Tax Review Board, applauded the work being done by council members and the administration and said he liked the changes being proposed overall.

But he urged the council to do more community outreach prior to its actions, as he didn’t want to see a “backlash” from the community that could risk what he called “good legislation.”

While a council committee has met on the bills, Frampton said that “mom and pops” and other residents may not be able to follow what is going on with bills online or on television.

He said the council’s “end product would be a lot stronger,” if community outreach was done sooner than later, especially before the budget review process, which is hectic.

Before the vote, Rawlins-Fernandez said council members were listening to the public and therefore took out the provision on how condominium units would be classified. Instead, they chose to let the old process continue.

As for the tax rates and tiers’ ranges, she said that will not be established now, but in the spring, when the council will be out in the community discussing the budget.

She also added that each tier could be given the same rates as one another, which would mean “zero impact” on property taxpayers.

The council would need to pass the current bills by Dec. 1 to allow the Department of Finance time to update its software and make other changes so that the new system of property tax changes could be implemented for next fiscal year.

Rawlins-Fernandez said while some may think the council is moving quickly, she said tiered rates have been discussed in the past.

“We are finishing what was started in years past,” she said.

Rawlins-Fernandez said there have been opportunities for the public to follow the bills. She also noted that the temporary investigative group issued its report in September, followed by two Governance, Ethics and Transparency Committee meetings in October. And, she also penned the Oct. 26 column in The Maui News.

Rawlins-Fernandez, Sugimura and other council members said that prior to Friday’s meeting, they were already preparing to conduct outreach in the community on the tax bills. An idea was floated Friday about creating a video to explain to residents what the bills are about.

Rawlins-Fernandez said a second temporary investigative group would tackle more issues and address the concerns that have come up.

In her Maui News column, she said these may include incentivizing affordable, long-term rentals and continue exploring new tax policies.