Molokai Health Center not under direction of full-time physician

State Department of Health investigators found multiple violations — including the lack of a full-time physician — at Molokai’s only federally qualified health center, whose issues with staffing and management have led to calls for executives to resign.

Officials at the Molokai Community Health Center “refused to cooperate” at times and denied the department access to the facility and its documents, according to a report by investigators.

The health center has come under fire in recent months after a series of departures left the medical clinic without a full-time physician and placed the burden of the clinic’s operations on the remaining nurse practitioner. When the nurse practitioner was forced to call in sick in late August, the clinic had to shut down for four days.

Community members have expressed outrage with the health center over its handling of physician shortages, its treatment of medical professionals and staff, and its timely response to patient appointments and requests for prescriptions. They’ve called for the resignation of the board President Greg Kahn and Chief Executive Officer Helen Kekalia Wescoatt, who said in October that she didn’t believe a resignation “would solve the issues at hand.”

After receiving a complaint in the fall, the Health Department launched an inspection, spokeswoman Janice Okubo said Thursday. 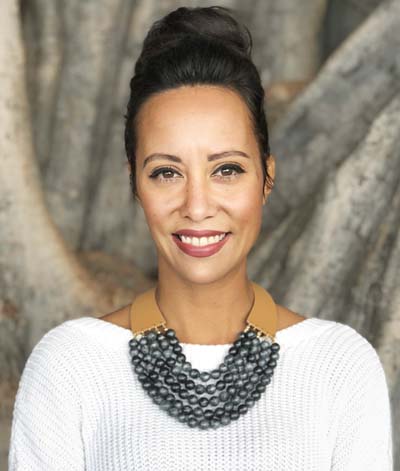 Investigators with the Office of Health Care Assurance looked into the facility on Sept. 24, Oct. 16, 17, 21 and 29. They were denied entry twice on Oct. 17 and 21 before center officials finally allowed them to enter on Oct. 29, “but did not allow immediate access to all the remaining documents and/or information,” according to the report.

• Organizational structure. The facility failed to fulfill the basic federal requirement of being under the medical direction of a physician.

• Staffing and staff responsibilities. The facility failed the requirements to have a physician on their medical clinic staff who would provide direction, such as medical supervision, as well as sufficient services to patients.

• Provision of services. The facility failed to be under the medical direction of a physician who would develop, execute and periodically review written policies and services for patients.

Furthermore, they failed to allow immediate access to information to determine whether they were meeting requirements set by the Centers for Medicare and Medicaid Services.

On the morning of Sept. 24, investigators noted that the facility was not under the medical direction of a physician, and that there was no full-time physician on staff.

Clinic staff and officials believed state law allowed them to function without one. A nurse practitioner on duty that day said that all treatment, such as diagnoses, tests, therapy and prescribing medications, was being done without the direction or medical supervision of a physician. The chief operating officer — who is not named in the report but is listed as Shanna Willing on the center’s website — pointed to state statutes that allow advanced practice registered nurses to sign, certify or endorse all health-related documents for their patients.

“On the other hand, COO acknowledged that the facility did not follow the basic requirement to be under the medical direction of a physician, set by CMS,” the report stated.

Written policies and provided services also were not being reviewed by a physician, since there was none in that position, the COO said.

According to personnel records, the last time the facility had a physician as a medical director was in August 2017.

During the four-day closure in August last year, the medical clinic did have a call-in physician on staff, but he/she was not available to cover and provide the services, the COO said.

On Oct. 17, state officials returned to continue their investigation but were told that the center “would no longer allow the investigation to proceed” and that the center’s attorney would be contacting the director of health and would not release or allow further access to any policies or documents.

Investigators were given the same message when they arrived on the morning of Oct. 21.

They were finally allowed to enter on Oct. 29 and met with the COO and CEO — who said the documents would be reviewed by the center’s attorney before being released — as well as the human resources manager, who reported being told by the CEO not to release any documents until further notice.

The center is now working on a “plan of correction” to fix the violations and reportedly hired a physician for the chief medical officer position in December.

“MCHC has implemented all of the corrective actions required by the Health Resources and Services Administration and is in the process of completing the remaining plan of correction item,” Wescoatt said Thursday via email.

She did not respond directly to questions about the physician or about denying access to state investigators, but said that the health center “takes its role as a community safety net health care provider seriously and will continue its efforts to meet the health care needs of Molokai residents.

“The well-documented shortage of physicians, particularly in rural areas, poses a difficult challenge, but MCHC has been able to recruit a physician who has joined our staff of caregivers,” Wescoatt said.

“The fact that the MCHC board and CEO were so blindly unaware that they were not in compliance speaks volumes about their understanding of their role and responsibility to the Community Health Center,” Lynn DeCoite said in a statement Thursday. “Sadly, the MCHC board and CEO have lost the community’s trust and have not made any genuine efforts to attempt to start to earn it back. This is why I and many of the community members have asked for their resignation. The community has a voice and it has been heard, MCHC needs to listen.”

DeCoite added that she was waiting for updates from the state attorney general’s office and the Health Resources and Services Administration, the federal agency that oversees the health center.

“I am also still exploring if there are any legislative solutions or safeguards to put in place for the future,” DeCoite said. “I want to make sure that the health center is fully operational and for our community members to feel comfortable when they walk through the door and confident in the care they are receiving.”