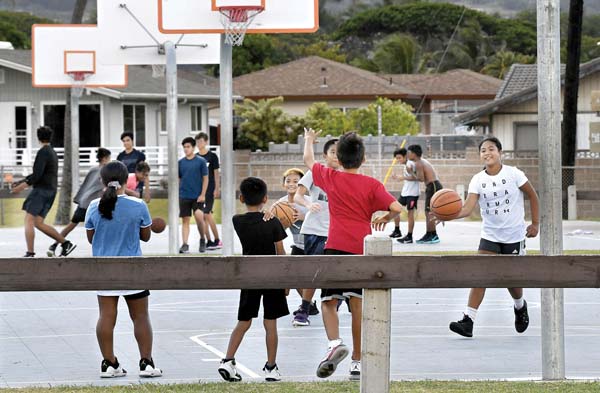 Justin Ngan of the University of Hawaii chips during the first round of the Kaanapali Classic Collegiate Invitational on Nov. 1 at the Royal Kaanapali Course. The Big West Conference announced Wednesday it was postponing the fall season due to the coronavirus pandemic. In addition to fall sports, sports with fall seasons such as golf and tennis were also affected. Kaanapali Golf Courses photo

Tua Tagovailoa, shown at the NFL draft combine in February, is coming off a career-threatening hip injury that ended his Alabama career in mid-November. AP file photo

The Kamehameha Avenue-Maui Lani Parkway roundabout opened Wednesday. Traffic continuously flows through the intersection in a counter-clockwise direction. The roundabout replaces a four-way stop, often congested during school opening and ending and end of work times. County of Maui graphic