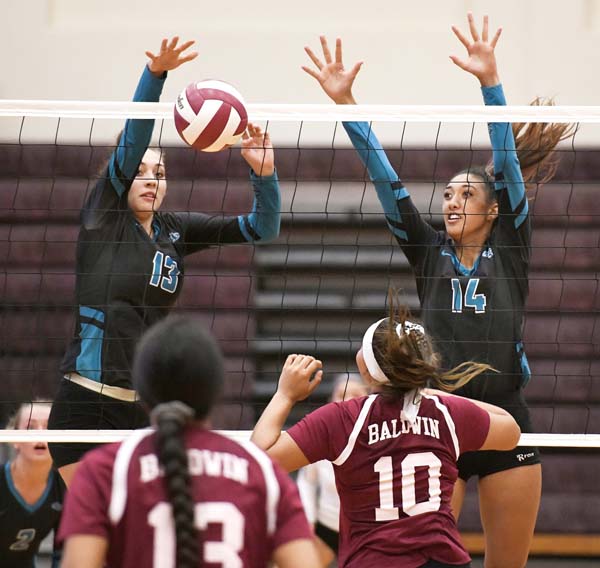 The Baldwin High School girls volleyball team was swept by defending Maui Interscholastic League champion King Kekaulike on Tuesday night in Jon Garcia Gym, but the Bears have the attention of the unbeaten Na Alii.

“They’re doing very well,” King Kekaulike coach Al Paschoal said of the Bears after the 25-17, 25-20, 25-18 match that was a battle throughout. “They played Lahainaluna well, they took a set off Kamehameha (Maui) — we came in knowing that they were going to play some good ball.”

The result lifted King Kekaulike (5-0) into a first-place tie with idle Kamehameha Maui, while Baldwin (3-4) is firmly planted in third place, an important spot for the MIL tournament seeding to avoid the play-in game that sends the winner to face the regular-season champion.

The Bears — who already have more regular-season wins than they had all of last season — were led by senior outside hitter Sienna DeCambra, who had 13 kills and 21 digs. Daesha Soares had 15 assists, three kills and two aces, Avei Silifaiva had five kills and five digs, and Elizabeth Richardson added eight digs.

The Bears were hampered by 12 service errors. 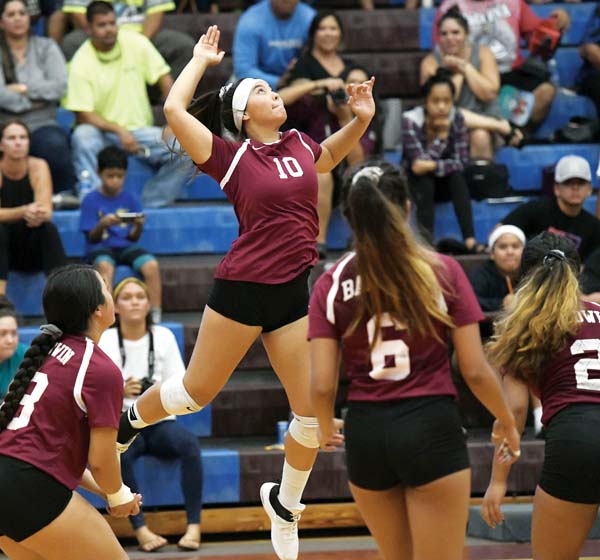 Tuaoa goes up for a second-set kill. The Maui News / MATTHEW THAYER photo

“I think we’re getting better,” Baldwin coach Helaman Aiwohi said. “Tonight we had a lot of little mistakes that we could have fixed that could have helped us keep momentum on our side, but all in all, progression is all you can ask for. Little steps.”

Baldwin went on a 6-0 run in the second set to take a 17-14 lead — the final point of the run was a resounding kill by DeCambra.

“Sienna is our horse, when we need a point we run her, but we try to get everybody involved,” Aiwohi said. “When we need a sideout, everybody knows where the ball is going to go. The other girls supported well, but just our passing was a little off.”

Aiwohi knows how important the third seed in the MIL tournament would be. He knows King Kekaulike will be formidable. 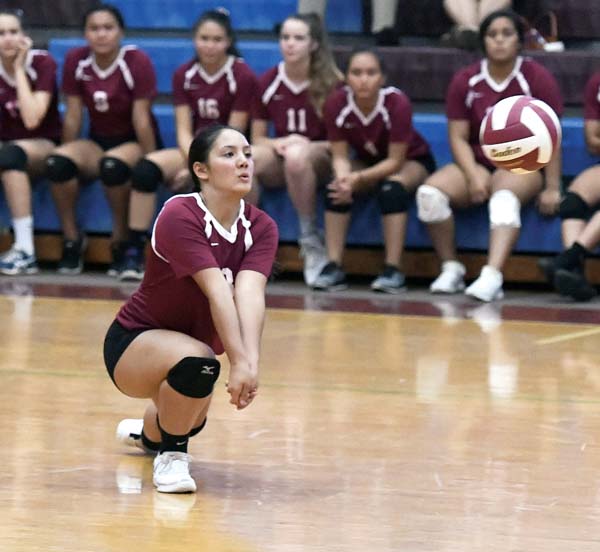 Paschoal knows the stretch run into the MIL tournament will be tough, especially with an improved Baldwin team threatening to make noise near the top of the standings.

“They play scrappy ball and when you have Sienna on your side it’s tough,” Paschoal said. “She does everything, but the supporting cast is playing strong too. The MIL tournament is going to be a barnburner — if you don’t show up you might be going home early.” 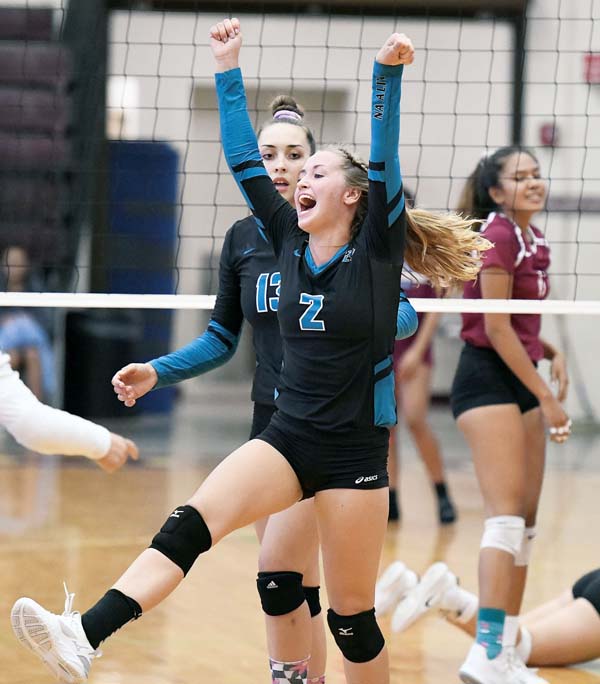 Tuaoa goes up for a second-set kill. The Maui News / MATTHEW THAYER photo