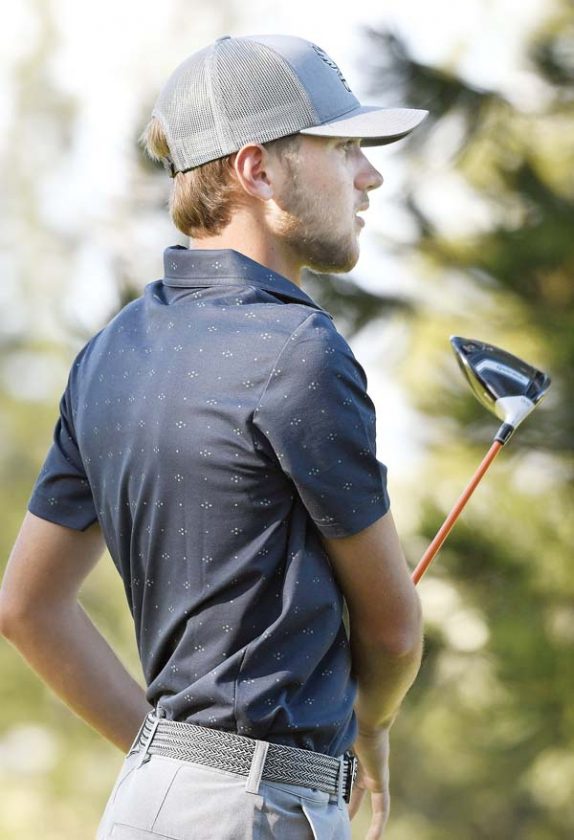 Maui Preparatory Academy’s Griffin Gibson tees off on No. 5 Wednesday. He shot a team-best 44. The Maui News / MATTHEW THAYER photos

PUKALANI — The Maui Preparatory Academy boys golf team finished second in the Maui Interscholastic League last season. That is a fact that was on Na Pueo’s collective minds Wednesday at Pukalani Country Club.

“It was brutal today, I had to get creative with some shots, pull some things out of the bag that I usually don’t practice,” MPA senior Griffin Gibson said after shooting 8-over-par 44, the best score of the day. “It was pretty continuous wind, pretty gusty the entire time. Gusts, probably at least 30 (mph).”

Griffin said the successful start was essential for a team that has MIL title on its mind.

“For sure, we’re confident this year,” Gibson said. “It’s our year.” 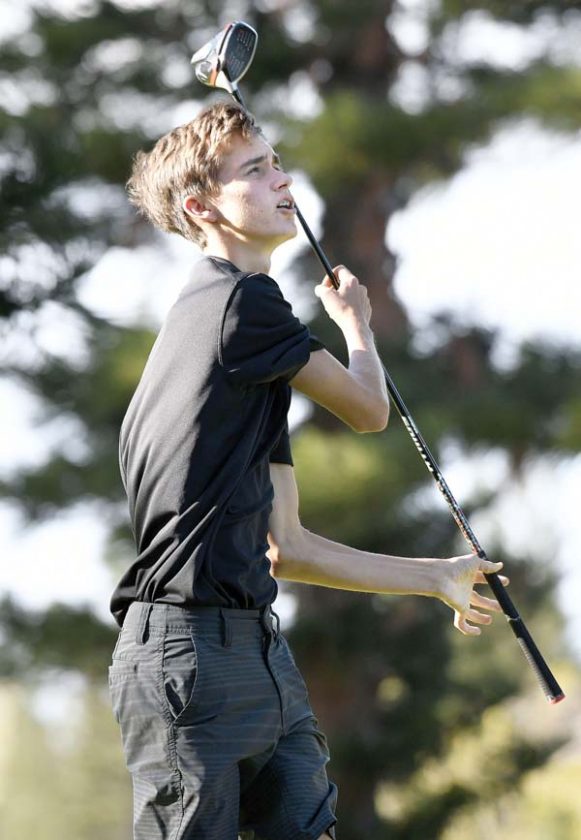 King Kekaulike's Patxi Laborde follows the flight of his drive on No. 5 Wednesday.

Gibson was supported by Caleb Chumbley’s 45, Dillon Jonke’s 49, and Dylan Falk’s 51. The fifth starter was Hunter Higgins, who shot 56.

MPA had a pair of nonscorers: Jimmy Falk showed he can challenge for a starting spot with a 49 and Matthew Cahill did not record a card.

King Kekaulike had only three players available on Wednesday, so Na Alii had to record a 72 to go along with Kapono Mossman’s 48, Patxi Laborde’s 50, and Alohi Dela Cruz’s 64. 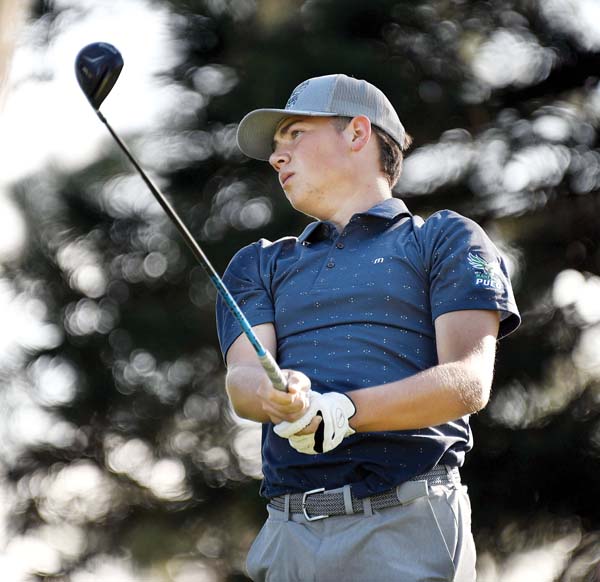 Maui Prep's Caleb Chumbley tees off on No. 5 Wednesday.

“They took it a lot farther than any of us were expecting, so we love them for that and everyone is hoping for us to do well, too,” Gibson said.

The rest of the MPA starting lineup includes just one other senior in Higgins.

MPA coach Chris Armanini said the conditions on Wednesday will help his team be ready for whatever challenges may await.

“Definitely a tough test out there today with the wind, and it was a little colder for these Hawaii boys,” Armanini said. “Yeah, it’s nice. Good way to start the season.” 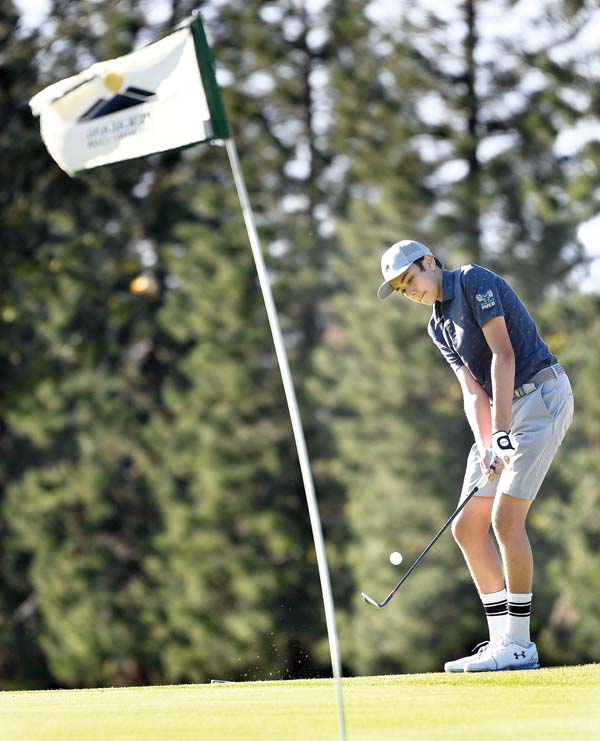 Armanini said the Spartans are still the team to beat, but his team “has potential this year. We can be top one, two up there. It just kind of comes down to who shows up when we play those top teams out there.

“Conditions are always going to come into play and how tough the courses are going to be playing, but, yeah, we’ve got a lot of returning kids from years past and a lot of experience behind it, so we’re looking forward to a great year this year.”

Na Alii expects to have a full team soon — Trevor Onaga was on Oahu on Wednesday while being honored at a college scholarship ceremony — but first-year coach Emma Raymond was impressed with MPA.

“They definitely can play out there — I’ve seen them hit some great shots,” Raymond said.