Panel: Member who abstains from vote should not be part of discussions 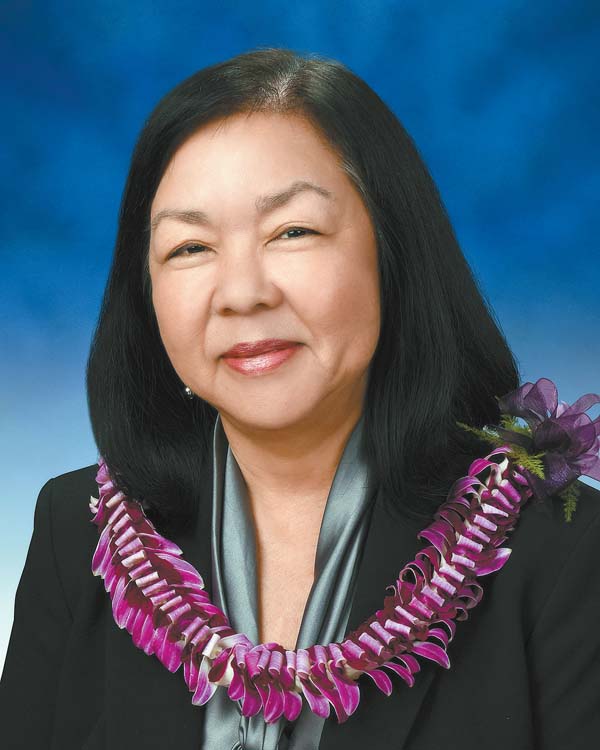 WAILUKU — The Maui County Board of Ethics has advised Maui County Council Chairwoman Kelly King to avoid discussing matters in council from which she has abstained from voting because of potential conflicts of interest and ethics issues.

The opinion, approved by the board in a vote Wednesday afternoon, centered on an ethics complaint against King, who as vice president and co-founder of Pacific Biodiesel, spoke in detail about her biofuel production business and the impact of a proposed 12 cent a gallon tax on biodiesel during council discussions in April. She abstained from voting on the tax proposal.

Her colleagues on the council chose not to tax 100 percent biodiesel but did add a 6 cent per gallon tax on biodiesel blends.

Ethics Board Chairman Matthew Macario said that a written advisory opinion to be issued to King is not a sanction or penalty. The goal of the board is to provide guidance to the council and those involved.

The complaint was brought by Kihei resident Madge Schaefer,who took issue with King over conflicts arising from the council member engaging in council discussions on the proposed biofuel fuel tax. In documents Schaefer presented to the board, she said that King did address potential lost income, lost customers and employees in the discussions.

“She lobbied for Pacific Biodiesel,” Schaefer wrote in a letter to the board.

Schaefer also referenced similar conflicts that occurred in 2017 over proposed biofuel taxes. King participated in discussions but then-budget committee Chairman Riki Hokama said she could not vote or make motions on the measure. She abstained.

At Wednesday’s meeting, King cited the 2017 exchange with Hokama. She said she also asked for clarification from county attorneys at the time but Hokama denied her request and called a recess.

In her defense, King said during budget discussions in April that she was responding to questions from members. “I was willing to answer questions. I have personal knowledge of what was going to happen,” King said.

The council chairwoman said current budget Chairwoman Keani Rawlins-Fernandez and corporation counsel did not say she was creating a potential conflict of interest with her comments.

But Ethics Board members Wednesday said they felt there was “advocacy” going on when King made her comments. Macario pointed to statements King made about people losing their jobs and a loss of income.

Those comments “step beyond a pure discussion and went into advocacy,” he said.

Member Donna Clayton concurred, saying King was responding to questions very specific to her personal business. “How can it not be personal?” she asked.

“I would discourage comments that she made; I think it’s against the rules,” Clayton said, adding that she wanted to be sure the board was clear in its direction and able to craft an opinion that would help all council members.

Member David Weiss said that if a member abstains from voting on a matter because of an ethical issue, then “maybe abstain from the discussion.” He said that perhaps someone else from Pacific Biodiesel could have answered technical questions.

The Ethics Board said King’s “advocacy” runs afoul of Maui County Charter Section 10-4 1 c, which says that no officer or employee of the county shall “engage in any business transaction or activity or have a financial interest, direct or indirect, which is incompatible with the proper discharge of the officer’s or employee’s official duties.”

After the meeting, King took issue with the Ethics Board ruling. She said she found it “a little bit hypocritical” for the board to say that it was not questioning the benefits of biodiesel and renewable energy when in fact that was what she was advocating for at the council meeting. It just happened to be her company that produces biofuel.

She raised the argument she made in 2017, saying her situation was “really no different” from then council Chairman Mike White, who was also general manager of Ka’anapali Beach Hotel, voting on property taxes, which included rates for hotels and resorts.

At that 2017 meeting, White said he wasn’t an owner or board member of Maui Visitors Bureau or the hotel company. Addressing the difference between his situation and King’s, he said “my compensation at the hotel does not change at all based on any change in our occupancy or revenues.”

King also said she felt that the council was not “served well” by corporation counsel, which has not addressed this issue previously. She said the Ethics Board also should send a copy of its advisory letter to corporation counsel and Mayor Michael Victorino’s administration.

After the meeting, Schaefer said that “it is a reasonable expectation that elected officials are ethical in their behavior. It wasn’t the case when it came to this vote on biofuel.”

She referenced a comment made by a board member who said the panel represents and is the voice of the public.

“And the people recognize behavior that is inappropriate,” Schaefer said.

American women seek more than $66M in damages from US Soccer