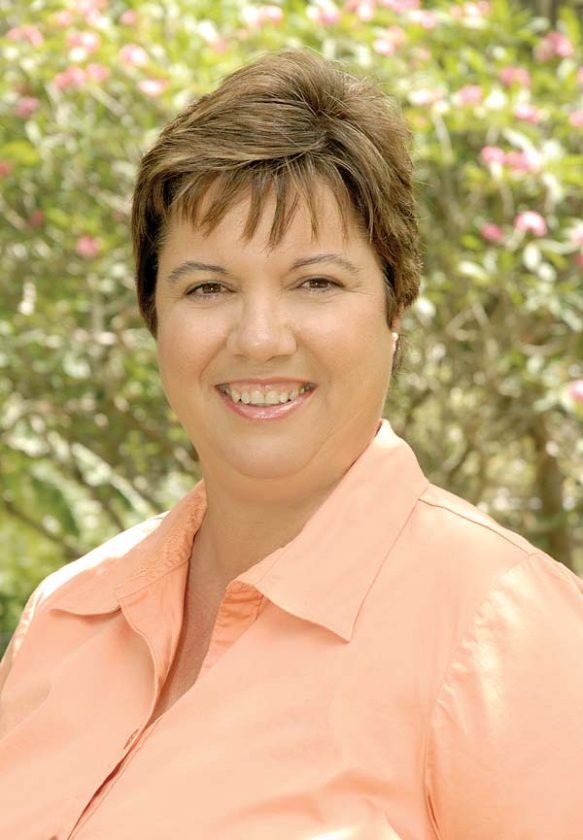 WAILUKU — Looking around a kitchen table filled with papers, bills and old photos, former county Prosecutor John D. Kim said there is one thing he will miss most about his wife, Catherine “Cathy” Nobriga Kim.

“Just everything,” he said Wednesday afternoon. “She did everything.”

Hailed as a humble and hard-working leader within her home, business and community, Maui native Nobriga Kim, president and general manager of Maui Soda & Ice Works Ltd. and its Roselani Ice Cream brand, died Monday. She was 63.

The family said she died suddenly due to health reasons.

Founded in 1884, Maui Soda & Ice Works has been run by generations of Nobriga family members. The Nobrigas acquired the company in 1946 and have since won various recognitions, including a 2014 state award in a family-owned business category.

Maui Soda reported more than $24 million in sales in 2016. It is one of 24 independent Coca-Cola distributors in the country and supplies Coca-Cola products and other beverages to Maui and Lanai. Roselani Ice Cream has been manufactured since 1932.

Nobriga Kim started her career at Maui Soda & Ice Works in 1979; as a teenager she made popsicles and other novelties.

She met her husband-to-be on Oahu while she was working at the University of Hawaii at Manoa. The attraction was “not mutual,” Kim said, laughing.

“The next weekend, I cut my hair.”

After Kim obtained his law degree on the Mainland, they moved to Maui, where Nobriga Kim returned to the family business. Her roles included serving as inventory cost controller, ice cream sales manager and vice president of production, among others.

In 2015, Nobriga Kim succeeded her brother, Michael A. Nobriga, as head of the family company. The accomplishment was a highlight of her life, Kim said.

“She had always wanted that,” he said.

Nobriga Kim’s brother, James Nobriga, Maui Soda & Ice Works vice president of facilities and distribution, said some of his sister’s strengths in business and in life came from growing up with four boys.

“She was tough,” James Nobriga said. “She was the rock of the family.”

“I will miss her leadership she provided here and for the family,” he added.

Outside of the family business, Nobriga Kim had countless volunteer positions on community boards and organizations. She worked with the St. Anthony Junior and Senior High School board, Maui Chamber of Commerce, Maui Memorial Medical Center Foundation, Hale Makua Health Services, A Keiki’s Dream and the county Committee on the Status of Women, among others.

Her alma mater, St. Anthony, held a special place in her heart. She was a key player in the decision to unite the grade school and high school, according to Timothy Cullen, head of school and principal.

“There’s no simple way to capture all that she was,” Cullen said Wednesday. “I know she loved her school, her faith, her family.

“We know it’s not just a loss to their family, but to our school ohana and the whole Maui community and beyond.”

Cullen added that the school is thankful to have her daughter Kaitlin on staff as a teacher and that she exhibits the same qualities as her mom.

“The thing I’m going to miss most is just everything about her,” Kaitlin said Wednesday. “Letting her go was hard. Telling her it was OK to go because I have strong women who have been with her and who know her.”

The daughter of Buddy and Barbara Nobriga, Nobriga Kim was born Oct. 1, 1956, in Wailuku and grew up in Kahului, Paukukalo and Kahakuloa. She graduated from St. Anthony Schools in 1974 and received her bachelor’s of business administration from UH Manoa in 1979.

She is survived by her husband; three children, Mike, Ethan and Kaitlin; grandson, Dominic; four brothers; and numerous nieces, nephews and godchildren.