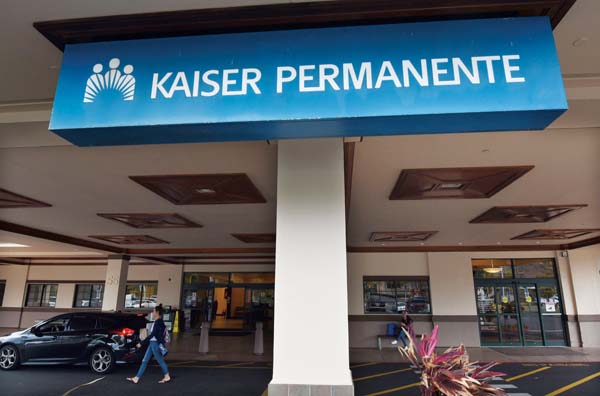 Medicaid patients enrolled with Kaiser on Maui would have to switch to either Hawaii Medical Service Association or UnitedHealthCare, winners of a recent bidding process. The current five insurers were pared to two in the process, which currently is being protested. This photo of Kaiser’s clinic in Wailuku was taken Thursday. — The Maui News / MATTHEW THAYER photo

More than 18,000 Medicaid patients in Maui County may have to switch health plans with the state proposing to narrow Neighbor Island health plan choices from five to two.

But the members of ‘Ohana Health Plan and AlohaCare would not; the two insurers submitted proposals and were only awarded contracts to provide services to Oahu, according to a news release from the state. 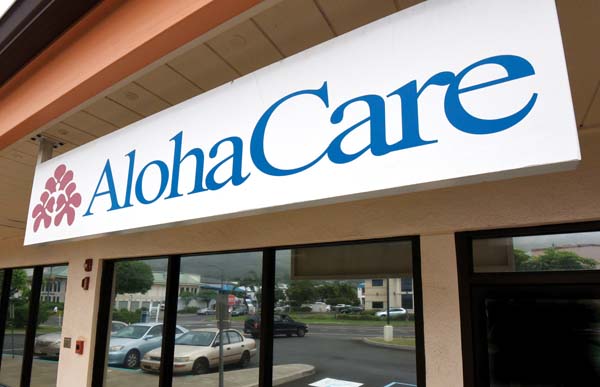 AlohaCare, whose Wailuku office is shown Thursday, is protesting a bidding process for Medicaid insurers. The insurer’s more than 8,000 Medicaid patients on Maui would have to switch health companies if the bid process is upheld. — The Maui News / MATTHEW THAYER photo

AlohaCare hopes to change the outcome of the bids and submitted a notice of protest on Jan. 29. Arcena said the health care insurer anticipates the appeal process will take about 30 days.

The protest has led the state’s Med-QUEST Division by law to suspend contract award implementation activities, the agency said on its website. The contracts were intended to take effect July 1.

The Med-QUEST Division, which provides eligible low-income adults and children access to health and medical coverage through managed care plans, said that member plans will not be affected. Members currently do not need to take action because existing coverage will continue. There is no specific timeline to implement the new proposals, which are aimed at reducing patient confusion and improving care for patients.

‘Ohana Health Plan officials could not be reached for comment, but Arcena said that a total of 50,000 AlohaCare, Kaiser and ‘Ohana Neighbor Island members would be displaced from their health plans.

In addition to the protest, a bill at the state Legislature, House Bill 668 HD1, prohibits the state Department of Human Services from reducing the number of QUEST integration managed health care plans to which Neighbor Island residents have access. The bill also preserves Medicaid members’ right to choose among plans that received contracts from the recent bid process.

Arcena said their clients have worries and concerns about continued quality, access and continuity of care. They question why they could not continue with AlohaCare and why they only have two plans from which to choose.

“Neighbor Island residents know that they are already faced with unique challenges, such as transportation or shortage of physicians,” said Arcena. “Our members are worried that the number of providers will be cut and/or existing providers will be overwhelmed, and they will not get to see the doctors or therapists they need.”

AlohaCare’s Molokai members have shared stories about how AlohaCare staff helped them through a transplant, cancer treatment, or even in one case, coordinating home-delivered meals, Arcena said.

Kaiser will not be able to maintain its Medicaid patients on Maui without an AlohaCare contract award, Arcena said.

In a news release, the state Department of Human Services said that it has spent the last three years speaking to stakeholders and heard repeatedly that having a lot of health plans was confusing to beneficiaries and burdensome to doctors and other providers.

“We don’t think having two health plans on Neighbor Islands cuts down on resources. We think it gives beneficiaries, health care providers, and community organizations more leverage and opportunity to come together and better use the same amount of resources or bring even more resources to the community.”

The department said that Med-QUEST has prepared for any transition to new health plans to ensure it is as “timely and seamless a process as possible with no gaps in health service.”

The department said that the criteria for selecting the health insurers covered a range of topics, including the health plan’s qualifications, expertise and innovations that it would bring to efficiently and effectively serve Hawaii’s Medicaid members.