With history of DUI, defendant’s license is revoked for life 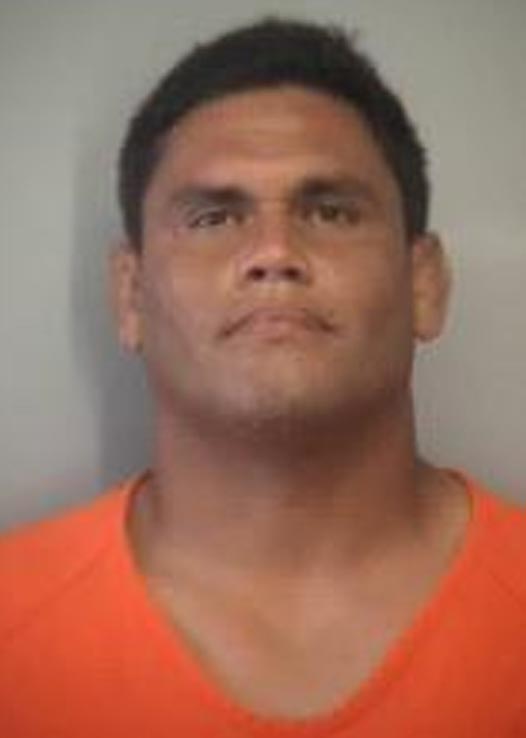 WAILUKU — A lifetime driver’s license revocation was ordered for a man who was sentenced Wednesday to a five-year prison term after acknowledging he was driving recklessly and under the influence of alcohol to cause a crash that killed a Kahului man and injured his daughter.

Randall Hayes, 37, of Lahaina had a history of DUI convictions in both California and Hawaii before the fatal collision shortly before 3 p.m.

“These were a series of choices and intentional conduct that he made over many years,” Segal said. “It was not a one-time mistake. It was no accident.”

The day of the crash, Hayes had been drinking at a bar on Lower Main Street in Wailuku “until he was drunk” and turned down an offer for an Uber ride before getting into his 2006 Toyota Tacoma pickup truck and, minutes later, colliding with another vehicle on Lower Main Street, Segal said.

He said Hayes fled the scene of that crash and was Lahaina-bound on Honoapiilani Highway when his truck went off the road and hit a mauka guardrail before drifting into the oncoming lane and colliding into a 2011 Scion XB multipurpose vehicle.

Remalyn Rivera was driving the Scion after picking up her father, Manuel Rivera, from his job as a landscaper at Westin Ka’anapali Ocean Resort, Segal said.

He said Hayes “collided violently into their vehicle with such force that it launched the defendant’s vehicle over the makai side guardrail, sending him plummeting” about 60 feet down the side of a cliff.

Rivera, who was born in the Philippines and immigrated to Hawaii, was remembered as a “loving friend, husband, father and sibling,” Segal said.

“He was a hard worker,” Segal said. “At times, he would work two jobs to help support his disabled son in the Philippines.”

In a portion of a letter that Segal read in court, Remalyn Rivera said that Hayes’ sentencing was “long awaited today for me and my family.”

She wouldn’t be able to hold back tears while remembering how the crash affected the lives of her and her family, her letter said.

“I would prefer not to see the defendant,” she wrote. “Seeing him would affect my well-being.”

While she wasn’t in court for the sentencing, dozens of Hayes’ family members and friends were. To accommodate them, 2nd Circuit Judge Rhonda Loo had the hearing moved to the largest courtroom in the courthouse.

In the 968 days since the fatal crash, Hayes has been clean and sober, said his attorney, William Sloper.

He said Hayes had reached out to the Rivera family more than once to offer an apology and to see what he could do to help the family.

“He is overwhelmed by his actions,” Sloper said. “He is remorseful. He wants to do everything he can to not only change his behavior for the rest of his life but to show what he can do to help the Rivera family.”

Sloper said the five-year prison term, which was recommended as part of the plea agreement, was fair.

“There’s the good, there’s the bad, there’s the ugly,” Sloper said. “Nine hundred and sixty-eight days from the last ugly event, there has been a remarkable change in his life.”

Hayes said he wanted to apologize in person to Rivera’s family. “But I know they’re not ready for that, they may not ever be ready,” he said.

While recognizing the changes Hayes had made in his life, Segal said “it is far too little and far too late.”

“It should not have taken the completely preventable death of Mr. Rivera for this defendant to decide that he finally needed to be responsible, that he needed to take care of his family and not endanger them or put them in the predicament they are in now watching him go to prison,” Segal said. “The defendant finally realized he needed to be more like someone like Mr. Rivera.

“But Mr. Rivera is no longer here today because he died due to the defendant’s actions and conduct.”

Segal outlined Hayes’ criminal history includes his arrest for driving under the influence of drugs in California in 2005 before he “chose to abscond from his DUI probation by moving to Hawaii.”

Hayes was arrested for DUI in Hawaii in 2007 after he consumed 12 beers, fell asleep in his car, woke up and was driving without headlights until police pulled him over, Segal said. He said Hayes’ blood-alcohol level was measured at 0.194 percent, more than twice the legal limit of 0.08 percent.

After being sentenced to community service and substance abuse treatment, he fled from the court, and a bench warrant was issued for his arrest, Segal said.

He said Hayes was again arrested for DUI in California in 2008.

“It took this defendant another three years until 2012 to finally turn himself in and complete court-ordered treatment from his conviction in 2007,” Segal said.

He said Hayes was again arrested for DUI in Hawaii in 2015 and, after completing his sentence in that case, “he chose to continue to use alcohol and drugs up until the day of the crime in 2017.”

Segal said the court could help protect the public by imposing a lifetime revocation of Hayes’ driver’s license.

Judge Loo said she was concerned about Hayes’ prior contacts with the law involving alcohol and drug consumption and ordered the lifetime revocation.

“Remalyn Rivera had to suffer possibly the worst day that any daughter could suffer in her entire life,” Loo said in sentencing Hayes.

“And this process, as long as it’s been for you, it’s just as long for them,” Loo said. “Remalyn and her mother and her siblings have also had to live with this for 968 days.”

Referring to more than 40 “glowing” letters from Hayes’ family and friends, Loo said that “in the 968 days that have since occurred, you have done your best to change your life.”

“Unfortunately, it took tragedy to turn this into a positive experience,” she said. “It sounds like you’ve gotten to be a better father, a better husband, a better member of your jiu jitsu clan, a better mentor. The list goes on and on. Everyone seems to have been touched by your generosity, your thoughtfulness, your positive energy.

“You need to remember you are here living to experience your children, your wife, your friends, your neighbors. Mr. Rivera’s family can never experience him again. Mr. Rivera’s presence will never be with his family again.

“You will come home one day. Mr. Rivera will never come home, and you need to remember that for the rest of your life.”

He already had made a $10,000 payment toward that amount, Sloper said.

Segal, who is heading the new Vehicular Homicide and Road Safety Unit in the prosecutor’s office, was assigned to prosecute the case after court hearings that challenged blood-alcohol readings and other evidence.

“The state reached this plea agreement after evidentiary rulings were issued in this matter last year, evaluation of the remaining admissible evidence for trial, and discussion with the victim’s family about a result that gives them some sense of closure,” Segal said. “Notwithstanding the court’s rulings, which we respect, the state is satisfied that it was able to secure a guilty plea to a felony crime, a prison sentence with restitution, along with a lifetime revocation of the defendant’s drivers license.