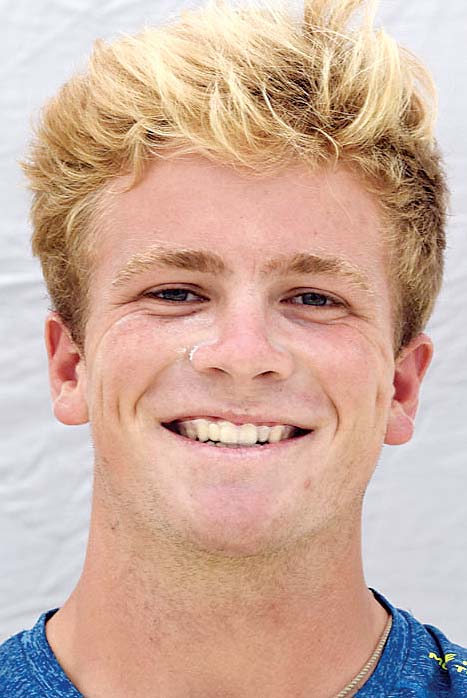 Hobbes Wilstead and Jessalyn Lopez kept to their usual routines, and that helped them get to the finals of the HMSA Tennis State Championships.

The Kihei Charter School juniors both won their quarterfinal and semifinal matches at Mauna Lani Sports & Fitness Club on the Big Island on Friday, giving them the opportunity to become the first singles champions from the Maui Interscholastic League in over two decades.

“I think they’re both just really prepared,” Kihei Charter coach Ian Cohen said via phone. “I just tell them not to look too far ahead. … They’re really pumped and it was definitely, for both players, they really had to earn it today.”

The fourth-seeded Wilstead won his quarterfinal match 6-1, 6-2 over Andrew Chiang of Mid-Pacific. At last year’s state championship, the quarterfinal round is where his journey ended.

“I think it all just sort of clicked this year,” Wilstead said. “I think all the parts of my game came together and I think I just improved as a player.” 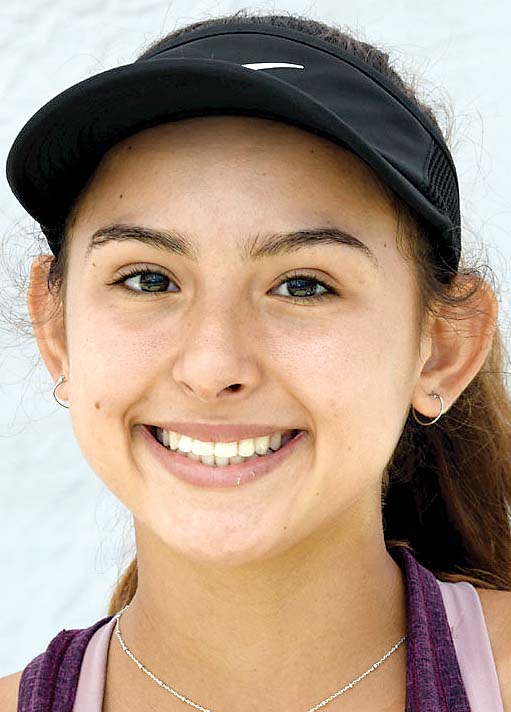 However, the semifinals proved to be a bit more challenging.

The two-time MIL champion started off strong in the first set to win 6-4 over No. 5 Rylan Woo of Pearl City, but dropped the second 0-6 as a calf cramp intensified in his right leg.

“We always battle when we play our matches, (Woo) is a tough player,” Wilstead said. “Playing a couple points (in the second set), I just could not play so, because it was a third-set tiebreaker, I figured my best chance was to throw the second set and win the tiebreaker.”

Wilstead will now play top-seeded Ryo Minakata of Hawaii Prep for the championship today. Wilstead is the first MIL player to make a state boys singles final since St. Anthony’s Kento Tanaka-Tamaki in 2011, according to Hawaii Prep World, and will be aiming to become the first MIL state singles champion since Lahainaluna’s Malino Oda won the second of his back-to-back titles in 1998.

“He played his best tennis in that match tiebreak and pretty much led from start to finish,” Cohen said of Wilstead. “He just knows he has to hydrate, get some electrolytes in his system, eat a good dinner. … Getting enough sleep. He has this, like, this whole routine and everything. Same thing for Jessalyn, she has her routine that she does during tournaments.”

Sticking to a strict regimen of eating well and getting enough rest gave No. 2 seed Lopez the energy she needed to capture two separate wins on tiebreakers.

Lopez played Seabury Hall’s Nikki Fernando for the fourth time this season, and just like their previous meetings, it was close, with Lopez pulling out the 4-6, 6-3, (5) win.

It came down to the third set for Lopez, who was losing 5-2 playing to 10 in the deciding tiebreak, Cohen said. But the three-time MIL champion rallied to overcome the fifth-seeded Fernando.

“It was pretty even the whole game, it was very close,” Lopez said

“I was very tired going into the semifinal round, especially because it was so hot,” she said. “It was really hard today so I was just focusing on one play at a time.”

Lopez is the first MIL girls singles player to advance to the finals since Lahainaluna’s Jackie Owens made back-to-back finals in 2008 and ’09. The last MIL girl to win a state singles crown was Kari Luna of Baldwin in 1994.

“I’m definitely nervous, but I’m confident,” Lopez said of heading into the final today against No. 4 Maile Brilhante of Waiakea. “My goal is just to play my game.”

“I told both of them on Wednesday on the way to the Big Island that I dreamed they would be in finals,” Cohen said with a laugh. “They both thought I was kidding.”