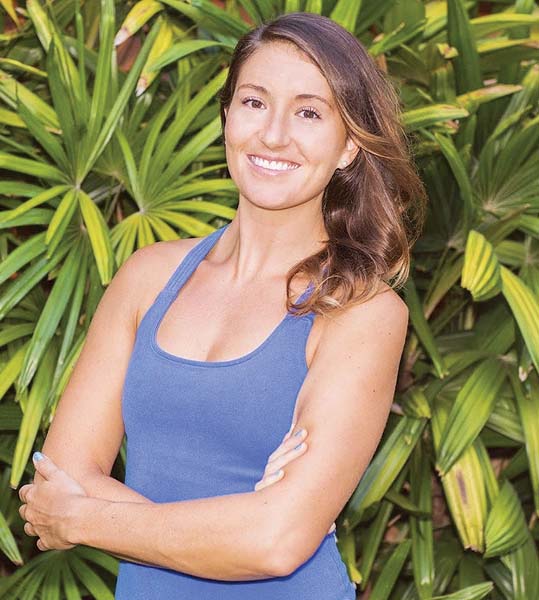 Amanda Eller has been found after a two-week search for the Haiku physical therapist, a family spokesperson confirmed on Friday.

As a ground and air search of the Makawao Forest Reserve continued into its third day Saturday for missing hiker Amanda Eller, her parents posted a $10,000 reward for anyone with information that leads to their daughter’s safe return, according to a family spokeswoman.

Eller, a 35-year-old Haiku resident and physical therapist, was last seen Wednesday morning. Witnesses placed Eller on a forest trail and her white Toyota RAV4 in the parking lot Wednesday between 8 a.m. and noon, said spokeswoman Sarah Haynes. Police said she was reported missing Thursday. Officials found her vehicle at the forest reserve parking lot after asking friends where she frequented, Haynes said.

Haynes said Eller’s parents are scheduled to arrive on Maui today from an overseas trip, along with other Maryland-based family members. They will join search efforts, she said.

Meanwhile, friends are asking for help from experienced rapellers and hunters to reach the outskirts of the densely covered forest reserve, which is filled with trails, creeks, rocks, trees, ravines, brush and caves.

“This vegan girl is calling out to the pig hunters and to people who know this forest inside and out, who will not get lost or harmed and who are in a group and can search the more difficult areas,” Hayes said, adding that walking the trails won’t help as they have already been scoured by searchers. “We are putting a call out to people, we need serious, trained, athletic searchers.”

Maui Police Lt. Gregg Okamoto said Saturday afternoon that there were no updates on the official search and that its duration is to be determined.

“We continue with our focused efforts in the search for Amanda Eller, in partnership with the Maui Fire Department, the state Department of Land and Natural Resources and American Medical Response,” he said. “We sincerely appreciate the outpouring of support from Maui Search & Rescue and the public in trying to bring Amanda home.”

Hundreds of volunteers, including Eller’s clients, have conducted on-foot searches since Thursday, Haynes said. Tracking dogs, helicopters, drones have also been deployed, according to police.

Eller’s vehicle was recovered by police with her cellphone and wallet inside, and her key hidden under the driver’s side front tire, Haynes said. It is typical she would “unplug” and run or hike without her phone.

Eller, who teaches yoga, is cheerful and well-loved, with no mental health issues or other reasons she may want to disappear or harm herself, Hayes said. While friends think she could have fallen, possibly losing consciousness, they also worry something nefarious could have occurred in the parking lot or on the path.

“Generally speaking, it’s highly likely she’s lost or injured in this forest and its equally as likely that she was intercepted by someone in the parking lot or on her run,” Hayes said. “As the days go by, and more and more people are in the forest, we get closer and closer to foul play.”

Haynes urged the public to get involved by visiting the official Amanda Ellers Missing Facebook page (www.facebook.com/AmandaEllersMissing). While they are seeking experienced searchers at this time, she asked that others get involved by printing or distributing signs with official information only, as seen on the FB page. Also, food and water donations at the forest reserve search base camp are welcome, she added.

“We are not anywhere near stopping this search,” Haynes said. “We are just getting started. You can live three weeks without food, and there are a lot of water sources up there.”

She urged people, especially those who may have been in the area from 8 a.m. to noon Wednesday, to come forward with tips, which may be anonymous through Maui Crime Stoppers at 242-6966.

“If anyone out there knows anything that may have been done to her, please, we need to get her home.”

* Kehaulani Cerizo ­can be reached at kcerizo@mauinews.com. 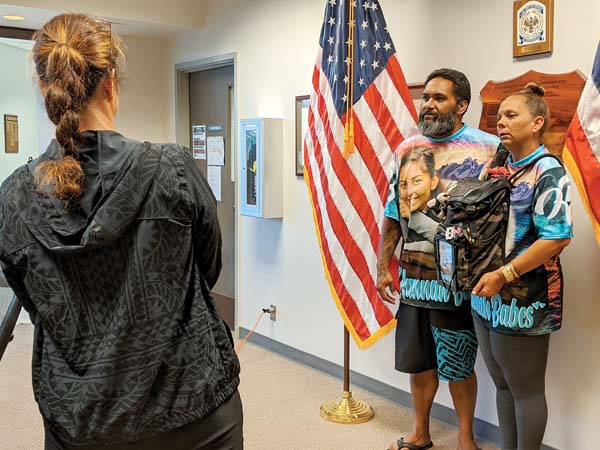 • The state reported nine new cases Wednesday, two on Maui, seven on Oahu. One case was moved from unknown ...

Forms for interisland travel can now be submitted online

Gov. David Ige has given his verbal OK to keep the Hana Highway checkpoint near Twin Falls in place until July 15 ... 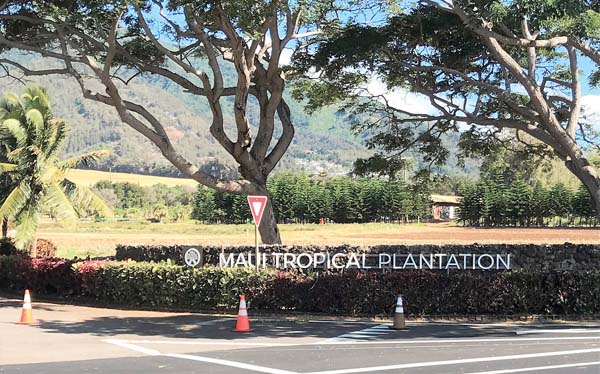