His voice remains clear, even in his 70s, as long as he gets his sleep 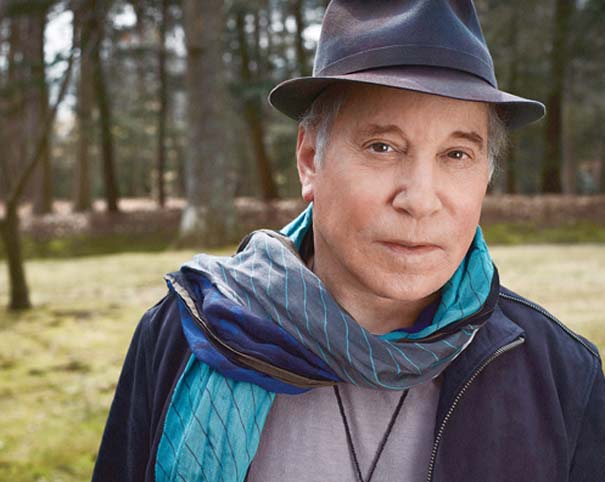 Paul Simon, 77, has a home on Maui with his wife, singer Edie Brickell. -- MYRNA SUAREZ photo

Early last year, Paul Simon announced he was going to retire from touring. One of America’s greatest songwriters, Simon reported he might present the occasional show in the future to benefit various environmental causes.

His last concert, “Homeward Bound — The Farewell Performance,” was held on Sept. 22 in the New York borough of Queens, where he spent his formative years.

Eleven months later, the 77-year-old legend has decided to return to the stage, performing on Maui as a way of showing appreciation for our island, where he has a home with his wife, singer Edie Brickell.

First as a duo with Art Garfunkel and then as a solo artist, over the course of seven decades Simon has contributed immensely to popular culture, winning 16 Grammy Awards and releasing a series of masterpieces, acclaimed recordings that still sound fresh and potent today.

Released in 2018, his most recent album, “In the Blue Light,” reimagines some of his lesser known songs that are personal favorites. 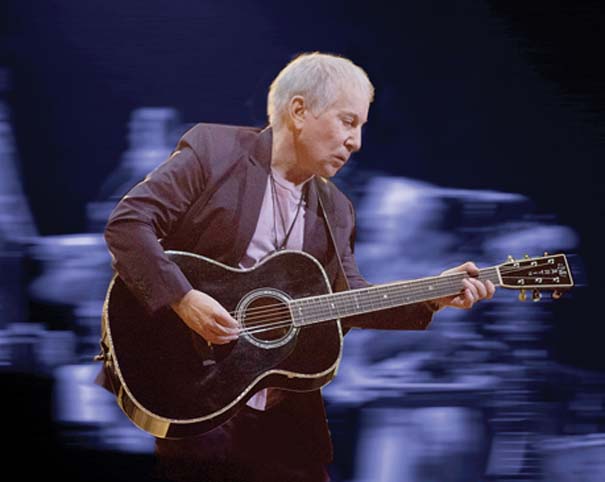 The legendary Paul Simon plans to play songs “that are familiar and that people know” at his concerts Tuesday and Wednesday at the Maui Arts & Cultural Center. -- JAKE EDWARDS photo

Interviewed by phone during a break in rehearsals on the East Coast for the upcoming shows, Simon talked about his affection for Maui and his desire to support local environmental causes.

Q: This is your first time playing a concert on Maui. It’s a real treat for us. What led you to decide to perform these shows at the MACC?

Paul Simon: “I’ve been living in Maui for several years for part of the year and I was going out to do some shows for environmental groups on the West Coast, so I thought this was a perfect opportunity to say a big thank-you to our new home and how grateful we are that we are living there, and to be able to make some kind of contribution to the people and the land and show our respect and our affection for Maui.

“Last year was the first my wife Edie and I were able to spend most of the winter in Maui. It was the first time that all the kids had graduated or were away so we were empty nesters, and we settled in very happily from December through the end of March.” 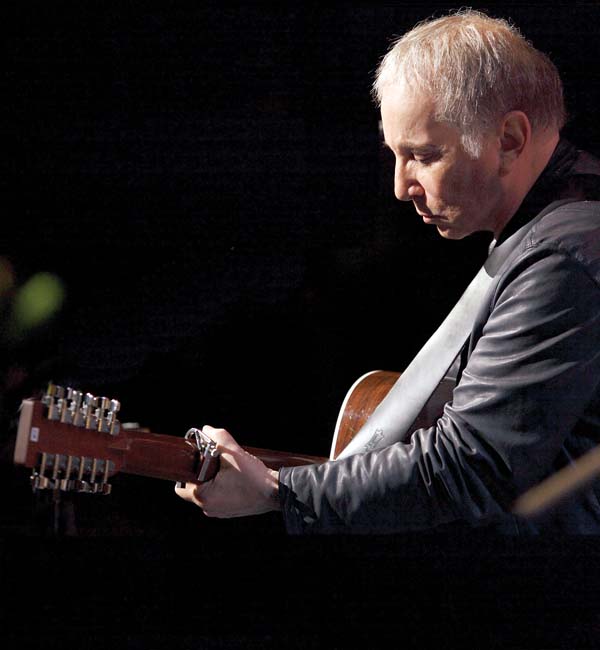 Keola Beamer will be playing with Paul Simon at his benefit concert for two environmental groups. -- MARY ELLEN MATTHEWS photo

Q: It’s wonderful that you are focusing on local environmental groups as beneficiaries for the Maui concerts. The Auwahi Forest Restoration Project is helping reforest Maui with native trees and Kua’aina Ulu ‘Auamo (KUA) is helping protect the ocean and land.

Simon: “I’m very pleased to be working with Art Medeiros (botanist with Auwahi Forest Restoration Project). We met through a circuitous route. I went to pay a visit to the botanical gardens (in Kahului), and there I was referred to Anna Palomino in Haiku, who has a nursery concentrated on indigenous plants. I wasn’t familiar with what was indigenous and what came from outside, and I started to look at the land that we have and think about how to replace the invasive species with indigenous species. And everybody sort of led me to Art Medeiros. He came over and we had a really nice afternoon together. I watched his illuminating TEDx talk and I told him I’d love to help his project and I’m going to do some concerts in Maui this summer. I’ll split the profits between you and one other organization. That’s how KUA came to be recommended. Many people suggested they were a worthwhile organization to support. That’s how I chose the two of them. On a personal level, Art Medeiros and I are in fairly constant contact.”

Q: I understand you have also connected with Hawaiian musician Keola Beamer, and he might perform at your MACC shows?

Simon: “We’re just about to rehearse two of Keola’s songs. He’s an exceptional musician, a very good player and beautiful singer. I became familiar with his music, and I thought it would be nice if he would come up and sing a song. We’ll see what that is. I’m trying to learn how to sing the harmony that his brother always sang. We might be a touch under-rehearsed. He’ll be there, and there’s no question that he will bring the spirit of the island to the concert.”

Q: Do you think you will cover an array of your most loved songs at the shows?

Q: Talking about changing arrangements, I really like the new orchestral arrangement by Bryce Dessner (of the band The National) of your song “Can’t Run But” on your latest album, “In the Blue Light.” It really enhances the song.

Simon: “Bryce’s arrangement is really clever. It’s really good. I just finished (playing) that before the phone call. He did a great job. The arrangement on ‘Magritte’ (‘Rene and Georgette Magritte with Their Dog after the War’) by Bob Sirota (on the ‘In the Blue Light’ album) was also a beauty.”

Q: The juxtaposition of imagery of the famous surrealist painter and the music of doo-wop bands on your “Magritte” song is really brilliant.

Simon: “That’s what it was meant to be. Both of those songs were not really familiar songs from my repertoire, but I always thought they were really interesting. But once I started performing them in my show with yMusic they became almost favorites. It will be interesting to play them in front of a hometown audience there.”

Q: Talking about favorites, I imagine “Graceland” is among your most loved songs in concert. I read that you once thought it was your best song.

Simon: “It probably was at one moment in time. It certainly would be up there. I don’t really have one constant favorite song. That’s a good one. I like the track a lot. The story has enough elements of biography to be emotionally resonant for me personally and enough imagination for it to go and take you off hopefully into some other sonic place. That song is fun to do and reexamine from time to time. We just did it the other day and went back and listened to the original recording again to learn if there was anything had changed gradually over the years that we might want to rethink about.

“That’s what happens with these songs, I go back over them and I kind of fix things that maybe I missed the first time or I was unaware of, or players in the band change.

“We have a guitarist from Nigeria, Biodun Kuti, who is a great player. He replaced a truly great player, Vincent Nguini, who passed away. So we go to Biodun’s strength and he and Bakithi Kumalo (the South African bassist who played on ‘Graceland’) give us the African songs with some connection to colors coming from the continent.

“We’re a band that plays a lot of different styles of music, and everybody comes from different places culturally and musically. So we have to merge and find some voice that acknowledges the roots of the music and at the same time is not tied to the arrangements of the records, so that anybody can be free to be their own selves as musicians. It’s a really good bunch of musicians.”

Q: I just want to acknowledge that it’s remarkable how, unlike most of your peers, you have continued to innovate and craft extraordinary, imaginative songs into your 70s, like with the acclaimed “Stranger to Stranger” album in 2016.

Simon: “Thank you. I’m very fortunate that my voice stayed clear. Usually just by this decade (in his 70s) your voice starts to become frayed. As long as I get a lot of sleep and rest it, my voice is pretty clear. Part of the reason I stopped touring is that when I went on tour I had to go to sleep so much to get my voice ready for the shows. I had nothing to do in between shows except go to sleep. I’ll sleep very comfortably in Maui. I’ll be in my own bed.”

* Jon Woodhouse writes the “Mauibeat” music column for Maui Scene. He can be reached at jonwoodh@gmail.com.