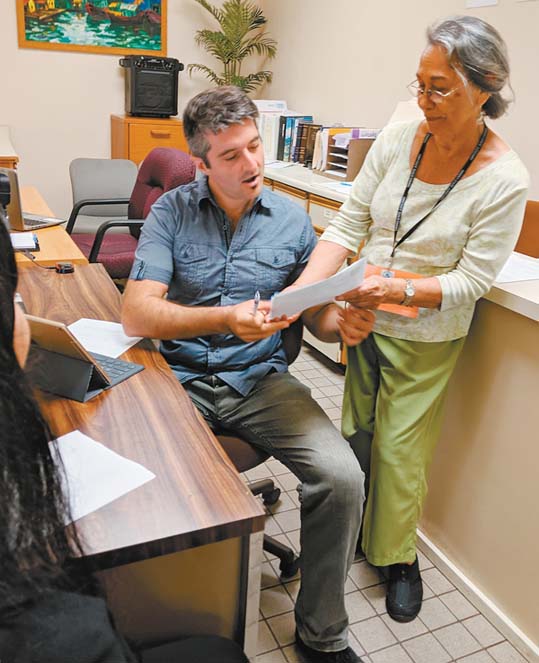 Attorney Damir Kouliev and Court Navigator volunteer Lani Scott help out Monday morning at the Self-Help Center on the first floor of Hoapili Hale, the state courthouse building in Wailuku. Volunteer attorneys staff the center on Mondays and Thursdays to provide legal information to people representing themselves in District and Family Court civil matters. The Maui News / LILA FUJIMOTO photos

WAILUKU — A few people were waiting in line when the Self-Help Center opened for its first Monday, as part of an expansion of the program that offers free legal information for people representing themselves in District and Family Court civil matters.

“Mondays are such an intensive civil calendar,” said Kouliev, who signed up to fill the first volunteer attorney slot Monday at the center on the first floor of Hoapili Hale, the state courthouse building. “Mondays are a natural choice for having the Self-Help Center open.”

Now people who appear in court Mondays can get court forms from the Service Center as well as legal information from a volunteer attorney.

“I think it will be good,” said Lori Dodd, supervisor of the Service Center, which has court forms and packets for Family and District Court matters including temporary restraining orders and divorces. 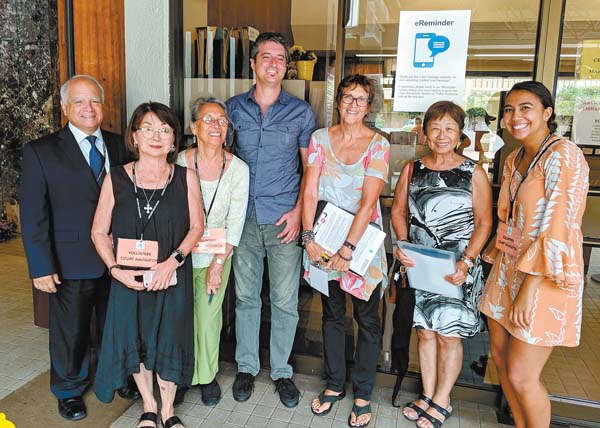 She said the Service Center can provide the paperwork but not legal advice to self-represented litigants, who are sometimes referred to the Self-Help Center.

“A lot of people utilize it,” Dodd said. “We see days when there are lines and lines of people.”

Since the center opened in October 2012, volunteer attorneys have had more than 4,000 consultations with people representing themselves in civil legal matters for landlord-tenant cases, collections, divorces, child custody and temporary restraining orders.

People also receive help from Court Navigator Program volunteers, who arrive by 7:30 a.m. Mondays to give directions to courtrooms, help visitors who need interpreters or accommodations for sight or hearing impairments and provide information on court procedures.

In addition, plans are underway to start a trial clinic to teach unrepresented litigants how to present or defend their cases, said recently retired 2nd Circuit Chief Judge Joseph Cardoza.

“We’re bringing the various segments of the Access to Justice projects in the building together,” Cardoza. “It’s part of a bigger picture to have all of that linked together to make that accessible to people who are not represented by attorneys.”

The Self-Help Center used to be open only on Thursdays, while District Court civil cases are heard on Mondays, Cardoza said.

He compared it to the way mongoose were introduced in Hawaii to control rat populations, in a strategy that went awry because rats are nocturnal while mongoose are active during the day.

The Self-Help Center still will be open Thursdays, but from 10 a.m. to 1 p.m.

The hours were revised so attorneys are less likely to be in court and government attorneys can volunteer during their lunch hours instead of taking vacation, Cardoza said.

A volunteer from the Court Navigator Program, started last year in 2nd Circuit Court, is assigned to the Self-Help Center.

“It’s great to be of service,” said Pam Lavarre, who has been a Court Navigator volunteer from the program’s start.

She said Judge Cardoza called her to volunteer three days after she retired from the state, where she worked in consumer protection.

She keeps landlord-tenant code books to hand out to people and has lists of county agencies offering legal help.

“I try to be of service,” Lavarre said.

She said she has become friends with other volunteers, including retired teacher Diane Sueno. “Of all the good things this program has gotten me, the best is my new best friend,” Lavarre said.

Nicole Neilson, who is starting her senior year at Saint Martin’s University in Washington state, volunteered as a navigator for the summer.

“It was truly eye-opening,” she said. “Reading, learning and taking tests is completely different than to be here.”

Kouliev said the focus on the Self-Help Center goes along with a revamping of the bar association website at mauibar.org to try to make it more of a resource for attorneys as well as the public.

Kouliev, whose law practice is focused on criminal and family law, said he took an interest in the Self-Help Center as a way to help people who are unfamiliar with the legal system.

“If you have no familiarity with the way the court legal system works, you’re pretty lost,” he said. “That’s why I’m so interested in this. A lot of attorneys take for granted the gap of information that exists between your average law-abiding lay person and attorneys and court staff.”

He said the Court Navigator volunteers “are kind of like the warm and nurturing customer service Walmart greeters.”

“Seeing them right as you come in is huge,” he said. “There’s so much anxiety that people have.

“There’s a lot of dread and anxiety people feel when they deal with legal issues, especially if you’re in your 40s and 50s and have never been to court before. Those are the kind of people I really try to assist.” 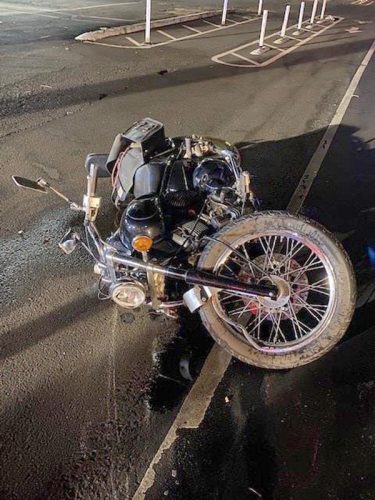 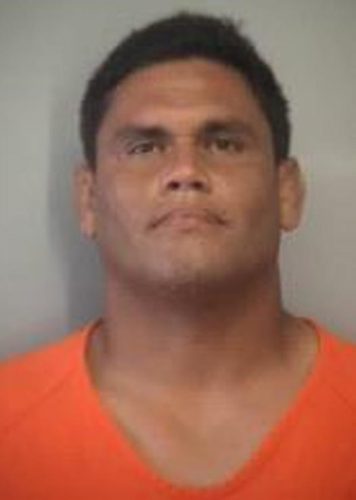 Science finds being kind pays off in the end