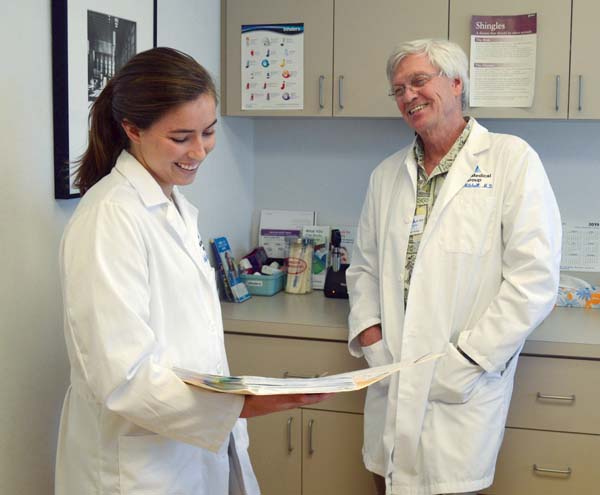 The doctor shortage in Maui County continues to grow with a recent preliminary Hawaii physician workforce report showing the county currently 166 doctors short of the number needed, up from 141 in 2018 and 139 in 2017.

Among specialists, Maui County has no colorectal surgeons and has a need for physicians in endocrinology, hematology-oncology and neonatal-perinatal care, according to 2019 Hawaii Physician Workforce report, which was presented last weekend at the Health Workforce Summit. The event is hosted annually by the University of Hawaii John A. Burns School of Medicine Hawaii Pacific Basin Area Health Education Center in Honolulu.

There is a bit of good news in the report, which will be presented to the state Legislature. Maui has two neurosurgeons, who came to the island earlier this year; the report showed no neurosurgeons last year. They were recruited by Maui Health System, the Kaiser Permanente company that operates Maui Memorial Medical Center, Kula Hospital and Lanai Community Hospital.

The report still needs to be finalized before it is submitted to the Legislature in December. Researchers continue to reach out and attempt to collect data on some 60 physicians who have not responded this year but have been surveyed in the past, UH medical school officials said.

Not just a Maui issue, the doctor shortage is being felt statewide. There are 108 fewer practicing physicians in the state currently than at the same time last year, according to Dr. Kelley Withy, the principal investigator for the report and director of the Hawaii Pacific Basin Area Health Education Center.

Data show that 49 Hawaii doctors retired last year, another 58 physicians reduced their work hours by entering semiretirement and that at least 39 doctors left the state.

Overall, the state has a shortage of 830 doctors, up from 797 last year, the survey showed.

The study does not take into account visitors to the islands, Withy said.

The proper number of physicians is based on a model of comparable populations and the average number of doctors an American community would use.

Hawaii island continues to have the largest shortage in the state by percentage, at 41 percent; followed by Maui County, 39 percent; Kauai, 30 percent; and Oahu, 18 percent.

The reasons for the physician shortage include low pay; Hawaii’s high cost of living; and spouses having a difficult time finding jobs and schooling for children, Withy has said. Doctors prefer to work in modern medical facilities and in an active medical community, things Hawaii may not have.

This may take away from seeing patients, unless the doctors hire additional staff to help them with some of those tasks, the news release said.

Another factor is a new reimbursement structure called “payment transformation,” which was implemented by Hawaii Medical Service Association in 2017. Under the program, the health insurer reimburses doctors a fixed monthly rate for each patient rather than on the number of visits.

Doctors don’t like the reimbursement system. In a survey about payment transformation, which was included in the report, 55 percent of 157 doctors said they were “very unhappy” with the system. And 43 percent of 153 doctors surveyed said the system has “decreased income more” since 2016.

HMSA said they are “on the right track” with payment transformation. It began as a pilot program in partnership between the insurance carrier and 107 primary care providers on Oahu and Maui and replaced the model that favored quantity over quality.

Payments are adjusted to reflect the needs of the sickest patients while also compensating providers when they engage patients with preventive measures like screenings, HMSA said in a July news release.

HMSA said the new system makes it easier to offer more comprehensive health services in fewer office visits, frees up doctors’ office schedules to accommodate those most needing attention and improves quality of care of all of a doctor’s patients.

Maui health care providers from the locally-based to those with national backing know doctors are needed and continue their recruiting and hiring efforts.

Maui Health System said that since January it has brought on seven new physicians, with one more on the way. They include two neurosurgeons, a surgical oncologist, a trauma surgeon, a vascular general surgeon, a cardiologist, an interventional cardiologist and a nephrologist, who is coming on this month.

“We have been successful in our physician recruitment and will diligently continue our efforts. There is no question that we still need more doctors on this island,” said Michael Rembis, CEO of Maui Health System. “Here on Maui, we are already doing something about the physician shortage and are committed to our community in making a difference for health care here on the Valley Isle.”

Maui Health System said it is actively recruiting for doctors in medical oncology, gastroenterology, internal medicine, pulmonology, cardiology, psychiatry, nephrology and urology. It currently has 206 active physicians on the medical staff at its three hospitals.

“We are recruiting. We would like to add more (doctors) to help out the community more,” he said Wednesday. “We are doing OK. People are being seen. We are not having much of a backlog.”

If a person is sick and wants to see a doctor, the goal is to have the patient come in that same day, even if it is at the after-hours clinic, he said. Patients still may need to wait for appointments with physicians for certain heath issues, such as to discuss medical history and looking over medications.

The locally-based Maui Medical Group has five offices on Maui, with the main one in Wailuku. Other sites include Kihei, Lahaina, Pukalani and Kahului.

Laura Lott, spokeswoman for Kaiser Permanente in Hawaii, said Wednesday that its 129 providers on Maui are supported by 15 to 20 off-island specialists who come to Maui each week to provide care. Specialists in allergy, rheumatology, neurosurgery, pulmonology, pediatric cardiology, perinatology (maternal and fetal medicine), and pain management fly to Maui to see patients.

In addition to visiting physicians, Kaiser uses “tele-health” when appropriate, she said. For example, cancer and kidney patients can have a video visit with their Oahu oncologist or nephrologist.

Also earlier this month, Kaiser Permanente’s Wailuku Medical Office welcomed Dr. Ryan Leary to the otolaryngology department. Prior to moving to Hawaii, Leary conducted clinical research in otolaryngology at the Montefiore Medical Center and at the University of California Irvine School of Medicine, where he also received his medical degree.

Kaiser has clinics in Kihei, Lahaina and Wailuku, along with two in Maui Lani. 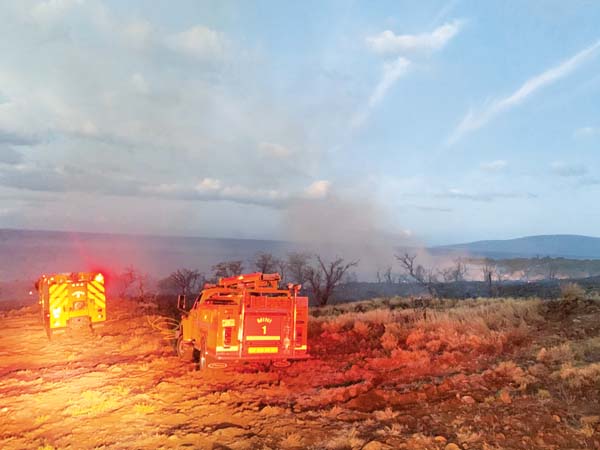 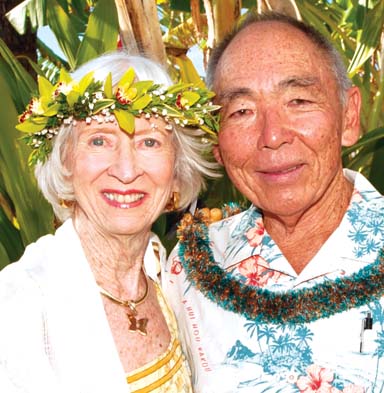 Tech in the Color Purple