Makakupa‘ia Bridge, set to be replaced, was built in 1940 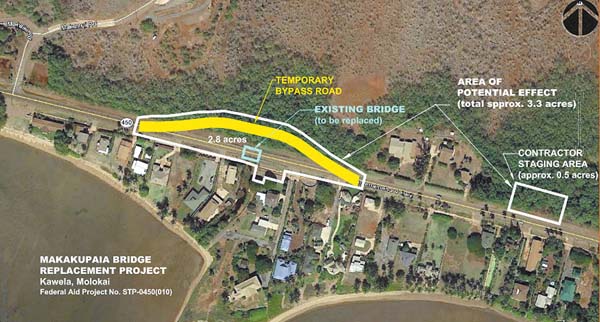 Replacement of a nearly 80-year-old bridge on Molokai’s south side in an $8.5 million project that would more than double its length and include wider shoulders for pedestrians and cyclists is being proposed by the state Department of Transportation.

The Makakupa’ia Bridge replacement project would last 18 to 24 months. The project’s environmental assessment received a finding of no significant impact by the state Department of Transportation.

Under the proposal, the new bridge would be 49 feet long and about 42 feet wide. It would include two 12-foot-wide traffic lanes and two 8-foot-wide shoulders “for pedestrians and cyclists.” The bridge, which would conform to current state and federal highway and transportation standards, would be built entirely within the highway right-of-way.

Built in 1940, the Makakupa’ia Bridge, about 4 miles east of Kaunakakai, is located at Milepost 3.94 on Kamehameha V Highway, the only thoroughfare between Kaunakakai and Halawa on the south shore of the island. It is about 23 feet long and 28 feet wide with two 11-foot lanes, 2-foot shoulders and no designated bike lane. 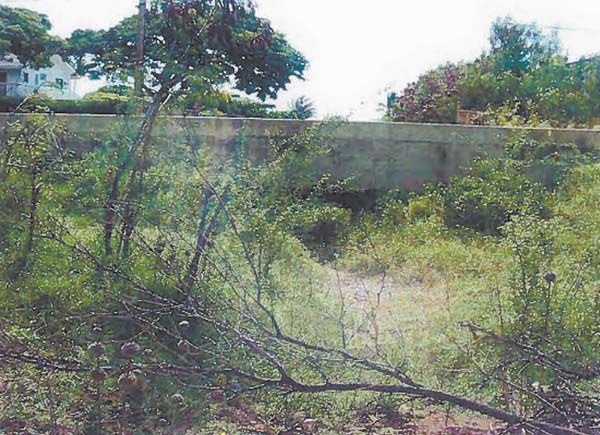 During construction, traffic would remain open with a temporary bypass road built on the mauka side; the bypass would be removed after project completion. A contractor staging area would be on the mauka side of the highway, east of the bridge.

For residential parcels on the makai side of the highway, access would be located within the highway right-of-way but outside areas impacted by construction, the report added.

Environmental reviews are mandated for the project due to its proposed use of state land and funds.

The information appeared in the state’s Office of Environmental Quality Control’s Aug. 23 publication of The Environmental Notice.