Board to Hart: Avoid conflicts of interest 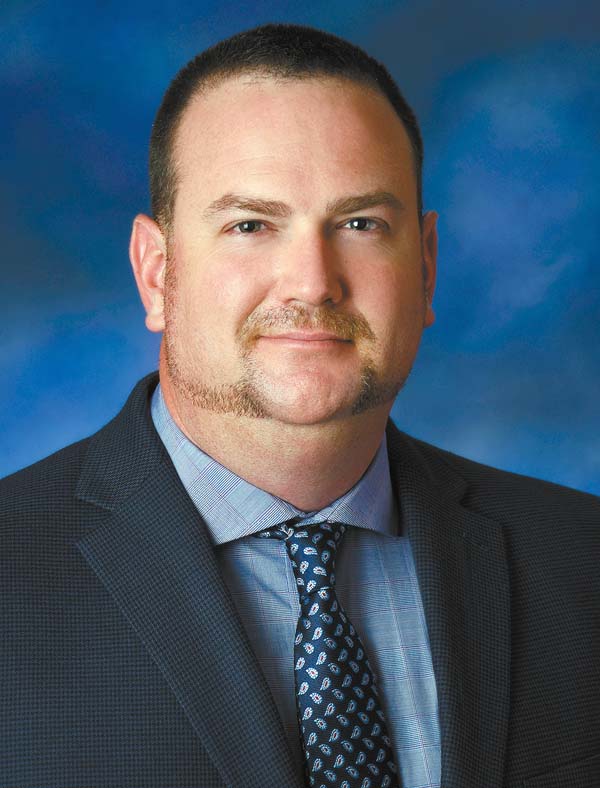 WAILUKU — The Maui County Board of Ethics is advising Deputy Planning Director Jordan Hart to “avoid handling or exercising any discretionary authority” on matters he previously handled while at his planning and landscape architecture firm, Chris Hart & Partners.

But the board is not restricting Hart’s work on matters including community plans or administrative rule amendments if he was asked or contracted by Maui County to work on those items while at his company, according to an email statement from the Ethics Board on Thursday afternoon.

The board is in the process of issuing a written advisory opinion for Hart, who asked the board how to avoid potential conflicts of interest between his new job and his old job as owner of a city and regional planning and landscape architectural firm.

The written opinion is expected to be formally approved at the board’s next meeting on April 10.

Hart, the owner of Chris Hart & Partners in Wailuku since 2011, said in a letter to the board that he divested all of his ownership stake on Feb. 8. He bought the company from his father, Chris, who died in 2012.

The younger Hart told The Maui News early last month that he was selling the ownership stake since his company worked closely with the Planning Department on projects for clients. Hart assumed his position with the county administration on Feb. 19, a county spokesman said.

His appointment did not need confirmation by the Maui County Council.

Board Chairman Matthew Macario recused himself from the vote and presiding over the matter because he has worked with Chris Hart & Partners in the past.

After the meeting Wednesday, Hart declined to give comment until the written advisory opinion was issued.

On Thursday, officials with Mayor Michael Victorino’s administration were asked if Hart was given any directives on how to proceed at his job as he waits for the board’s written opinion. He would be deputy director of the Planning Department for a month and a half before the written decision would be rendered.

“Mr. Hart understands that he needs to avoid potential conflicts of interest by recusing himself from involvement in Planning Department activities that involve his former business, and he looks forward to receiving written guidance from the Board of Ethics,” said county spokesman Brian Perry on Thursday.

In his letter to the board, Hart sought opinions on six scenarios he could face as deputy planning director:

• Handling projects he worked on while at the firm.

• Working on land use applications that are being processed by the firm.

• Working on government plans or rules that are being prepared by the firm.

• Working with landowners with whom he previously worked, but on new projects that Hart was not involved with while at the company.

• Working with government agencies on plans or rules that Hart worked on at the firm.

• Working with government agencies on plans or rules that Hart did not work on but did monitor while at the firm.

Before the board went into executive session, Hart faced questioning in open session with some members expressing their opinions.

Member Sara Gadarian read the six points Hart wanted addressed and then said: “I believe all of those represent a conflict of interest.”

“It is our duty as the Board of Ethics to notice when potential conflicts of interest arise. You have come to us for an opinion to guide you in your actions. . . . I have made a statement in what my position is in those regards,” she later added.

Hart responded that he anticipated the board would find conflicts with projects that involved financial gain but didn’t expect issues regarding plans or rules that he just monitored while at the company.

He also didn’t expect objections to him being involved with county projects he worked on while at Chris Hart & Partners, such as the Iao Valley Master Plan project.

Member David Weiss questioned Hart about a buyback option noted in his letter to the board. Hart said that the agreement of sale does include a buyback option for the land-use planning portion of Chris Hart & Partners, which is approximately 51 percent of the company.

The buyback option expires four years and one month from the date of sale, the letter said. Victorino’s mayoral term is for four years; he can serve a total of eight years if re-elected.

Weiss noted that there is potential for financial benefit down the line for Hart if projects are brought forth now by the firm to the department.

“That would have to be handled with care,” Weiss said, noting it could be a “potential conflict.”

Hart told the members he expected this sentiment from the board and that is why he made a point of explaining the buyback clause. He did not elaborate further on the clause.

There would be staff in the Planning Department, including Planning Director Michele McLean, who could handle the projects from which he needed to exclude himself.

In another unrelated matter, the board indicated that it did not find a conflict of interest with Finance Director Scott Teruya serving on an advisory committee for the Wailuku Civic Complex.

As the county’s real property tax administrator prior to his appointment, Teruya was placed on the committee.

During his confirmation process before the Maui County Council, Council Member Tamara Paltin asked Teruya if it would be OK for him to receive an advisory opinion on the appointment, Teruya said at Wednesday’s meeting.