Kahoma Stream is blocked by debris, dries up 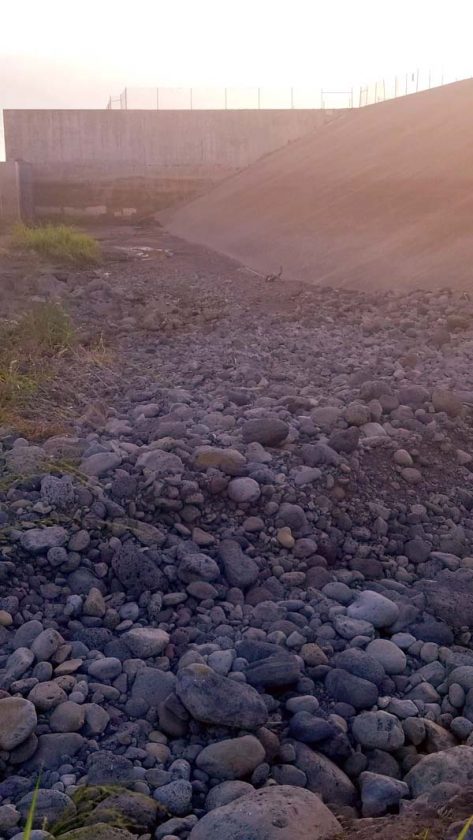 Community members described Kahoma Stream as “lifeless and bone dry” after storm debris clogged a ditch and said it set back several years of work to restore the stream. TIARE LAWRENCE photos

A West Maui stream that community members have fought to restore dried up temporarily, putting marine life at risk and spurring criticisms of the organizations tasked with maintaining stream flows.

Kahoma Stream dried up Tuesday after storm debris clogged a ditch, and while the water was starting to trickle back down the riverbed on Wednesday, community members feared the incident would set back much of the work they’ve done.

“For the last eight years we have worked diligently to get mauka to makai water flow and in stream flow standards,” said Archie Kalepa, board member of Ka Malu O Kahalawai, a community-based organization working to restore Kahoma Stream. “It is appalling that the people that are left to manage Kahoma Stream is not doing their part.”

In a news release, members of Ka Malu O Kahalawai blamed Kamehameha Schools and West Maui Land Co. Kamehameha Schools, which owns the intake deep in the valley that controls the stream flow, said Wednesday that “storm debris had clogged the ditch at a couple of different points.”

“Workers went in this morning and used chainsaws and shovels to remove trees and logs and then flushed out the ditch,” spokeswoman Crystal Kua said. “Additional measures were taken to assure that water continues to flow.” 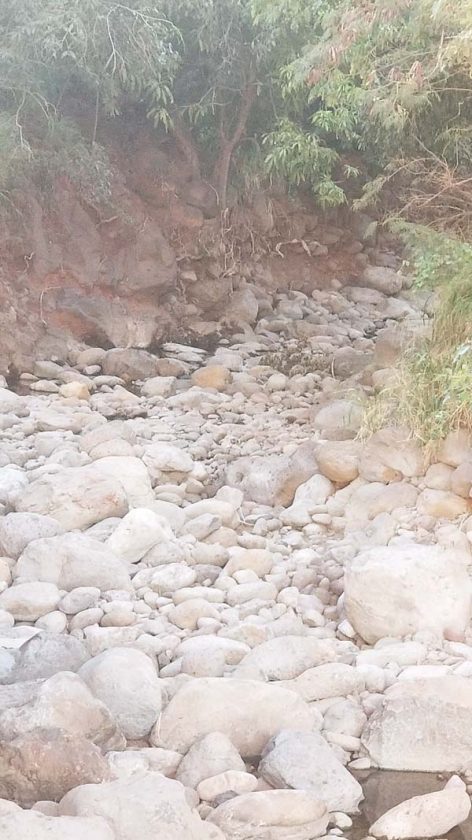 Kahoma Stream was without water Tuesday after storm debris clogged a ditch. While the water started to trickle back down Wednesday, community members feared the impacts to marine life.

West Maui Land Co., which still benefits from diversions, did not return requests for comment about what it does to monitor stream flow and how often it checks the stream.

Kai Keahi, a teacher at Lahaina Intermediate and founder of Ka Malu O Kahalawai, said he checks the stream on his way to and from work every day. Usually after storms, the stream level goes down but eventually returns to normal.

“But what happens was after this storm, it kept on going down, down, down,” Keahi said Wednesday. “I said, ‘Wait, this is not right.’ I was waiting for the return. Then yesterday, completely dried up. The biggest thing for us is all that 10 years of work and eight years of putting the water back in the stream pretty much in one day got wiped out.”

By Wednesday, the stream was starting to flow again, but the water was still a little warm, Kalepa said. He and Keahi, who went to check out the stream near the Lahaina bypass on Wednesday, reported small pockets of water where oopu, or gobies, had congregated. Kalepa said years of restoration work have taught him how important not only the stream flow is but also how cold and clear the water is. Even a day or two of no water can have major consequences.

“The impacts are scary,” Kalepa said. “When I say the impacts are scary, it’s because the resources that are in that stream are so valuable to the ecological system from mauka to makai that only now we’re beginning to understand. . . . To make sure those standards are constantly being guarded is so important to life, the taro patch, the entrance to the ocean, all of these things.”

Kalepa said community members planned to return to the valley today to check on the taro patches.

Kahoma Stream has made great strides after being diverted for more than a century. From 1860 to 1999, Pioneer Mill Co. grew sugar on land leased from Kamehameha Schools and created diversions that dried up the original streams.

In 2011, Kamehameha Schools started releasing water past its diversion at the 1,850-foot level, in coordination with community members who were working to restore traditional loi kalo, or taro patches, in the area.

Many celebrated when Kahoma Stream began flowing again from mauka to makai, providing enough water for native species to thrive and for taro patches to be planted and harvested along the stream. Community members, who have worked with The Nature Conservancy to survey West Maui streams, have reported seeing all five species of oopu in Kahoma Stream, a rare sight and a strong indicator of the stream’s health.

In November, the state Commission on Water Resource Management adopted in-stream flow standards for Kahoma and Kanaha streams in West Maui. The commission required 3.49 million gallons per day to flow in Kahoma Stream below the Kamehameha Schools’ diversion deep in the valley.

Keahi and Kalepa said the drying up of Kahoma Stream was a sobering reminder of how important it is to actively monitor flows in long-diverted streams. They said they planned to have a conversation with Kamehameha Schools, West Maui Land Co. and the state on solutions “to minimize or prevent things like this from ever happening again,” Kalepa said. He suggested funding for enforcement, gauging and accountability.

Keahi said that if a storm is on the horizon, the intake should be actively monitored to make sure debris doesn’t keep the water from flowing. He added that he thinks it’s a conflict of interest for private entities to manage public resources, especially if they benefit from the water being diverted like West Maui Land Co. does.

Keahi said “we let our guards down” after the commission’s ruling in November.

“And then this happened,” he said. “No more — we not going let our guards down, ever.”

The Maui News was unable to obtain comment from the state Department of Land and Natural Resources late Wednesday afternoon.