All MIL sports are suspended indefinitely 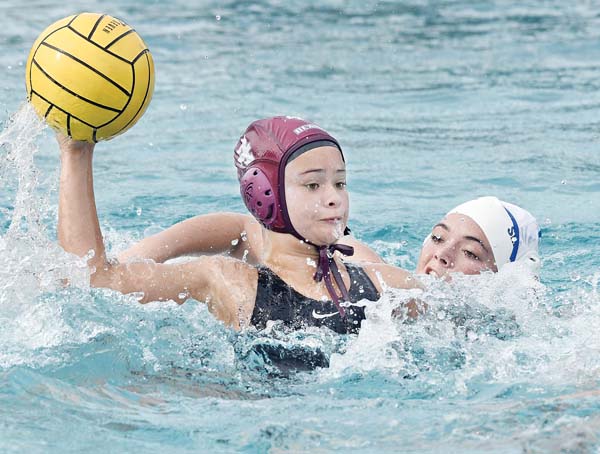 It looked like practice as usual for the Baldwin High School baseball team on Friday afternoon at Maehara Stadium, but it was far from it.

The Bears, winners of 10 straight Maui Interscholastic League pennants and two of the last four state titles, were scheduled to open their MIL season on March 24 against King Kekaulike.

That Baldwin opener is not going to happen.

The Hawaii High School Athletic Association, in conjunction with the state’s five leagues, issued a press release on Friday afternoon announcing that high school athletics statewide have been put on hold starting no later than Monday.

The Big Island pulled the plug on sports immediately Friday, the MIL let contests go on Friday, but said that was it. At least, for now.

“All interscholastic competition will be suspended indefinitely based on the evolving COVID-19 public health threat,” the HHSAA release said.

There appears to be some hope that the players will be able to get back to competition before the end of the school year.

“The possible resumption of play will not be made without the HHSAA first consulting with the Hawaii State Department of Health and the Lt. Governor’s office,” the release said. “The HHSAA will also continue to evaluate the situation and make a later determination regarding its spring state tournaments scheduled for May.”

MIL teams have been told they may continue to practice, according to several coaches. A phone call to MIL Executive Director Joe Balangitao seeking comment was not returned.

“I found out today from Wade Hondo, our athletic director — he sent that letter from the HHSAA,” Baldwin baseball coach Craig Okita said. “I kind of anticipated (this). I talked to our coaches a few weeks back, saying that this was a possibility. I just felt that if it continued to get to where it’s at today, this would happen. I’m very grateful that we got our tournament in (March 5-7) because that was really bothering me, you know, teams traveling and all that money spent.”

Okita is hopeful that there will be some kind of season. The Interscholastic League of Honolulu announced that “All league activities will be suspended from March 16, 2020 to April 13, 2020” via Twitter.

“In that letter they did say that they would be looking into the situation, department of health and whoever the superiors may be,” Okita said. “I’m hoping that this blows over and, you know, we’re able to get started. I don’t mind playing a lot of games in a short period of time, but even if they need to modify our season, I’d be grateful for that as well.”

HHSAA Executive Director Chris Chun said in the press release, “The priority of the HHSAA continues to be the health and safety of our student-athletes, coaches, administrators and members of the community.

“We hope that play can resume before the school year ends, but must be mindful not to jeopardize the health of our community in doing so. This decision was not made lightly and is supported unanimously by our member leagues.”

For Baldwin junior Ben Ziegler-Namoa, it was certainly a sad day, but he has hope, too. The state baseball tournaments are scheduled for May 12-15 on Oahu.

“Bummed, that’s the initial reaction,” he said. “But we’re going to keep working hard just in case anything pops up or if we get the chance because it’s not for sure yet, but, I mean, we’re just going to keep practicing.

“I’m actually really grateful that we get to keep practicing because this prepares the team for next year if we don’t get this year. I feel bad for the seniors.”

Kapena Kamai, a Baldwin senior headed to Shasta (Calif.) Junior College in the fall to play football, said he is also hopeful that the season will resume. The Bears baseball team was 9-1 in preseason play and ranked No. 1 in the state by scoringlive.com.

“Most of our boys over here are disappointed about the season,” Kamai said. “Coming out here with a our last Baldwin tournament, it came out good, we know where we’re at. … Then again, these boys are very good and hopefully we can prove that and keep working.”

The second MIL surfing meet of the season that was scheduled for today at D.T. Fleming Beach Park is off, despite epic conditions apparently setting up. The MIL has meets scheduled for March 28, April 11 and April 25 — there is no state meet for the sport.

“It’s unfortunate because Fleming is probably going to be the best its ever been in the seven years we’ve been doing MIL surfing there,” MIL surfing co-coordinator Kim Ball said. “We were told by the county that the Beach Park will be open, but since all MIL competition is called off, yeah, we’re done.”

Mayor Michael Victorino announced that County of Maui fields, pools, gyms and other facilities, including public restrooms, will be closed for the next 30 days starting today, via a press release.

The public is advised that the temporary closure may be extended, depending on health and safety concerns related to the coronavirus.

“To protect our players and their families, we recommend that our local sports leagues take added precautions and temporarily suspend all league activities until further notice from the County,” Victorino said. “We are constantly monitoring this virus and will reopen facilities as soon as we believe it is safe for our families, especially our children and kupuna.”

The Maui Girls Softball Association was forced to call off its opening day festivities scheduled for today at the Central Maui Sports Complex.

“I just got a text message saying Mayor Victorino had told us we’re not allowed to play or practice and our opening ceremonies were cancelled,” former MGSA Commissioner Tom Cooley said. “There has been no time frame so far. Everybody is very disappointed, some of them have been practicing since December and the first game was supposed to be (today). It’s kind of hard to have been going through it for so long.”

The Warriors were scheduled to play a pair of noncounting interdivision games at Molokai Friday and today, but did not make the trip due to concerns about the weather. Lanai boys volleyball played its match Friday at Molokai and Hana played its match at Seabury Hall.

“We’ve been told practices are still OK, but as far as when competition will resume there’s been no word yet,” Vaught said. “We spoke a little of it yesterday in anticipation for something like this, and they were very disappointed, especially the seniors.”